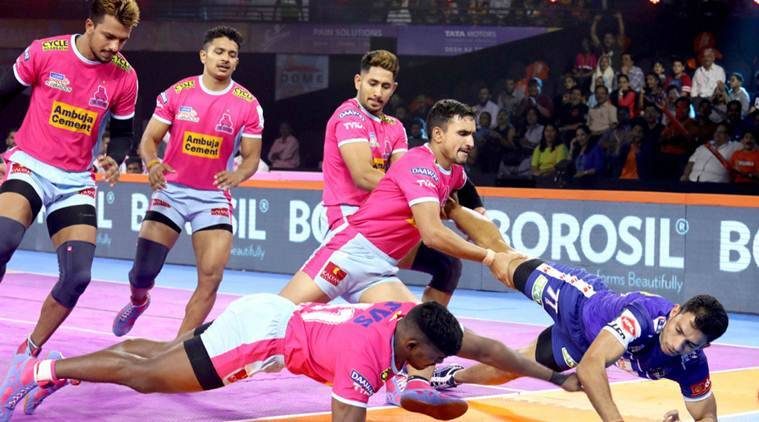 The countdown has begun for the world’s biggest Kabaddi league- PKL. The Pro Kabaddi’s seven seasons have noticed many incredible records being made and breached. Some of the top records achieved during the past seasons of PKL are:

Pawan Sehrawat from Bengaluru Bulls hold a record of scoring the most raid points (39) in a single PKL match against Haryana Steelers in Season 7.

Both Neeraj Kumar and Manjeet Chhillar share the first spot in the list for the most tackle points(11) in a single Pro Kabaddi match. The highest-scoring defender, Manjeet created the record in a match against Bengaluru Bulls in season 4. On the other hand, Neeraj Kumar equalled the record after two seasons.

Most Points by a Team

Patna Pirates became the first team to score the most points in a single PKL match. The team made this record twice with 69 points both the time. The first feat was in season 5 with a 69-30 win over Haryana Steelers while the second one was two seasons later against the PKL winner Bengal Warriors.

Most Points in a Single raid

With eight points, the Dubki King- Pardeep Narwal is the only raider to score most points in a single raid during the Pro Kabaddi match. Known for his fast footwork, Pardeep managed to sweep the Haryana Steelers apart in season fifth.

Most Points in a Single match

The record for most points by a player in a single match is under the name- Pardeep Narwal. With 19 Super 10s and 18 Super Raids, he tops the list with 369 points.

Most Raid and Tackle points

The three-time winner Patna Pirates’ Pardeep Narwal has the most raids points(369). Whereas Nitish Kumar from U.P. Yoddha becomes the first and only defender to score 100 tackle points in a single season of Pro Kabaddi.

In season 5 of Pro Kabaddi, the Bengaluru Bulls created history by winning with the biggest margin of 40 points over U.P. Yoddha. The one-sided match was won by the Bulls with 64-24.

U Mumba has the longest unbeaten streak in the PKL. Led by Anup Kumar, the team remained unbeaten for 11 matches in season 3 and topped the points table.

Bengaluru Bulls has the longest losing streak of 10 matches in season 3 of Pro Kabaddi. The team didn’t perform well and completed the season with just two wins.