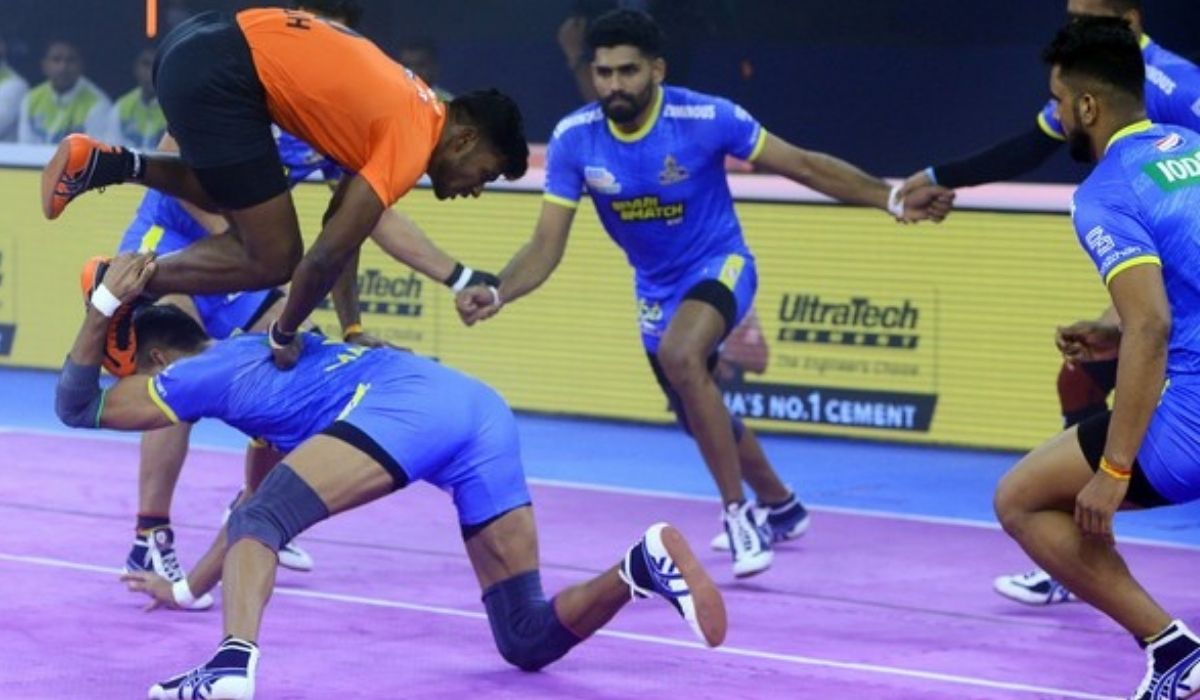 The third match of the night featured U Mumba and Tamil Thalaivas. U Mumba was leading for the majority of the time in the game. U Mumba played brilliantly in the starting minutes of the first half and they inflicted an All-Out on the Pirates to take a six-point lead in the 9th minute of the first half.

Back-to-back raid points from Abhishek Singh helped U Mumba and they reduced Tamil Thalaivas to just three players on the mat. U Mumba inflicted an All Out in the 17th minute and took 15 points lead. The first half ended in the favour of U Mumba with a scoreline of 26-11.

Sagar and Manjeet picked up early points in the second half and reduced U Mumba to just three players on the mat. Ajinkya Pawar’s super raid helped Thalaivas to inflict an All Out on U Mumba.

U Mumba star raider completed his Super 10, but he had to spend most of his time in the dugout in the second half. Ajinkya Pawar’s 2-point raid in the 15th minute helped Thalaivas to inflict another ALL OUT.

But Mumbai’s Fazel Atrachali and Harendra Kumar clinched 2 successful tackles in the final minutes of the game which ended Tamil Thalaiva’s hopes of a victory.

Manjeet tried his best to draw Tamil Thalaivas closer with his raids in the final minutes of the game but they failed and eventually, the match ended with a scoreline of 35-33 in the favour of U Mumba.

Abhishek Singh completed the 135 raid points mark in the PKL season 8 tonight by scoring 9 raid points and he received great support from V Ajith who scored 7 raid points. On the other hand, Manjeet and Ajinkya Pawar managed to score 14 raid points for Tamil Thalaivas.

This win helped U Mumba to move to the 5th position on the points table with 48 points. They have played 16 matches this season and managed to win 6 of them.