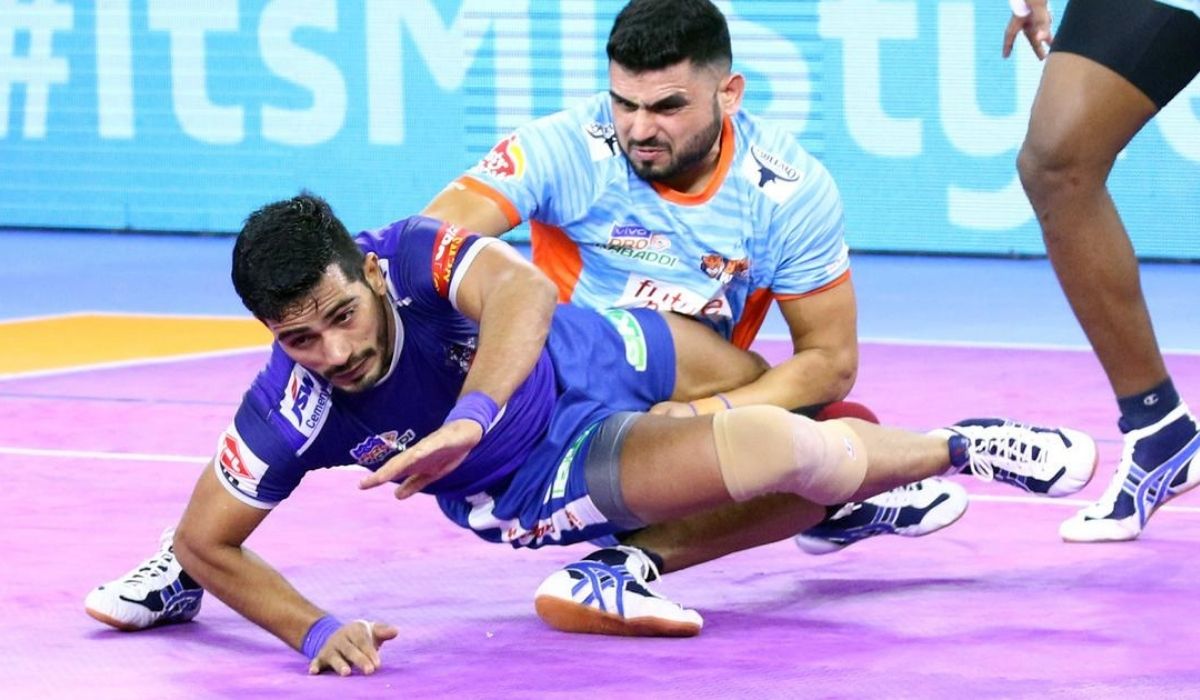 The first match of the night featured Haryana Steelers and Bengal Warriors. Haryana Steelers were leading for the majority of the time in the game. Maninder Singh was the top performer of the game, but he didn’t receive much support from the other players of his team.

Vikas impressed everyone with his raiding skills in the early minutes of the game, Vikas picked back-to-back raids points and reduced Bengal Warriors to just one player on the mat. Haryana Steelers inflicted an All Out in the 17th minute and took a 3 points lead, but Bengal made a great comeback with substitute Sukesh Hegde picking up valuable raid points. The first half ended with the scores level at 19-19.

The Steelers took a three-point lead in the early minutes of the first half, back-to-back raid points from Vikash Kandola helped Haryana to inflict an All Out, Bengal immediately reduced the margin with a 3-point Super Raid by Maninder Singh.

Haryana Steelers star raider Vikash Kandola picked his Super 10, Haryana defenders helped the team clinch another ALL OUT with 2 minutes remaining and they took a 13-point lead, ending Bengal Warriors’ hopes of a victory.

Maninder Singh tried his best to draw Bengal Warriors closer with his raids in the final minutes of the game but they failed and eventually, the match ended with a scoreline of 46-29 in the favour of Haryana Steelers.

Vikash Kandola completed the 130 raid points mark in the PKL season 8 tonight by scoring 10 raid points and he received great support from Vinay who scored 8 raid points. On the other hand, Maninder Singh managed to score 13 raid points for Bengal Warriors.

This win helped Haryana Steelers to move to the 4th position on the points table with 48 points. They have played 16 matches this season and managed to win 7 of them.