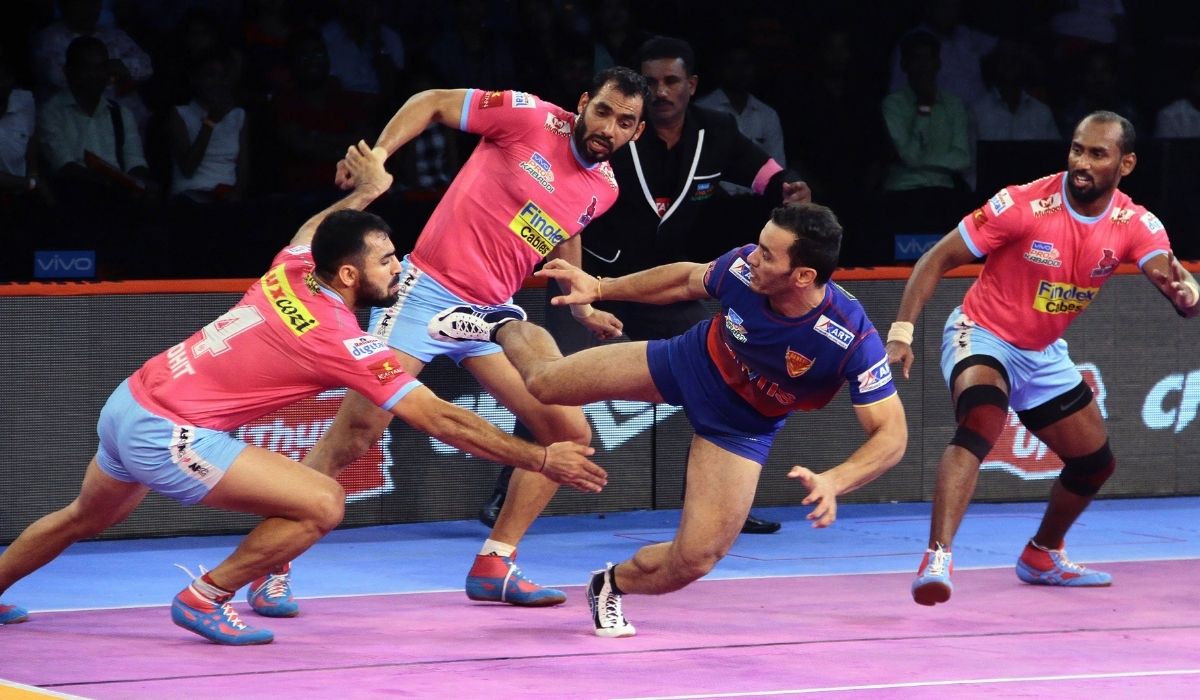 Jaipur Pink Panthers and Dabang Delhi played a thrilling game yesterday. Jaipur were leading for the majority of the time in the game. Naveen Kumar marked his return in this game but the Jaipur defenders didn’t allow Naveen Kumar any chance to settle.

Vijay impressed everyone with his raiding skills in the early minutes of the game, Hooda picked back-to-back raids points and reduced Delhi to just two on the mat. Jaipur inflicted an All Out in the 16th minute and took 4 points to lead. The first half ended in the favour of Jaipur with a scoreline of 21-15.

Dabang Delhi made a great comeback in the second half, Delhi managed to reduce the Panthers to just three players on the mat, but Jaipur defence responded with a Super Tackle and pushed their lead to eight. Back 2 back raid points from Hooda helped Jaipur take an 11-point lead, ending Delhi’s hopes of a victory.

Vijay tried his best to draw Delhi closer with his raids in the finals minute but both the teams failed to execute an All Out in the second half and eventually the match ended with a scoreline of 36-30 in the favour of Jaipur Pink Panthers.

Arjun Deshwal completed the 175 raid points mark in the PKL season 8 tonight by scoring 6 raid points and he received great support from Deepak Hooda who scored 11 raid points. On the other hand, Vijay managed to score 16 raid points for Dabang Delhi.

This win helped Jaipur Pink Panthers to move to the 5th position on the points table with 45 points. They have played 15 matches this season and managed to win 7 of them.

On the other hand, Dabang Delhi had a brilliant season so far, they are currently ranked 1st on the points table. Dabang Delhi has played 17 games this season and managed to win 9 of them