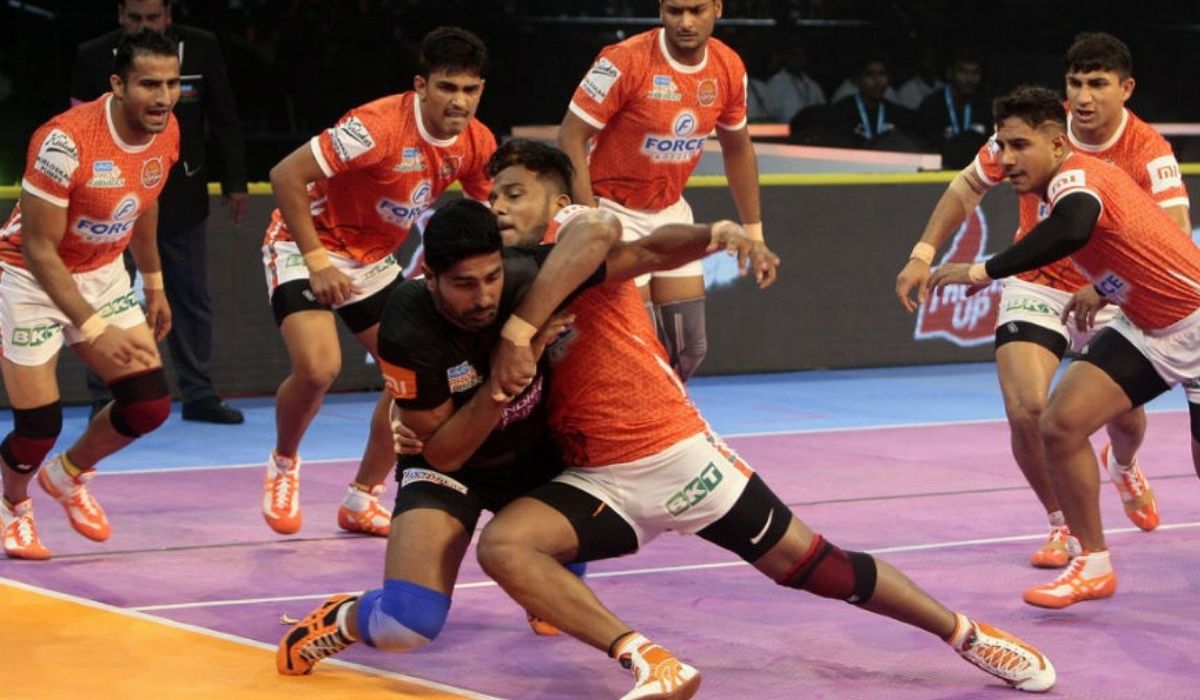 Puneri Paltan and U Mumba played a thrilling game yesterday. Scores were equal for the majority of the time in the game. U Mumba inflicted an All Out in the 13th minute and U Mumba took a 4 points lead, the first half ended in the favour of U Mumba with a scoreline of 19-18.

Puneri Paltan made a great comeback in the second half, Mohit impressed everyone with his raiding skills. Puneri pushed U Mumba to an All Out in the 10th minute of the second half, took a 3 points lead and eventually the match ended with a scoreline of 36-34 in the favour of Puneri Paltan.

Aslam Imandar completed the 100 raid points mark in the PKL season 8 tonight by scoring 7 raid points and he received great support from Mohit Goyat who scored 9 raid points. On the other hand, Abhishek Singh and V Ajith managed to score 18 raid points for U Mumba.