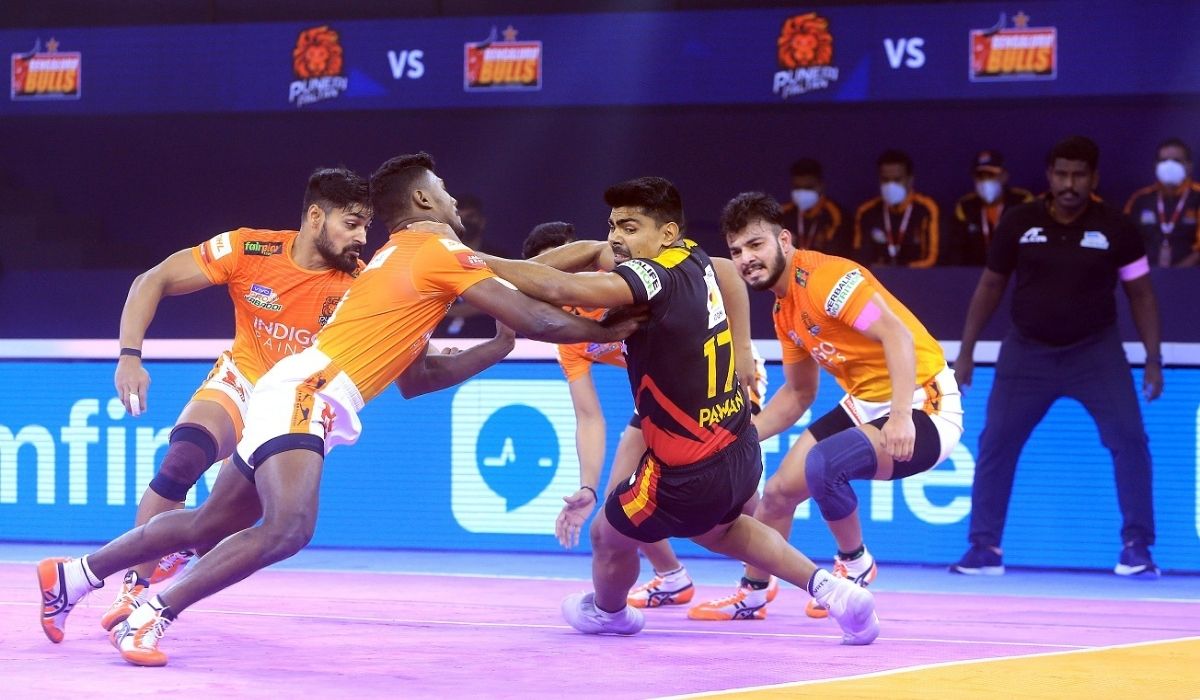 The second half started with U Mumba clinching another All Out. Abhishek Singh completed his super 10 in the second half, U Mumba’s defence also performed brilliantly, Pawan Sehrawat had to spend most of his time in the dugout and eventually, the match ended with a scoreline of 45-34 in the favour of U Mumba.

Pawan Sehrawat completed the 200 raid points mark in the PKL season 8 tonight by scoring 14 raid points, and he received great support from Bharat who scored 6 raid points for the Bengaluru Bulls. On the other hand, Abhishek Singh and V Ajith managed to score 19 raid points for U Mumba.