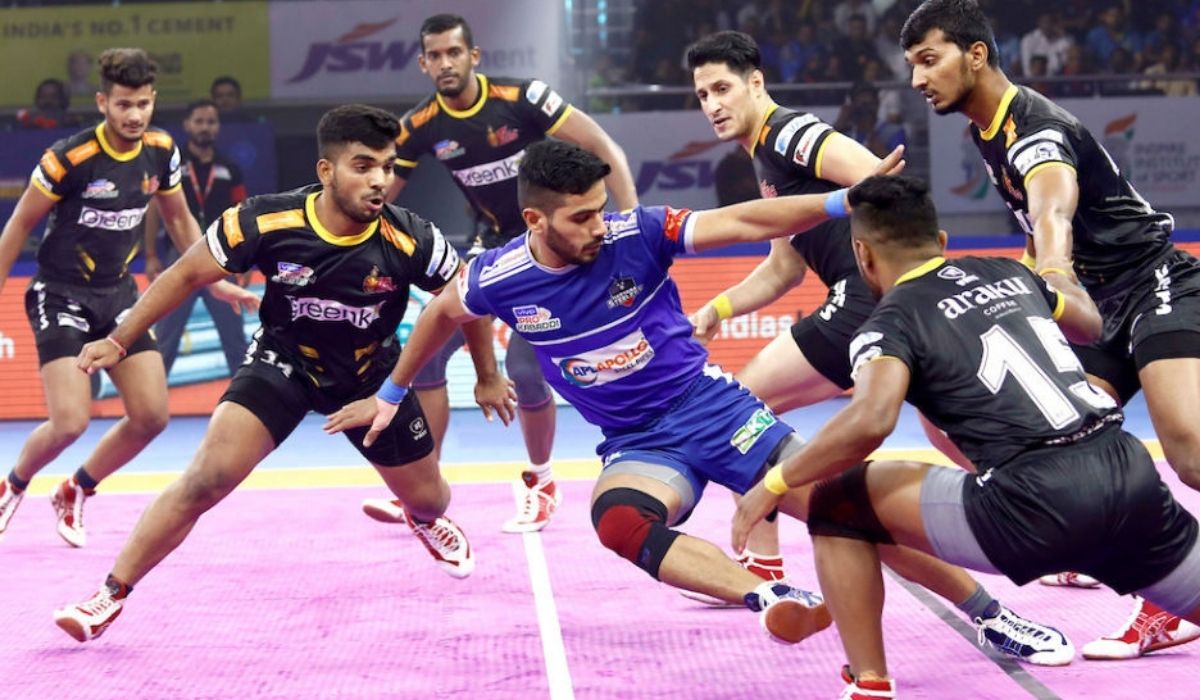 Haryana Steelers and Telugu Titans played a thrilling game yesterday. The scores were equal for the majority of the time in the game. Vikash Kandola scored a Super Raid in the 10th minute of the game which helped the Steelers to clinch an all-out, but Telugu made a strong comeback and they managed to inflict an all-out on Haryana in the last minutes of the first half and reduced the points gap to one.

Vikash Kandola and Ankit Beniwal both the raider completed their Super 10s in the second half, The Steelers had a one-point lead in the final minutes but their star raider failed to register a legal raid in the last raid of the game, and eventually, the match ended with a scoreline of 39-39.

Kandola completed the 115 raid points mark in the PKL season 8 tonight by scoring 10 raid points, and he received great support from Vijay who scored 8 raid points for the Haryana Steelers. On the other hand, Ankit Beniwal, Rohit Kumar, and Adarsh T managed to score 21 raid points for Telugu Titans.