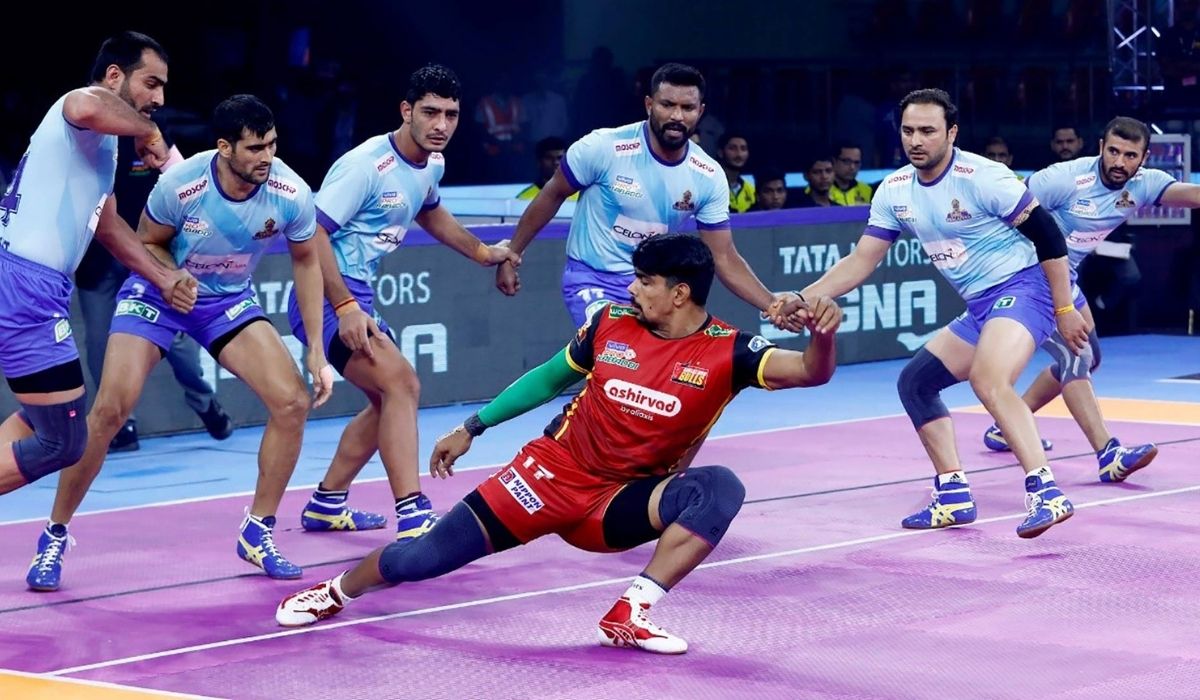 Bengal Warriors and Bengaluru Bulls played an electrifying game yesterday, scores were equal for a majority of the time in the game. Both the teams failed to inflict an ALL OUT in the first half. Maninder Singh and Pawan Sehrawat spent a lot of time in the dugout and the first half ended with a scoreline of 13-14 in the favour of the Bengal Warriors.

Pawan Sehrawat completed the 160 raid points mark in the PKL season 8 tonight by scoring 13 raid points, and he received great support from Chandran Ranjeet who scored 8 raid points for the Bengaluru Bulls. On the other hand, Maninder Singh, Sukesh Hegde, and Mohammad Nabibakhsh managed to score 20 raid points for Bengal Warriors. Both the teams executed 10 successful tackles points in the match.