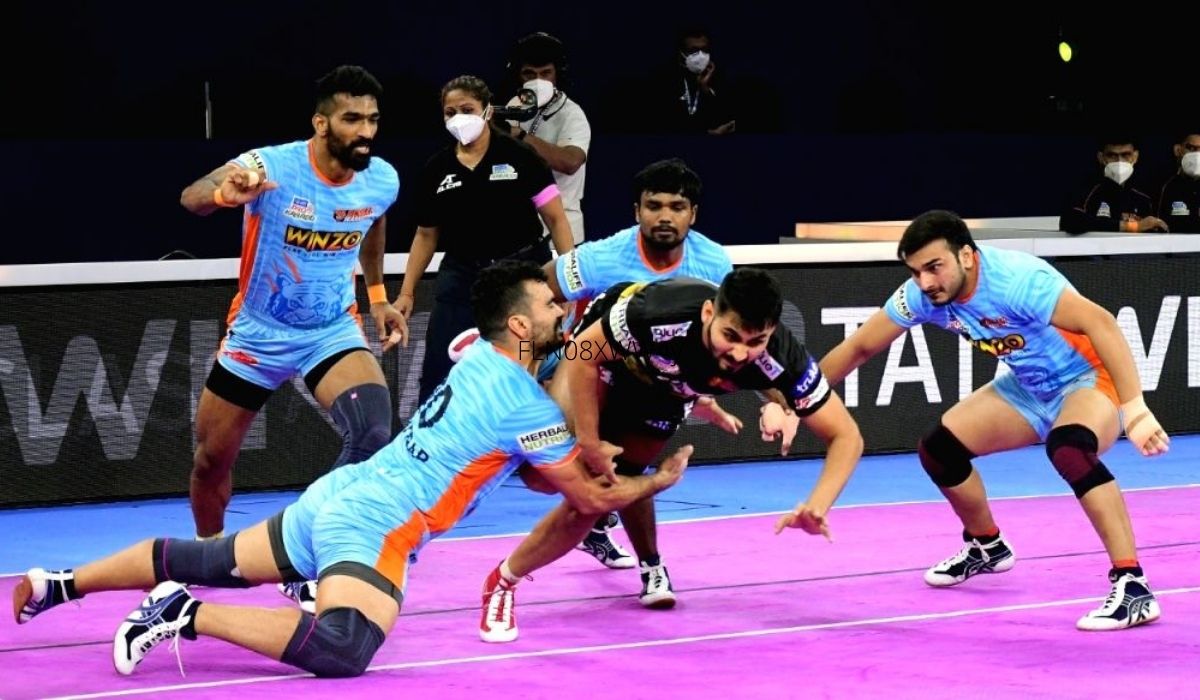 Bengal Warriors and Telugu Titans played an electrifying game yesterday, scores were equal for a majority of the time in the game. Bengal’s left corner Ran Singh played brilliantly and picked up 3 tackle points in the first half which ended with a scoreline of 14-13 in the favour of Bengal Warriors. Maninder Singh completed his super 10 in the Second half. On the other hand, Telugu’s raider Rajnish and Ankit Beniwal scored 14 raid points for the team.

Telugu Titans played brilliantly in the second half and they were leading but Bengal’s all-out points in the final minutes of the game helped them register a win, and eventually, the match ended in the favour of Bengal Warriors with a scoreline of 28-27.

Maninder Singh completed the 135 raid points mark in the PKL season 8 tonight by scoring super 10,  and he received great support from Sukesh Hegde in the raiding department who scored 5 raid points. On the other hand, Rajnish and Ankit Beniwal managed to score 14 raid points for Telugu Titans.

Telugu Titans are going through a bad phase in this PKL season. They are currently sitting at the bottom of the points table. They have played 10 matches this season and they are without a win.

On the other hand, this win helped the Bengal Warriors move to the 7th position of the table. They have been brilliant in some of their recent games, and their raiding and defense departments have performed well. They have played 11 games this season and managed to win five of them.