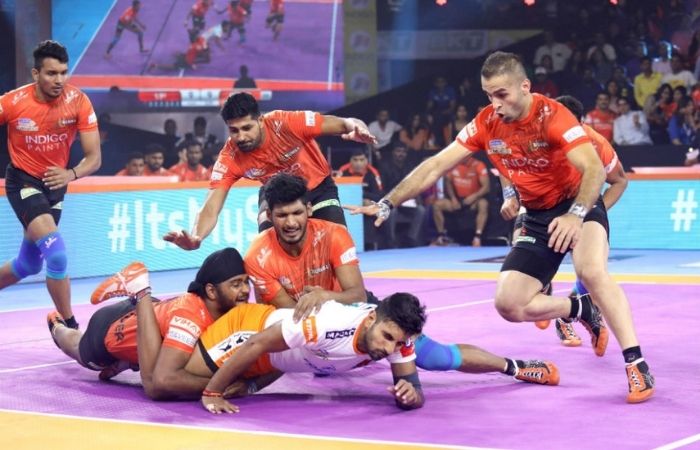 The second match of the night featured Puneri Paltan and U Mumba. Puneri Paltan were leading for the majority of the time in the game and a super raid in the 13th minute of the game by Nitin Tomar helped the Puneri Paltan to get an all-out of U Mumba and the first half which ended with a scoreline of 18-10 in the favour of Puneri Paltan.

U Mumba managed to pick up only three tackle points in the second half. Puneri Paltan’s defenders Vishal Bharadwaj and Nitin Tomar completed their High 5s and the match ended in the favour of Puneri Paltan with a scoreline of 23-42.

Aslam Imandar completed the 65 points mark in the PKL season 8 tonight by scoring 6 raid points, and he received tremendous support from Mohit Goyat, who scored 5 raid points. On the other hand, Abhishek Singh only managed to score 4 raid points for U Mumba. Puneri Paltan’s defense department also performed better than U Mumba. Puneri Paltan executed 18 successful tackles points in the match, while the U Mumba defense managed to get only 7 successful tackles points.