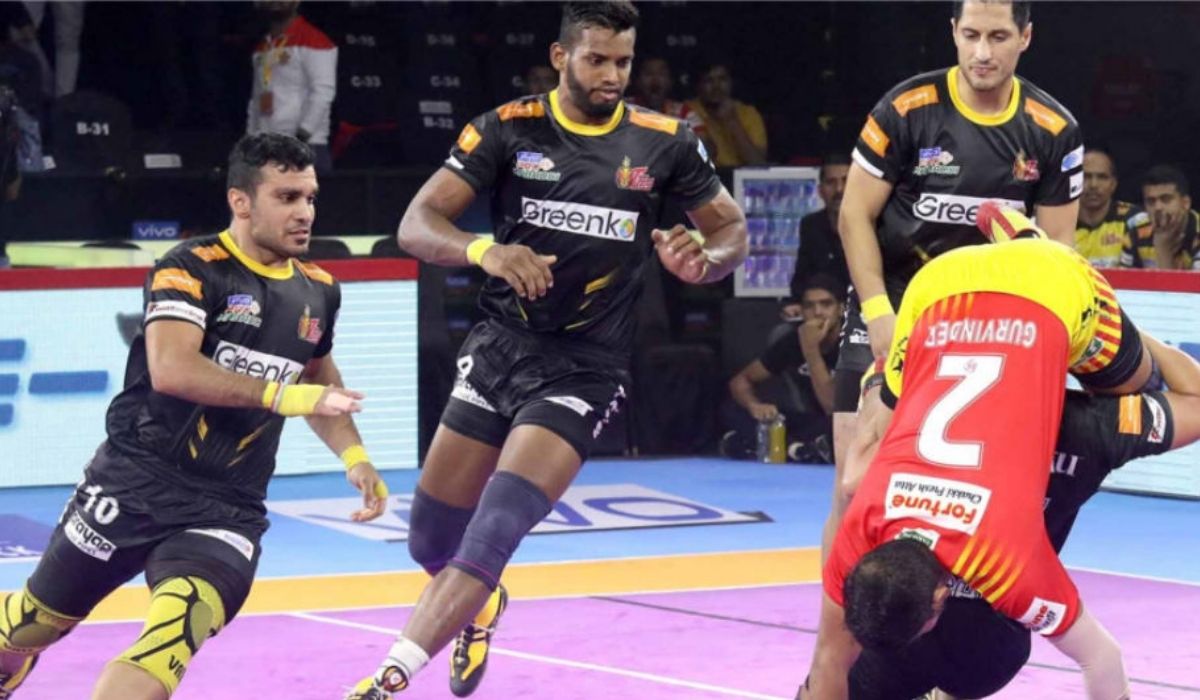 Telugu Titans managed to get only nine points in the second half, and the lack of confidence in the defence department affected the balance of the team, and they failed to play as a unit in this match. Rakesh scored a Super 10 (16 points) for the Giants, Parvesh Bhainswal also completed his High 5, and eventually, the match ended in favour of Gujarat Giants with a scoreline of 22-40.

Telugu Titans are without a win this season, and they are currently sitting at the bottom of the points table with 10 points. They failed to play as a unit against the Gujarat Giants in this match. Rajnish scored 11 raid points, and Akash Choudhary picked up three tackle points, but the others could not support much.

Gujarat Giants moved to the 7th position on the points table with 20 points. Rakesh crossed the 60 PKL point mark tonight by scoring a super 10, and he received tremendous support from Mahendra Rajput, who scored five raid points. On the other hand, Rajnish scored 11 raid points for Telugu Titans.