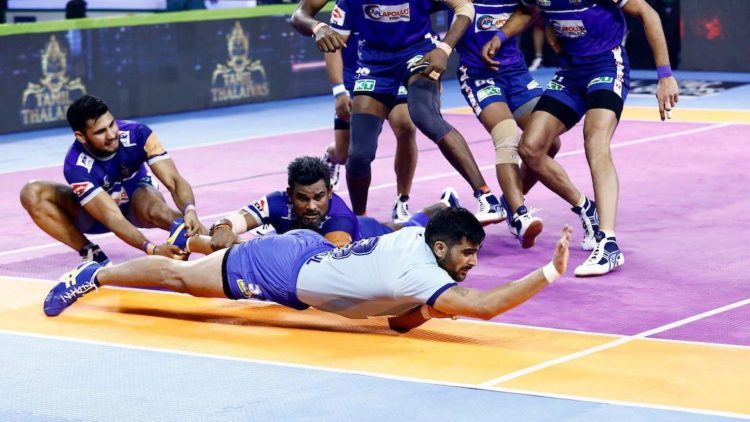 Haryana Steelers failed to play as a unit in their Pro Kabaddi 2021 match against the Tamil Thalaivas. Vikas Kandola scored eight raid points, and Jaideep scored four tackle points, but the others could not support much.

Manjeet crossed the 55-raid point mark tonight by scoring a super 10. He received tremendous support from K Prapanjan, who scored five raid points. On the other hand, raiders Vikas Kandola and Rohita Gulia scored a total of 11 raid points for Haryana Steelers.

Tamil Thalaivas ranked 4th on the points table with 27 points. They have been good so far in this season, and their raiding and defense have performed consistently well in recent games. They have played eight games this season and lost only 1 of them, which clearly shows how well balanced their side is.

On the other hand, Haryana has struggled for consistency, and they have played eight matches in this season and lost 4 of them. They are currently ranked 8th on the points table with only 20 points to their name.