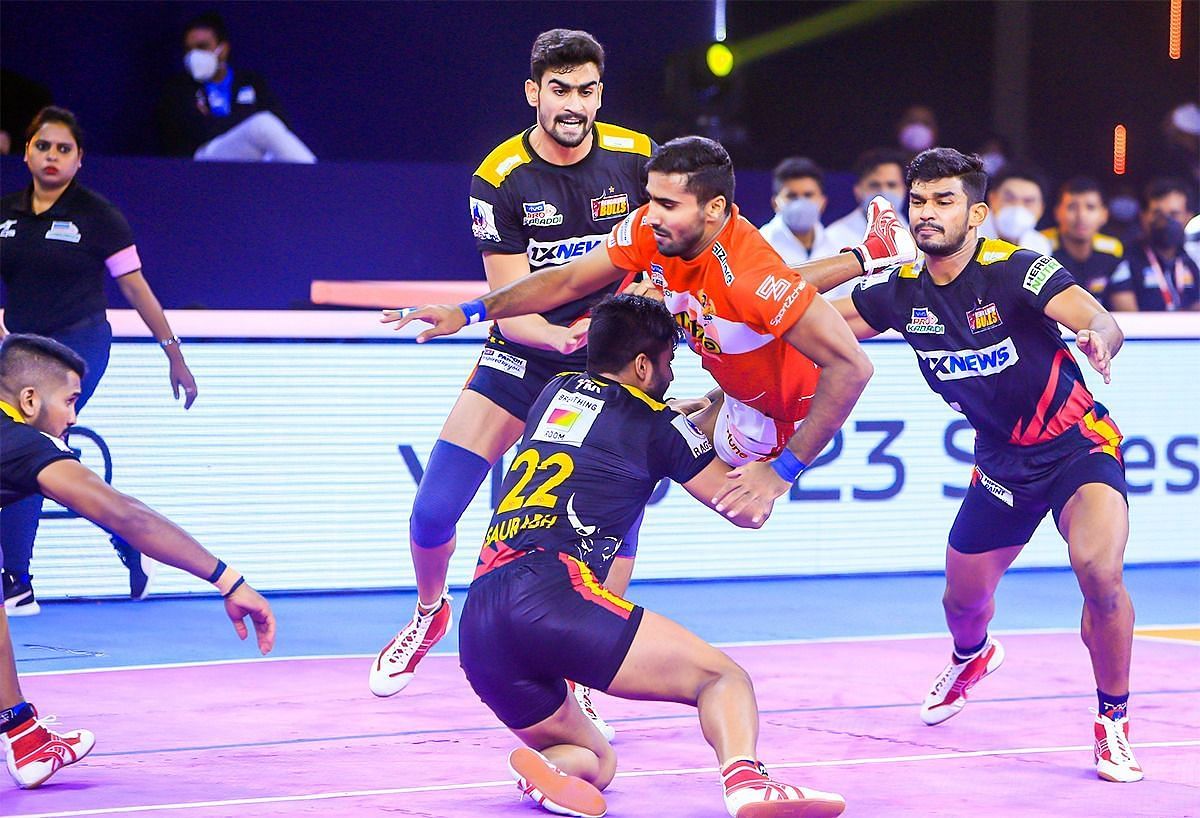 Bengaluru Bulls and Puneri Paltan played an electrifying game yesterday. Pune dominated the first half and at the end of the first half, they were leading by 5 points. The Bulls made a comeback in the second half of the game, Pawan Sehrawat single-handedly inspired Bengaluru Bulls to a comeback win over Puneri Paltan, and eventually, the match ended in the favor of Bengaluru with a scoreline of 29-40.

Bengaluru Bulls are the table toppers with a total of 23 points. They have been tremendous so far in this season, their raiding and defence department have performed brilliantly. They have played 6 games this season and lost only 1 of them which clearly shows how well balanced their side is.

On the other hand, Puneri has struggled for consistency. They have played 5 matches in this season and managed to win only one of them. They are currently ranked at the bottom of the points table with only 5 points to their name.