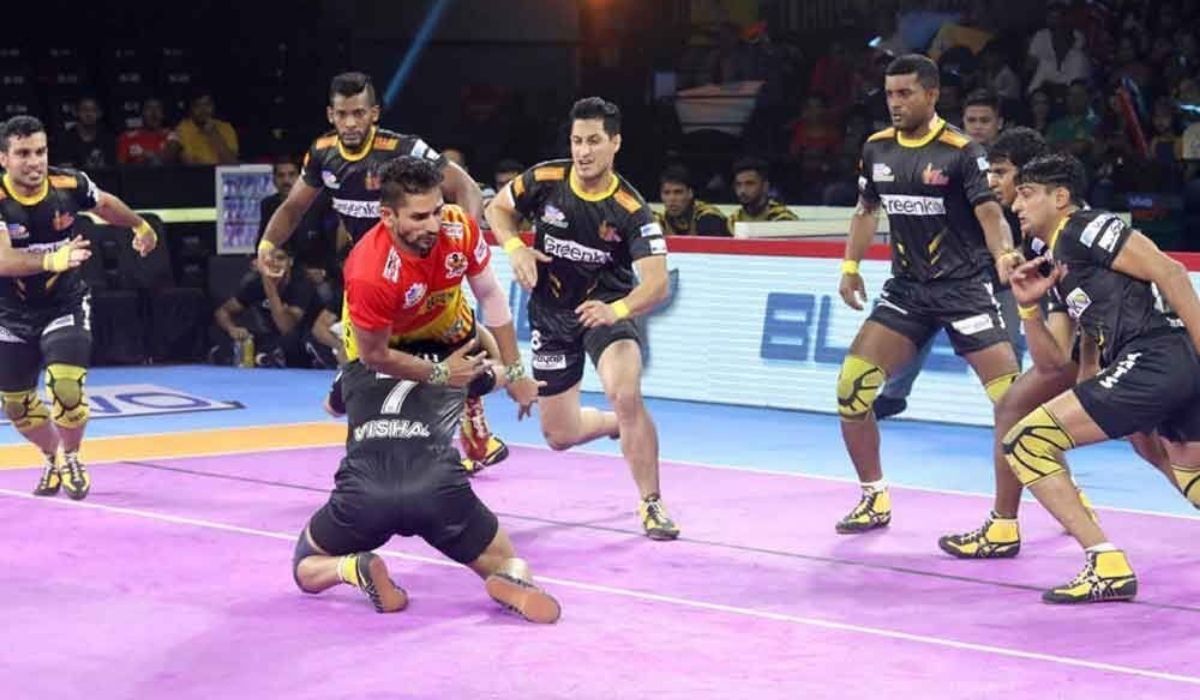 The second match of the night featured Gujarat Giants and Telugu Titans. Scores were equal for the majority of the time in the game. Telugu Titans played brilliantly in the starting minutes, Rajnish produced consecutive raid points for the team in the first half.

Gujarat Giants refused to give up and Rakesh helped the team to level the score. Both the teams failed to inflict an All Out in the first and the half ended with a scoreline of 14-14.

The Gujarat Giants started the second half on a positive note, their star defender Girish Mauti Ernek completed his High 5, Rakesh and Mahendra started producing consecutive raid points the team which helped Gujarat Giants to clinch an All Out in the 25 minute of the game.

Telugu Titans refused to give up and they made a strong comeback, Adarsh helped the team to inflict their first All Out of the game with his multiple points raid, but Gujarat giants managed to extend their lead in the final minutes which ended the Telugu’s hopes of a victory.

Rajnish tried his best to draw Telugu Titans closer with his raids in the final minutes of the game but they failed and the match ended with a scoreline of 34-32 in favour of Gujarat Giants.

Rakesh completed the 100 raid points mark in the PKL season 8 tonight by scoring 8 raid points and he received great support from Manedra Rajput who scored 5 raid points. On the other hand, Rajnish and Adarsh managed to score 14 raid points for Telugu Titans.

This win helped the Gujarat Giants to move to the 7th position on the points table with 58 points. Gujarat Giants have played 18 games this season and managed to win 7 of them.

On the other hand, Telugu Titans had an underwhelming season so far, they are currently sitting at the bottom of the table. Telugu Titans have played 18 games this season and managed to win only 1 of them.