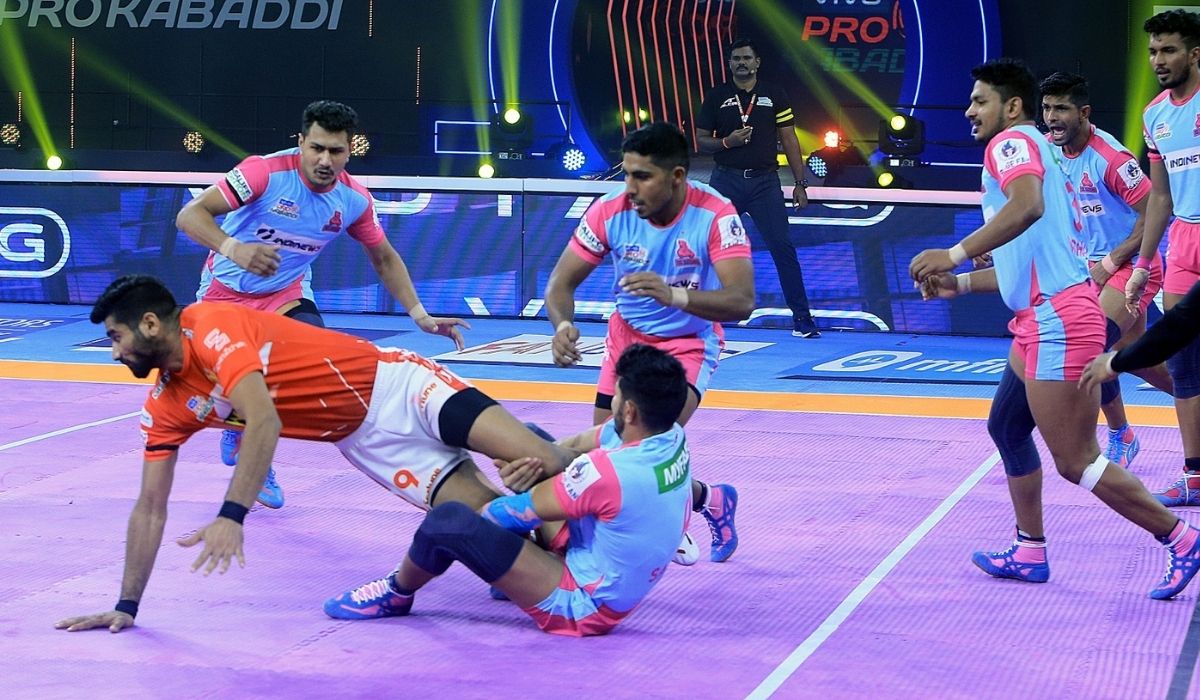 Jaipur Pink Panthers picked up early points in the second half and extended their lead. Gujarat Giants star raider Pardeep Kumar spent most of his time in the dugout.

Rakesh Narwal tried his best to draw Gujarat Giants closer with his raids in the final minutes of the game but Deepak Hooda and Arjun Deshwal picked up 5 important points in the last minutes of the game and eventually the match ended with a scoreline of 31-36 in the favour of Jaipur Pink Panthers.

Arjun Deshwal completed the 185 raid points mark in the PKL season 8 tonight by scoring 7 raid points and he received great support from Deepak Hooda who scored 10 raid points. On the other hand, Rakesh Narwal, Pardeep, and Ajay Kumar managed to score 18 raid points for Gujarat Giants.

This win helped Jaipur Pink Panthers to move to the 5th position on the points table with 51 points. They have played 17 matches this season and managed to win 8 of them.

On the other hand, Gujarat Giants had an underwhelming season so far, they are currently ranked 9th on the points table. Gujarat Giants have played 17 games this season and managed to win only 6 of them.