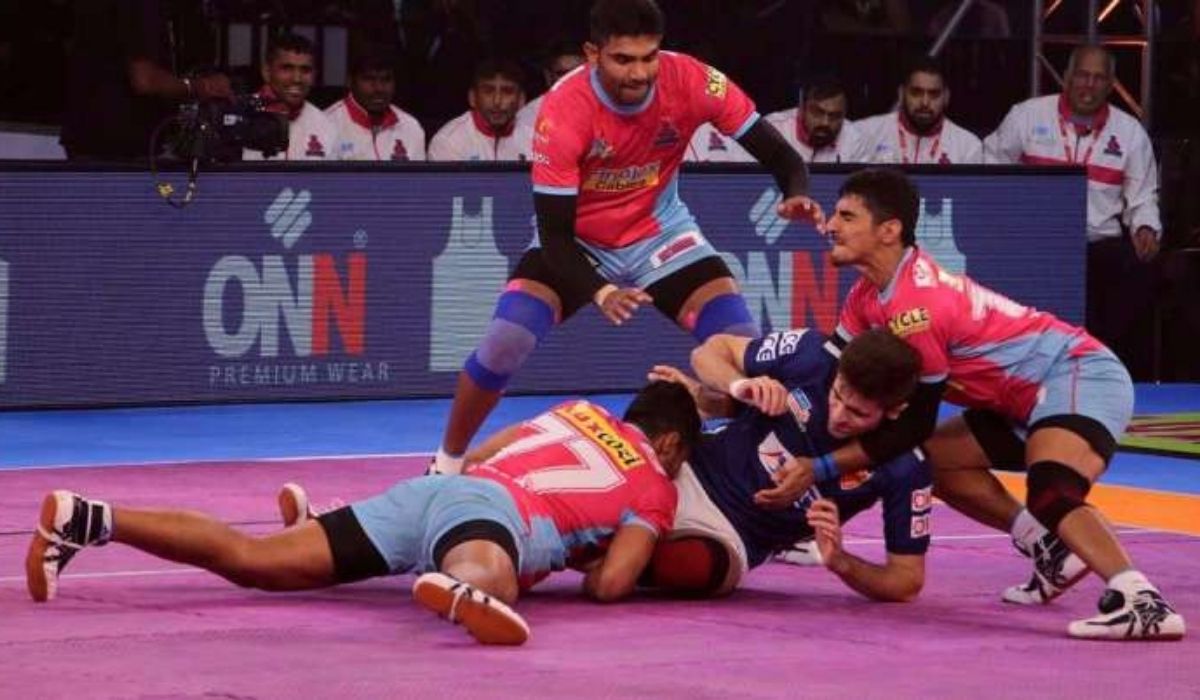 Jaipur Pink Panthers and Dabang Delhi played an electrifying game yesterday. Both sides matched each other in the first half, and scores were equal for a majority of the time in the match, and the first half ended with a 12-12 scoreline.

Deepak Niwas Hooda did exceptionally well in the second half, and he was the top raider of the match. Deepak also pushed an all-out on Delhi in the last minutes of the game, and eventually, the game ended in favor of Jaipur Pink Panthers, which ended Dabang Delhi’s unbeaten run in PKL 8 with a scoreline of 30-28.

Dabang Delhi’s star raider Naveen failed to score a super ten against the Jaipur Pink Panthers. Naveen scored seven raid points, and Ashu Malik scored six raid points and two tackle points, but the others could not support much.

Jaipur Pink Panthers ranked 6th on the points table with 23 points. They have struggled for consistency, and they have played eight matches this season and lost 4 of them.

On the other hand, Delhi are the table toppers, and they have been good so far in this season. Their raiding and defense have performed consistently well in this season. They have played eight games this season and lost only 1 of them, which clearly shows how well balanced their side is.