Home » Football » Which countries can still qualify for the 2022 FIFA World Cup in Qatar? 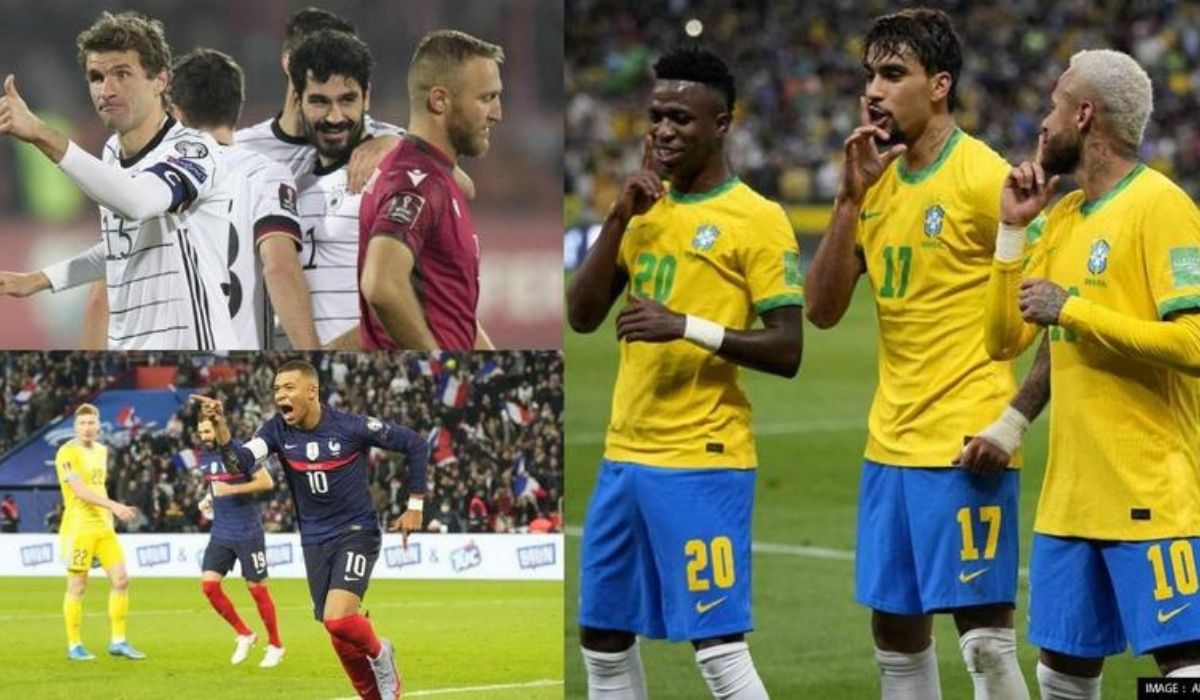 A four-year gap normally feels quite long. But it is completely the opposite in the case of the World Cup. It feels just like yesterday that we witnessed the enthralling match between France and Croatia that delivered us a goal-fest final.

However, four years have passed with many things happening in between. Lionel Messi finally won an international trophy with Argentina and Italy created an unbelievable undefeated streak to win the Euro 2020. Fun fact – Euro 2020 was postponed to 2021 as a special virus by the name of Coivd-19 audaciously disrupted all our lives. This even took away the charm from football matches, as the beautiful game was played behind closed doors for the first time in history.

However, those are bygones and while the whole world is slowly recovering, we have closed the gap for the next big tournament. The 2022 FIFA World Cup will be hosted in the middle-east for the first time. Qatar has taken the honours of hosting the auspicious tournament and will be hosting it from November 21 to December 18.

Qatar was announced as the host for the 2022 World Cup by FIFA in 2010. They will be organizing the tournament across eight stadiums, all of which were constructed after the announcement was made a decade ago. 32 teams will be participating in the World Cup. 15 nations have already booked their ticket to Qatar, with more than half spots still up for grabs. Let us take a look at the current qualifying scenario across the world:

A minimum of five (Qatar directly qualified as a host) and a maximum of six teams will be representing Asia depending on how the qualifiers end. According to FIFA, the leaders and the runners-up from each of the groups will earn a spot. Whereas, the third-placed teams will face each other with the winner earning the opportunity to go into the intercontinental playoffs that will decide their place in the World Cup. Out of the available spots, three has already been booked.

Just like Asia, Africa will also be representing five nations for the World Cup. The final round of the qualifications began in January and it is now down to 10 teams. These teams will be facing each other in a two-legged round, with the winners earning the final spot.

Out of all the continents, Europe has almost winded up their final lists. They also hold the most slots as compared to the others with 13. Out of these, a total of 10 teams have qualified so far. While these nations did their part to secure their journey to Qatar, 12 teams will be fighting for the remaining spots. The knockout rounds that will be beginning in March will also see one of the big names bow out early. Italy and Portugal will be facing each other in the final round of Path C if they overcome their first hurdle.

However, only one of them will be going beyond that. Italy failed to qualify for the 2018 World Cup which was also their first time since 1958. They have bounced back incredibly and are on the path to seeking redemption. However, on the other hand, Cristiano Ronaldo will be hoping to secure the prestigious title for his nation in what might also be his final World Cup.

North, Central America and the Caribbean

Three or four teams will get the opportunity to qualify for World Cup and represent CONCACAF on the big stage. As per FIFA rules, the top three teams will directly qualify in the stipulated spots out of the 32 allotted.

The fourth-placed team will be going to the intercontinental playoffs, which by winning will earn them a spot. With three more fixtures remaining, Canada looks steady at the top and are set to qualify for their first World Cup since 1986. USA and Mexico share the same points in the second and third position respectively with Panama and Costa Rica right behind them.

Out of the eight teams eligible, only one be qualifying for the intercontinental playoffs. Two groups of four teams each have been created. The qualifying round will be starting in March with the final winner facing the fourth-placed team from CONCACAF.

Brazil and Argentina have already booked two out of the four available spots of CONMEBOL. They also did this in an astounding way without losing a single fixture in the qualifying round. Brazil did top the group with 39 points, but Argentina’s 28-match unbeaten streak is the talking point as they hope to maintain it until the World Cup ends.

There are two more spots still up for grabs, but five teams are fighting for it. While Ecuador and Uruguay hold the third and fourth spots, for the time being, the other three will be praying for either of them to falter in order to jump ahead.