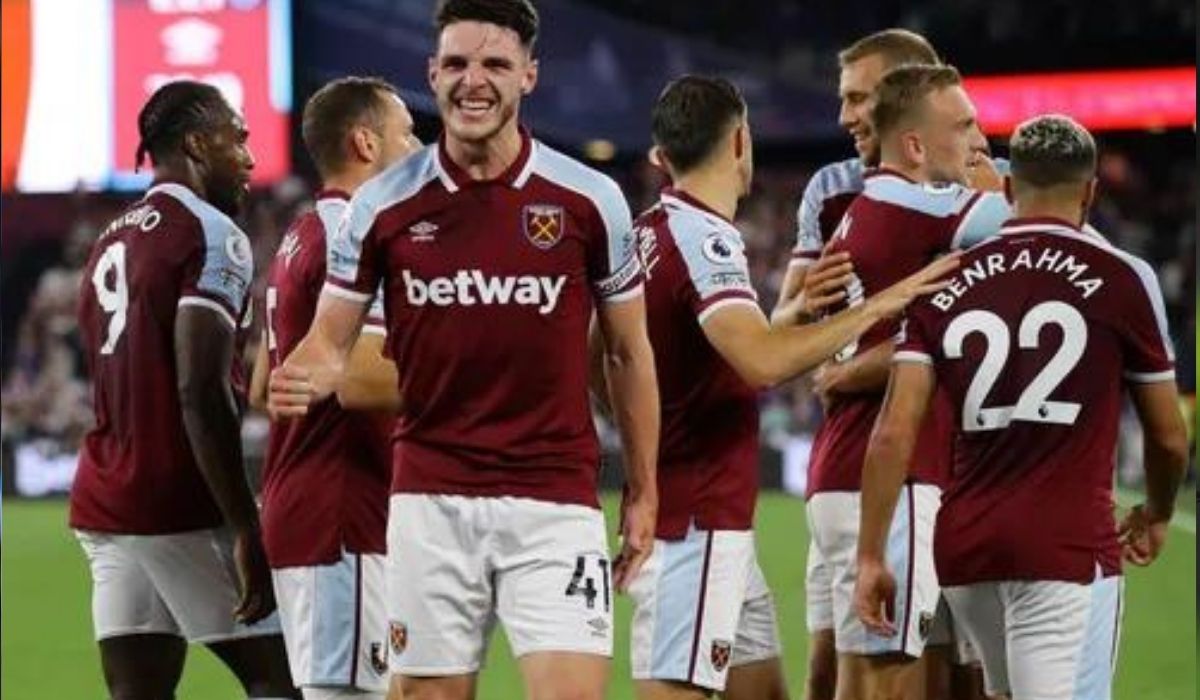 English Premier League side West Ham United were defeated 2-1 at home by the German club Eintracht Frankfurt in the first leg of the Europa League semi-final fixture. However, the night also became a nasty one after two supporters of the Hammers attacked two German radio commentators. West Ham have said that the attackers have been identified and the respective details have been shared with the police.

The Hammers are one of the favourites to lift the Europa League, but they were shocked by the visitors in the first minute. Frankfurt played quick football from the kick-off and Rafael Maury did brilliant work in the final third before arcing a cross into the box. Ansgar Knauff shuffled past West Ham’s defence and headed the ball into the top corner.

Jarrod Bowen came close to levelling the score, but his effort was denied by the post. Thankfully, they were rewarded in the 21st minute for their constant pressure. Manuel Lanzini delivered a fine cross from a free-kick that Kurt Zouma headed across the goal. Michail Antonio was on the receiving end and struck the ball past the keeper Kevin Trapp. This goal, however, created an unwanted scenario which left two German commentators injured.

Die Adler once again took the lead from a brilliant build-up. Djibril Sow delivered a defence breaking through ball with Jesper Lindstrom receiving it. The midfielder tried to place it past the keeper, but Alphonse Areola stopped the shot. However, Daichi Kamada was there at the rebound and finished the task.

Although that was the last of the goals, the remaining minutes kept everyone enthusiastic. Both the sides continued the attacking threats and the post played a major role in denying them. The latest one was in the added time when Bowen hit a screamer only to get denied by the post once again.

A night that didn’t go the host’s way was worsened by the injurious actions of their own fans. Reporters Philipp Hofmeister and Tim Brockmeier who works for the German broadcasting company Hessischer Rundfunk were the victims of the attack. They said that they were attacked when Michail Antonio scored the equalizing goal.

The London based club are very well aware of the situation and one of the club’s spokesman said, “In line with our zero-tolerance approach, anyone identified will have their details passed to the police.”

A few hours later, the Premier League side released a detailed statement which read, “Following a thorough internal investigation since the full-time whistle last night, West Ham United can confirm two offenders have been identified. As well as continuing our own investigation, in line with our zero-tolerance approach, the offenders’ details have also been passed on to the police, who will now conduct their own investigation.

If the offenders are found guilty, they will be given an indefinite ban and not be permitted to enter London Stadium, nor travel with the Club. Behaviour of this kind is unacceptable and will not be tolerated at West Ham United.”

Hofmeister updated on their situation by saying they were ‘doing OK’. He also took a dig at the attackers by adding this statement in his tweet, “Best wishes to all West Ham supporters who love football and respect their opponents.”

West Ham will now be returning for Premier League action as they will be facing Arsenal. This fixture is crucial for them as the hope of finishing in the top-4 hinges on the outcome. Frankfurt on the other hand will be returning for their Bundesliga fixture against Bayer 04 Leverkusen on Tuesday. Both the sides will be facing each other for the second leg on Thursday for one of the two spots in Spain.