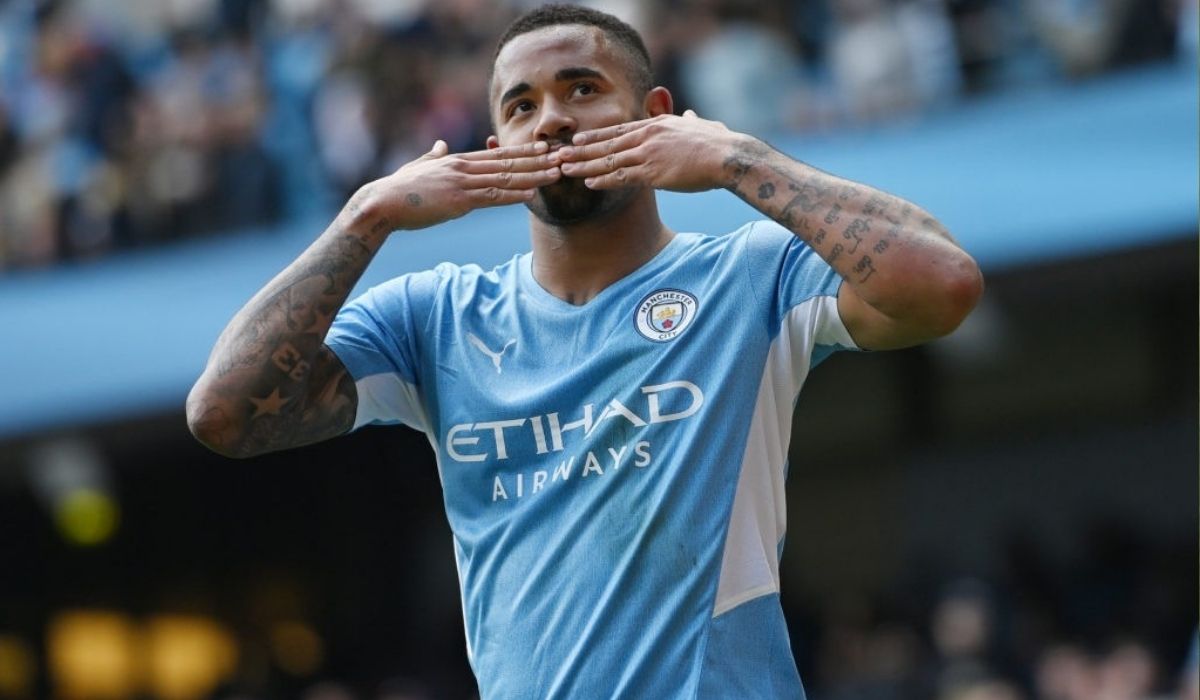 Gabriel Jesus’ future at Manchester City is coming to a close as the player has indicated his departure from the club ahead of the next season. This has opened the doors for the Brazilian as many clubs are interested in signing him. While Arsenal lead the race, it is reported that two European powerhouses have also enquired about the availability of the forward.

The 25-year-old forward made his big move to the Premier League in 2017 when he joined Manchester City. His versatility upfront at Palmeiras caught the eye of Pep Guardiola who has been putting him to great use. Thanks to the move, the Brazilian has got nine silverware to his name, which also includes three Premier League titles.

However, things have changed over time. Jesus had changed his position as a winger this season after a striker’s role was not of any value in Guardiola’s tactic. However, he has been outshining in his new role. Just when he was unlocking his potential there, an untimely injury broke the flow. During this period, Riyad Mahrez rose to the top and performed extraordinarily, further reducing the forward’s chances.

Because of this, the latest reports by Fabrizio Romano revealed that the player is set to leave the club in the summer. Jesus has a contract until 2023, but it looks like Manchester City won’t be pushing him to stay for the final year. Pep Guardiola was asked about the player’s future after the night he scored four goals and assisted one in the 5-1 win over Watford, to which he responded rather diversely.

He said, “Maybe at the end of the season he says, ‘No I don’t want to sign the contract’, (or) we convince him to stay, maybe he decides, ‘I want more minutes, I want to leave’. Nobody knows.

“Now I don’t care. I want focus, we have seven games left, potentially eight games, we have less than one month, that’s all.”

Barcelona and Juventus Enter the Race for Gabriel Jesus

While the Spaniard’s comments might be balanced on the sea-saw, it is well aware that the player’s future is already decided. It is confirmed that he won’t be finishing off the final year, but the Athletic has reported that Arsenal have shown serious interest in grabbing the player. Moreover, a Brazilian outlet’s latest reports suggest that Barcelona and Juventus are also interested.

Barcelona are undergoing the ‘rebuild’ process and Gabriel Jesus’ availability might be a tempting offer. The Catalans acquired two Cityzens this season in the form of Eric Garcia and Ferran Torres. And the prospect of getting another experienced attacker from them would be a deal worth pursuing.

Juventus are also in need of a striker as the club has seen a deficit in goals since Cristiano Ronaldo left at the start of this season. Alvaro Morata is currently their striker alongside Dusan Vlahovic, but he has not been able to produce the required goals. Jesus has scored 93 goals for Manchester City, and his exposure from the most competitive league would be helpful to form a lethal partnership alongside Vlahovic.

While the clubs will be pursuing him further till the market opens, it is reported that Arsenal could be having the upper hand in the race. Although talks haven’t proceeded yet, the deal is said to be ‘done and dusted’ as per David Ornstein.

Arsenal are in dire need of a striker. They lost Pierre-Emerick Aubameyang this January, and are on the brink of losing Alexandre Lacazette and Eddie Nketiah. And Gabriel Jesus could easily fill the void given his talent and experience in the league. Although the club is pursuing other strikers, he will remain their priority signing if his situation remains the same.