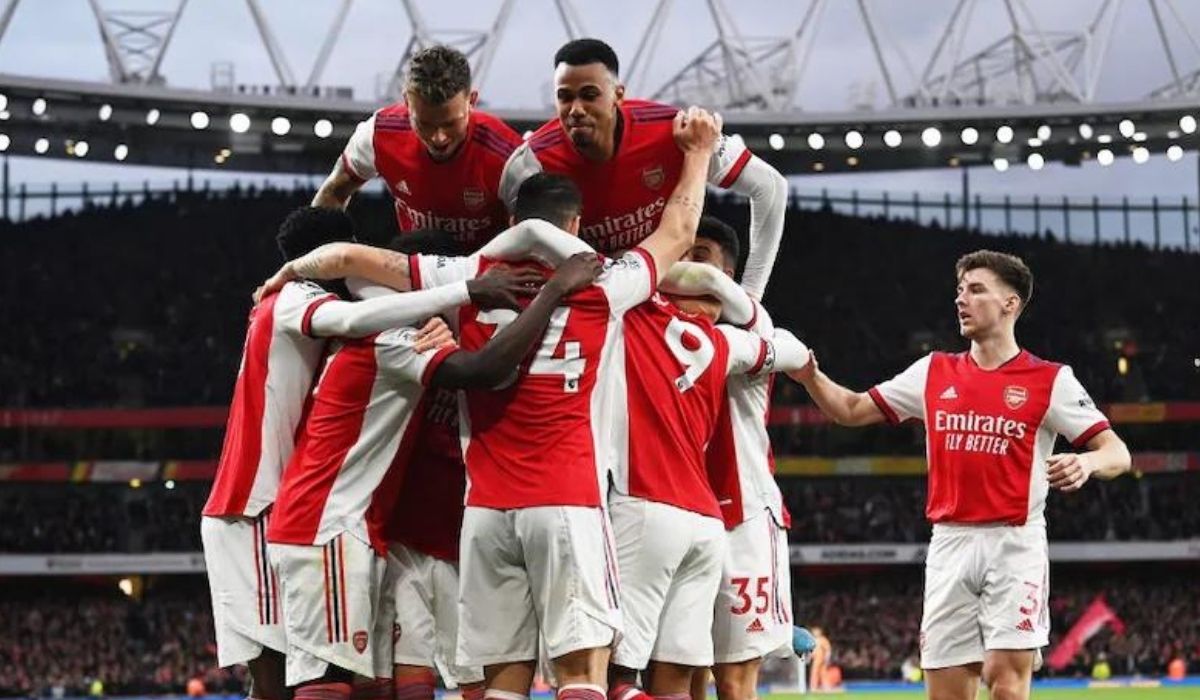 Arsenal overcame their sluggish form in an incredible manner as they thrashed Chelsea 4-2 at the Stamford Bridge. With the sensational win, Arsenal have kept their Champions League hopes alive as they are now level on points with Tottenham Hotspur who currently sits fourth thanks to their superior goal difference.

It was a critical night for the Gunners as they had gone back to struggling ways. A series of wins saw them almost cement the fourth place. However, three consecutive losses to lower-placed teams dealt a huge blow to their aim. It was meant to worsen further as they were facing Chelsea, but they recollected themselves brilliantly and gave the perfect response.

The Blues made a defensive mess, which the Gunners perfectly took charge of. It started right from the first goal when Andreas Christensen mishit the back pass to Eduardo Mendy. Christensen’s loose ball was intercepted by Edward Nketiah who was just behind him. He then had a one-on-one face-off with the outrushing keeper and simply slotted the ball beyond him.

Chelsea however responded quickly through Timo Werner. The German cut inside from the left and took a wide shot. It appeared to be going wide, but a deflection off Ben White saw the ball roll into the net and Aaron Ramsdale was left wrongfooted.

Just before the half an hour mark, Arsenal took the lead once again through an excellent counter-attack. After winning the ball in their own box, Arsenal drove forward with speed. Martin Odegaard who received the ball on the wide side squared the ball into the opposition’s box, which Emile Smith-Rowe curled into the bottom corner after running onto it.

The hosts once again responded quickly as the London derby got even more resounding. Chelsea once again worked the flanks as Mason Mount delivered a cross into the box from the left side. Ceasar Azpilicueta was left unmarked and he tapped in the ball from his run into the box.

The second half, however, only saw one side get tougher. Arsenal were fighting really hard and it was clearly visible as Chelsea failed to register a single shot on target thereon. And their labour was truly rewarded through Nketiah once again. The Chelsea academy product punished them by regaining Arsenal the lead for the third time.

Varela Tavares squared the ball to the forward who, despite taking a heavy first touch scored the goal after it bounced off Chelsea defender Malang Sarr. Chelsea were clearly not at their best and they were sloppily giving away the ball. Their mistakes were duly punished as Arsenal hammered the final nail in the final minute of the match.

Chelsea were frustrated, and it affected the captain who unnecessarily pushed Bukayo Saka inside the box. The referee pointed straight to the spot, and the 20-year-old happily converted it. After passing a tough hurdle from the final few fixtures, Mikel Arteta did not waste time in praising his side in the post-match interview.

“It’s a great night and the players deserve it. It has been a tough two weeks but you have to bounce back and show the spirit,” said the manager. “I love the spirit of these players. When you lose matches you get criticized but for these players, it is worth it. They are really growing.

What Eddie has done tonight is because of what he has done for the last 10 months and no one has noticed. I said to him I haven’t been fair. I should have been playing him more,” Arteta further added lauding Nketiah.

Arsenal’s top-4 hope has taken an immense boost after defeating Chelsea. With only six more matches left to play for them, they will be hoping to maintain the form and make their first Champions League appearance since 2017.