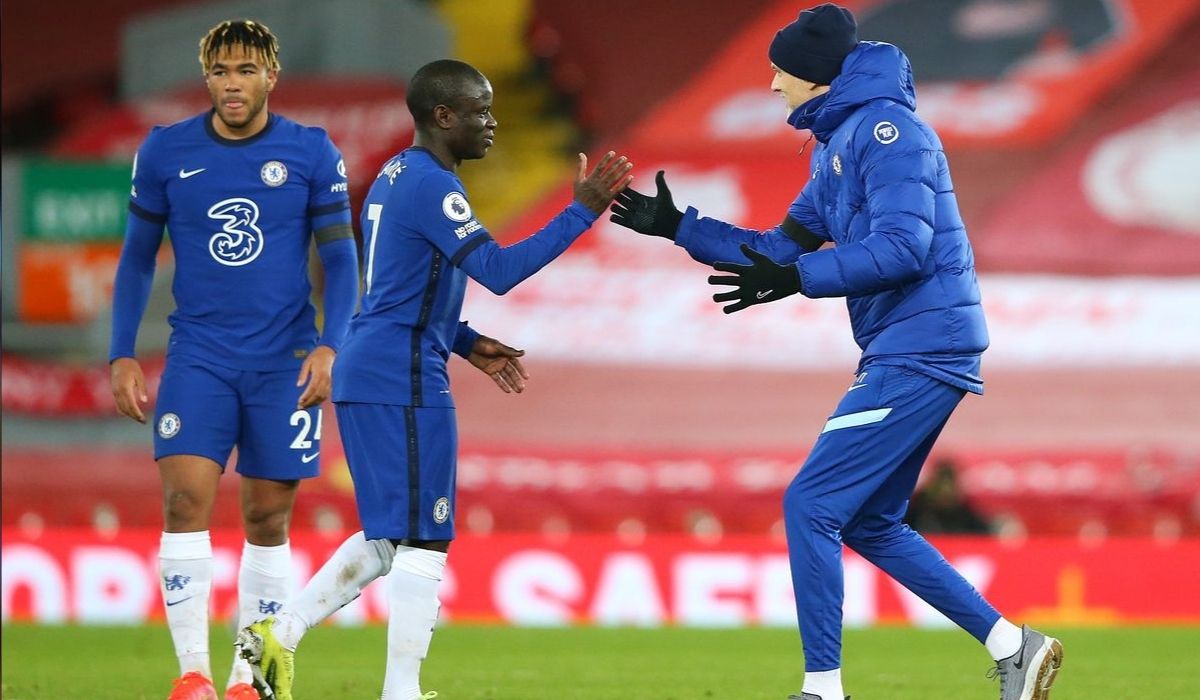 Chelsea has been dealt with a worrying situation after the club has been listed for sale. Moreover, the owner, Roman Abramovich getting sanctioned has put the future of many players of the club at risk as the club will have limited transfer activity. One such player is N’Golo Kante who will see his contract end in 18 months. However, Thomas Tuchel can be relieved as their academy product, Conor Gallagher could solve that problem.

N’Golo Kante has been an imperative part of the Blues since joining them in 2016. His immense work rate and stamina have been crucial in the club asserting dominance and giving balance to the squad. His contributions have helped the club with many silverwares including the Premier League, Europa League, and the Champions League.

Despite the age, the 30-year-old Frenchman has shown no signs of fatigue and his role at the club remains as important as ever. However, the current situation of the club might prevent them from retaining the midfielder.

Chelsea was put up for sale by Abramovich after his links with the Russian President posed a threat. However, he was sanctioned by the United Kingdom which has dealt a huge blow to their plans. Many players are also running out of contracts soon and unless the club is sold, their future will remain unresolved.

While this has put Kante’s future along with several other players’ roles in jeopardy, Tuchel can breathe a sigh of relief at least for the midfielder. Conor Gallagher has been proving time over time his progress and he can soon get his much-awaited Chelsea debut. After graduating from the club’s academy, Gallagher made his professional debut on a loan spell for Charlton Athletic.

Playing for two other clubs on loan since the 22-year-old Englishman is currently on his fourth spell with Crystal Palace. Joining the Eagles at the start of this season has been a crucial move for him as he has been thriving under Patrick Vieira. And his most recent performance against Manchester City has got him compared as the perfect replacement at Chelsea.

Gallagher’s performance helped Crystal Palace earn a deserving draw which also dented City’s title defense. During the match, he won eight duels, completed four dribbles, and earned three fouls. He also covered an enormous 12.5km against the Cityzens, which is also the highest a Crystal Palace player has recorded this season.

“I can’t stop him. I can’t stop him and I don’t want to stop him because this is the energy that pushes the fans as well to be behind us,”  Patrick Vieira on the pivotal performance displayed by the youngster against City.

“The last ten minutes were really difficult but the fans’ support made it really easy to manage those last ten minutes. Conor, this is his strength and this is why we love him. I think Conor, Cheikhou and Jeffrey [Schlupp] – all three of the midfielders are going to need a couple more days off than anybody else because they ran a lot.

“They ran behind the ball and sometimes you have the feeling that you’re running but you can’t get there but they didn’t give up and this is a really good sign for us.”

Tuchel would consider him in the near future as Kante’s future remains uncertain as of now. Moreover, Gallagher’s ability to make late runs into the box just like the 30-year-old would make him even more desirable to fit into the manager’s system. Conor Gallagher’s loan spell will cease at the end of this season, but he has a contract with Chelsea until 2025, which has the potential of being extended further.