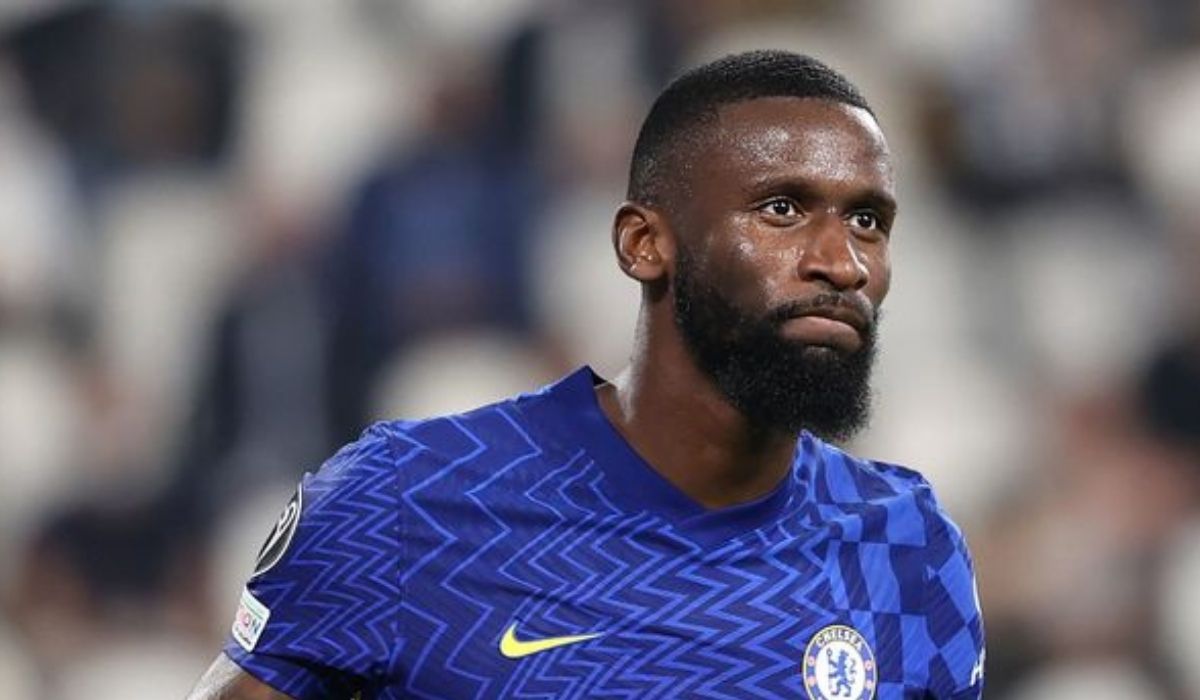 Antonio Rudiger is one of the most sought names ahead of the summer transfer window. A defender of high quality, Rudiger is pursued by the likes of Manchester United, Juventus, Barcelona, Bayern, Monaco, and Newcastle United due to his availability as a free agent. However, his ultimate destination is likely fixed as it is reported that the player has a soft corner for Real Madrid.

The Chelsea defender’s journey began in Germany when he started his professional career with VfB Stuttgart in 2011. After transitioning between the first team and the second team for five years, Rudiger joined Roma on loan, which further became a permanent move a year later. However, in 2017, he earned a move to England when Chelsea bid £29 million for him.

Since joining the Blues, the German has steeled his position as the primary center back. With five trophies to his name, Rudiger has built up quite a reputation. Because of this, many top European clubs are trying their best to sign the 29-year-old defender.

Moreover, the situation at the club has made the probability of his exit higher. Chelsea has been hit with financial restriction after its owner was found to have links to the Russia-Ukraine war. This forced Roman Abramovich to step down as the owner and put the club for sale. There has been no progress regarding that so far, which is the factor that makes the club worry more.

Since the sanction, the club has been restricted in their expenditures and the main thing that includes in this list is the transfers. Unless and until new owners take charge, the club will not be able to make any sales or land any signings. They will not be able to renew any contract which is the main problem now.

Many Chelsea players are set to run out of contract in the coming summer and Antonio Rudiger is one of them. The Blues are keen on extending the player’s contract and they had also reached a verbal agreement. However, the sanctioning of Abramovich changed the approach. Despite the club’s interest to retain the player, their hands are currently tied because of which the player’s agent is open to promising deals.

Real Madrid are said to have the upper hand, although the agent has not shut down the doors for other clubs. Rudiger has had a dream of playing for Los Blancos since he was a child, and that dream is on the verge of getting fulfilled. This is also a piece of great news for the Spanish side as they are also in need of a solid defender.

Real Madrid endured a double blow when Sergio Ramos and Rafael Varane left the club the previous summer. Although that hasn’t affected the team’s performance even slightly, their only options for the centre-back pairing are David Alava and Eder Militao. They don’t have any quality backup option and Rudiger’s presence can solve a huge problem for them.

The contract on the table placed by Chelsea was reportedly around €10 million per year for four seasons. Even if Rudiger wishes to extend his stay, it can’t proceed until the ownership problem is resolved. And the German might consider the alternative option from Real Madrid who are also reported to have matched the wages demand.