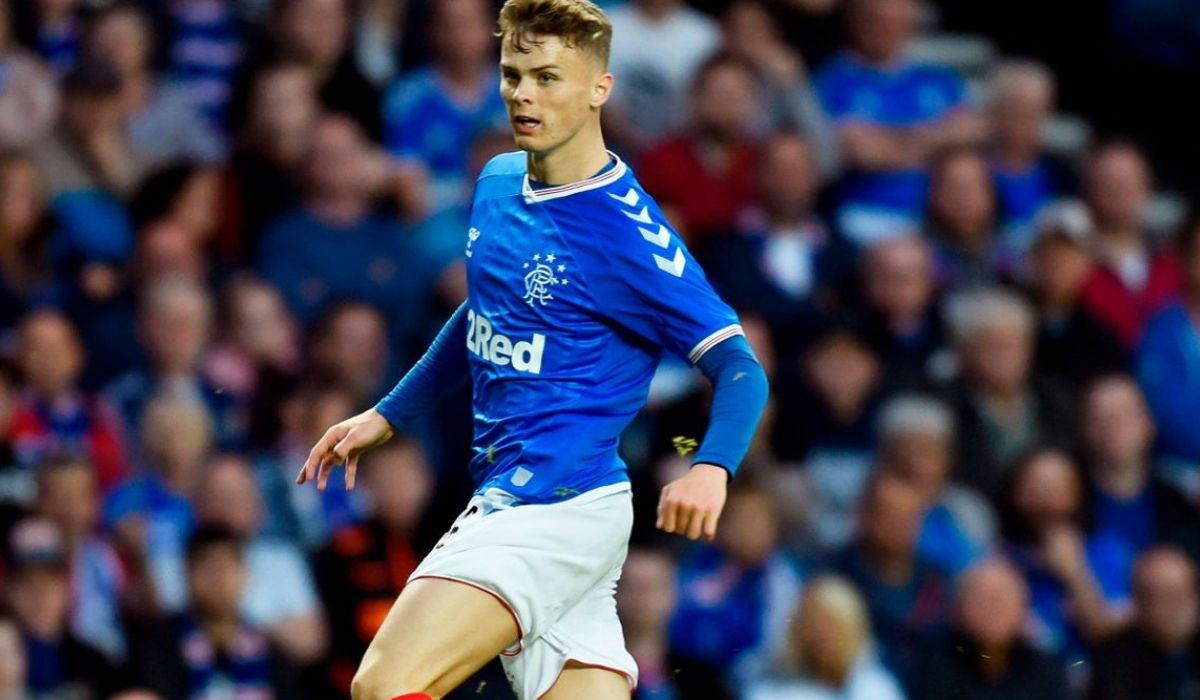 The Scottish side, Rangers have listed their starlet for sale and are willing to listen to offers for him. Josh Mcpake is a 20-year-old winger who is considered to be ousted by the club. The player had recently signed a contract extension that would keep him until 2024, but the Rangers have decided to not keep him. The club is ‘listening to offers’ for the player and an exit is likely.

The talented youngster is an academy product of the Gers and made his professional debut for the club in 2019. There was even a lot of buzz around him when the Scottish International came through the club’s youth system. However, his debut appearance was the only one he made for his side since. The forward has failed to break into the first team and has spent the rest of the period on loan spells.

His first loan spell was with the Scottish Championship side Dundee which was followed by another Championship club Greenock Morton. He made only over a dozen appearances in two years. The next one was his most successful one as his move to League Two club, Harrogate Town saw him make 22 appearances.

While it was expected to be a huge break for him, it turned out to be the opposite of it. He failed yet again to get into Rangers’ first team and has spent the ongoing campaign on loan at two clubs, Morecambe and Tranmere Rovers. McPake found it difficult to remain fit during the spell and made only five appearances with League One side Morecambe, as a result of which his contract was terminated by the club.

Instead of granting him a chance at the club, Rangers sent him another loan spell to Tranmere Rovers. Micky Mellon who is the current Tranmere manager praised the player after landing him on loan in January. He said at that time, “We are pleased to get him in. We are pleased with what Rangers have said to us and I agree, he’s one of their best talents outside the first-team group.

They want him among that. We will try and develop him like we do all the loan players that come here. He adds variety and a different type of threat in wide areas. We will need that as it’s nice to know you have different talents who can help you get a result.”

It looks like there has been a drastic change to what he said then. While there was a slight improvement from his previous club as he appeared 13 times, he has managed only three minutes of play-time in the club’s last six matches.

And the latest reports are not in the player’s favour. It is said that once the loan spell with Tranmere is completed, McPake’s future under Giovanni van Bronckhorst is all but over. Because of this, Rangers are set to look at all viable options for Josh McPake, which could be another loan spell or a permanent transfer.