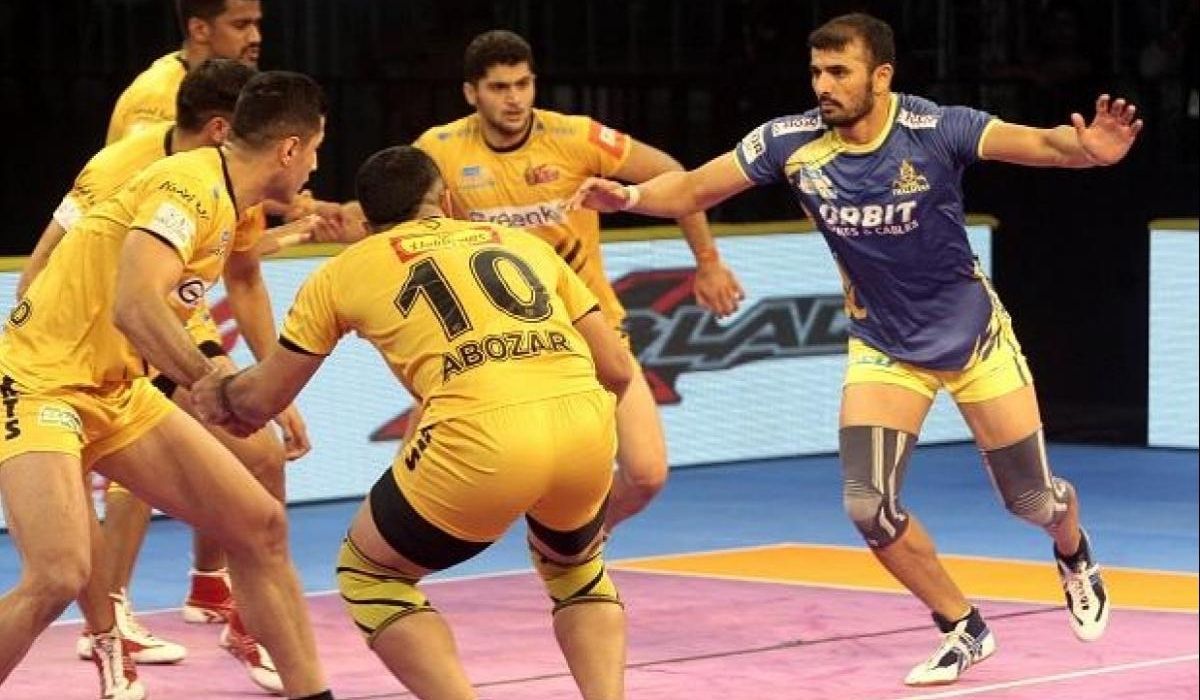 Telugu Titans made a great comeback in the second half of the game, they pushed Jaipur to an all-out and made the scores level, raid points from Adarsh T in the final minutes of the game helped Telugu register their first win of the season, and the match ended in the favour of Telugu Titans with a scoreline of 34-35.

Arjun Deshwal completed the 125 raid points mark in the PKL season 8 tonight by scoring 13 raid points, and he received great support from Deepak Hooda who scored 8 raid points for the Jaipur Pink Panthers. On the other hand, Rajnish and Adarsh managed to score 16 raid points for Telugu Titans.

Jaipur Pink Panthers have played really well in some of their recent games. They are currently ranked 5th on the points table. They have played 11 matches this season and managed to win 5 of them.

On the other hand, this win helped Telugu Titans to claim their first win of the season, they are currently sitting at the bottom of the table with 17 points. They have played 11 games this season and managed to win only 1 of them.