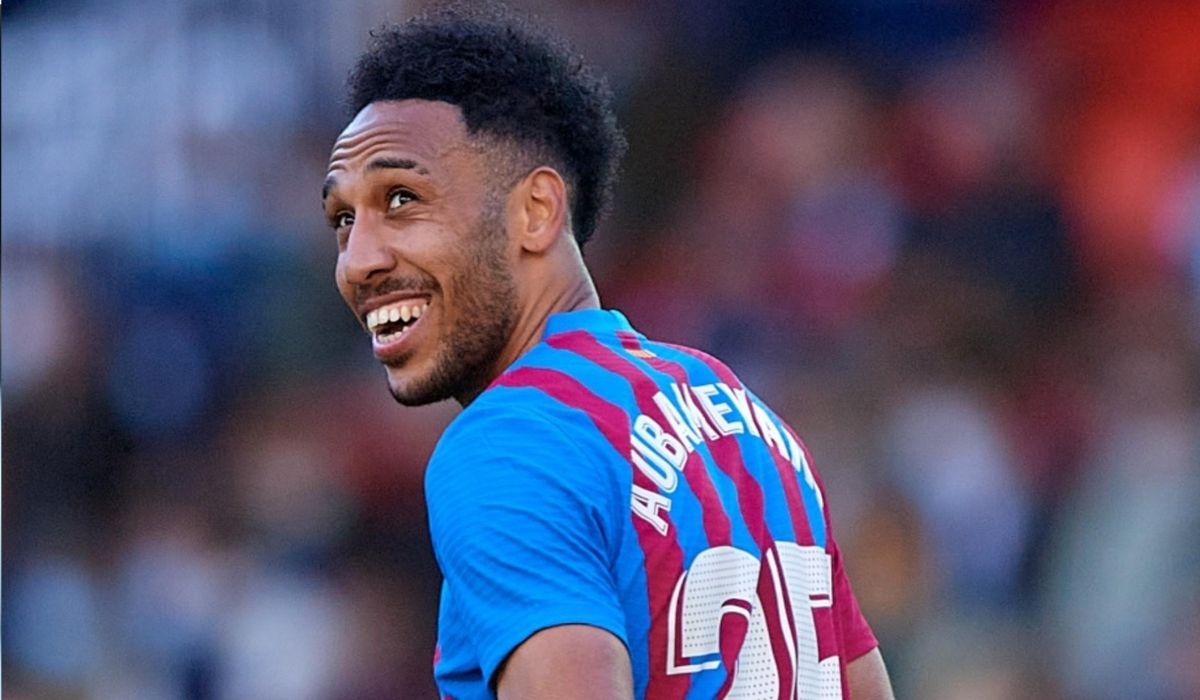 Pierre-Emerick Aubameyang left Arsenal for Barcelona this January and it has been a great move for both parties. While he has been flourishing there, Arsenal has also been having a successful run in the Premier League. A long-time Arsenal fan, Piers Morgan posted on social media how much he missed him at Arsenal after he scored his sixth goal at Barcelona to which Aubameyang gave his response.

The 32-year-old forward has been a crucial player for the Gunners. However, his time there saw an abrupt end after he left the club on a disappointing note. He was stripped of his captaincy role and not included in the squad after he breached the club’s disciplinary rules in December. He was further given green light to leave the club as well.

A decision that baffled many, turned out to be one of the best ones made at the club. The Gabon striker had six more months in the contract that he signed 18 months ago. However, Arsenal let him leave for free and Barcelona pounced on that opportunity. Although there were other suitors, the player decided to pursue the Spanish chapter.

Aubameyang has been in tremendous form there and he looks a completely different player now. The former Arsenal player has scored six goals in nine appearances at his new club. Out of this, five has been scored in six La Liga appearances which also includes a hattrick. Moreover, his resurgent form has also helped the club get back where they belong.

Barcelona’s unbeaten run of 12 games has closed an enormous gap and they are now third in the league. Although they are five points behind second-placed Sevilla, that can be reduced to two if Barcelona wins their game in hand which happens to be El Classico.

On the other hand, Arsenal is also doing extraordinarily well in the Premier League. Since Aubameyang’s departure, the Gunners have been putting up exceptional performances to climb into the top four. Their five-match winning streak has placed them fourth in the table, a point above Manchester United, having played a remarkable three games fewer. This incredible form, if maintained, can be their ticket back into the Champions League with only nine more fixtures left to play, 12 for Arsenal.

The famous broadcaster and Arsenal fanatic, Piers Morgan once again lamented the club’s decision to allow Aubameyang to leave by posting on social media. He said, “Arsenal fans have spent the past 2hrs gloating about why we’re so much better without Aubameyang & they’re so glad he’s gone. Meanwhile, he just scored his 6th goal in 9 games for Barcelona, which includes 5 goals in 6 La Liga games. I miss you Auba.”

Replying to his post, Pierre-Emerick Aubameyang took a diplomatic approach on the decision regarding the split with Arsenal by saying, “Thanks Piers but sometimes everyone benefits from a separation most important is that everyone is happy now. And we had good times that I will don’t forget.”