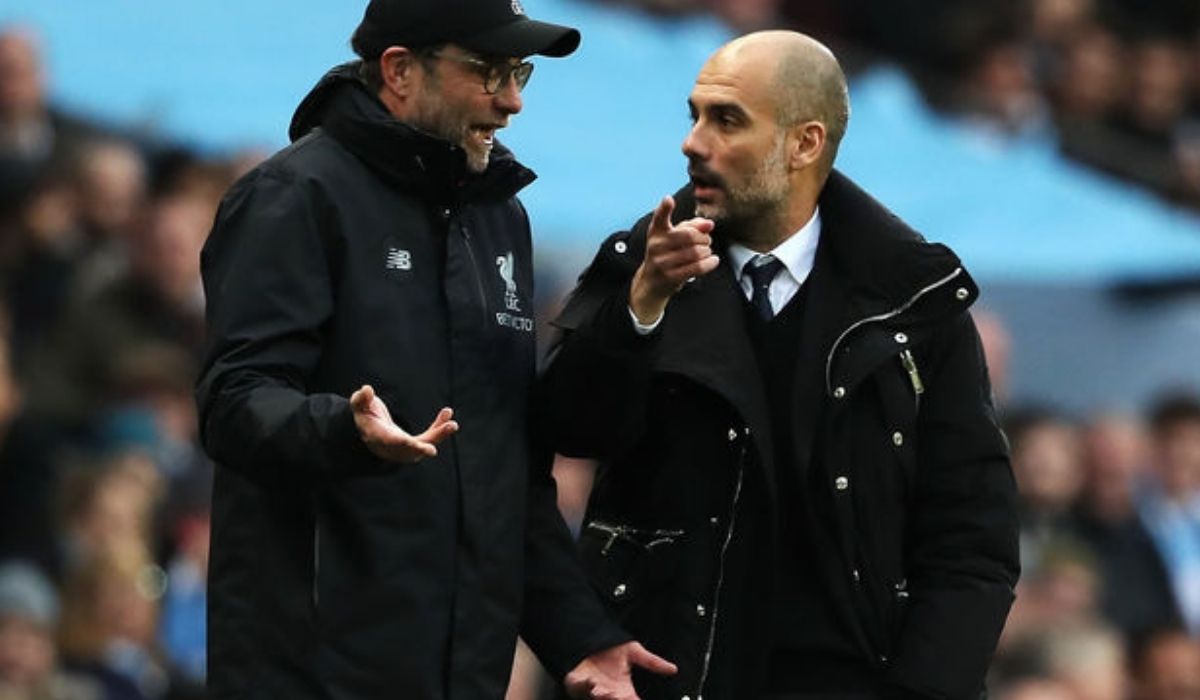 The title decider has decided nothing and the race for the Premier League title remains as intense as it was before Liverpool travelled to Manchester City. Both the sides delivered a relentless display that entertained us with the potential match of the season. A win for either side could have given a serious advantage to one side in the final part of the season. However, the 2-2 draw concluded nothing as both the managers agree that they need to win the remaining fixtures to finish first.

The title-deciding match had amassed all the hype and it did not disappoint. The captivating contest at the Etihad lit up instantaneously as the hosts took the lead within five minutes through Kevin De Bruyne. However, that didn’t hold long as Diogo Jota soon scored the equalizer. The Cityzens once again took the lead from Gabriel Jesus’ strike, which was provided fabulously by Joao Cancelo.

City kept the lead at half-time, but it was once again taken away right at the start of the second half as Sadio Mane smashed Liverpool’s second goal into the top corner. The match became exhilarating from that moment as both sides produced great opportunities to win the game. Although the game ended in a draw, Klopp and Guardiola will be relieved to have not fallen on the wrong side of the outcome.

Although Liverpool is still just a point behind the leaders, it is Manchester City who holds the upper hand compared to their rivals. Both the sides have seven matches each left between now and the end of the campaign. However, it is the Reds who will be facing the tougher fixtures.

Pep Guardiola had his say after Liverpool game

Speaking after the game, Pep Guardiola said a slip-up from his side in any of the remaining fixtures can cost them dearly as he believes that Liverpool has the potential to win all the remaining matches. However, he clarified that this view was not influenced by Sunday’s result.

“We missed an opportunity to beat them,” said the 51-year-old manager. “It’s a feeling that leaves them alive.

Winning, losing or a draw [today] will not end [the title race]. Both teams know that today was massive and we played for that. The performance was great and we know it, against an opponent we knew we would fight until the end.

It will be difficult, but for them too, also they have to win all the games too. We will see. Both teams tried to win the game and that’s nice to say that.”

Like minds think alike, and the Liverpool manager paraphrased the exact thoughts put forward by the Spaniard. Klopp also said that the leaders are capable of winning the final seven matches, which he also described as an ‘insane’ level.

“I think we can describe it as a boxing fight, both arms down for a second and you get a massive knock. I liked a lot of things. I thought we were closer than ever,” Klopp told the reporters.

“Nothing changes for us, we knew it in January; we knew in January if we wanted to win it we had to win 18 games. If there was one we could draw it was today. We drew, now let’s see. What we have to be, we have to be as close to perfection as possible, to win seven Premier League games, which is insane. But that is the only way to beat this team, if it’s enough because if they win them as well it’s difficult.”