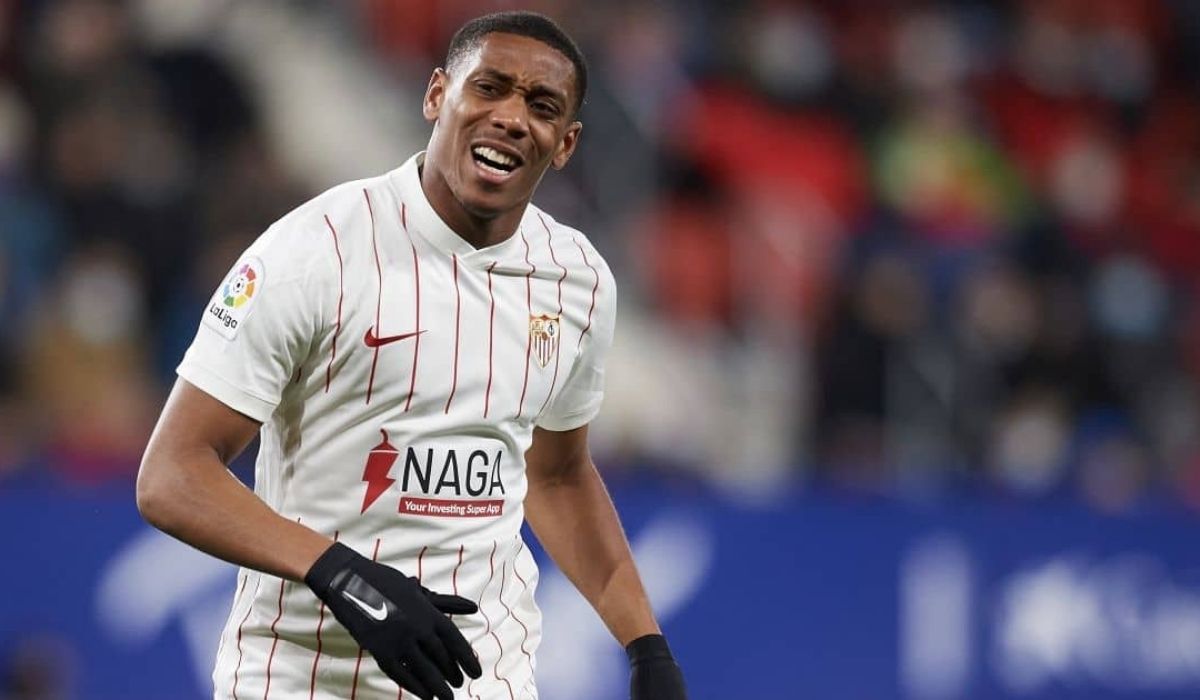 Anthony Martial was in dire need of playing football regularly and he has got his wish by joining Sevilla on loan from Manchester United for the remainder of the season. However, he recently revealed that two big clubs from Europe had tried to sign him before he made his move to Sevilla.

The Frenchman has had one of the most disappointing careers amongst many so far. Having joined Manchester United as a teenage sensation, Martial was expected to become a big hit. His performance with Lyon had caught the eye of the Red Devils who splashed £36 million, making him the most expensive teenager of that time.

He even won the Golden Boy award thanks to the performance he put up in the final year with Lyon. Martial had an exceptional start to his United career as well, shunning the critics who had destined him to be a flop. Even earning words of praise from Sir Alex Ferguson himself, it was clear that he was meant for greatness.

However, the player’s real problem started appearing from the second season. Under Jose Mourinho, he lost his place in the starting line-up after a series of underwhelming performances. He was often used as a substitute which also saw a drought in his goal tally. Martial was rejuvenated under Ole Gunnar Solskjaer and gave one of his best performances in the 2019/20 season. He scored 17 Premier League goals and revived hope of delivering more.

But his main nemesis struck again and he was performing poorly the next season. And he slowly fell down the pecking order after Solskjaer signed other players. Despite being filled with talent, he was only able to deliver his best on certain instances which could not make him live up to his potential in the six-and-a-half years stay at Old Trafford.

This season, his chances have become even scarce with the arrival of Cristiano Ronaldo. He has even lost his place in the French squad. In order to earn a spot in the squad travelling to Qatar for the 2022 FIFA World Cup, he needed to play regularly and decided to leave the club. The 26-year-old forward had attracted interests from big clubs like Juventus and Barcelona, but he opted for the move to Sevilla.

Explaining his decision on why he snubbed the giants, he said,” Yes, it’s true. Juventus tried to sign me. I talked to my agent and told him that I preferred to go to Sevilla. It was the best option for me and my family.

Barcelona spoke with my agent. But, as I said, I spoke to my agent and told him: My priority is Sevilla. And when I say something to someone, I don’t change it, I keep my word.”

The player has even taken a cut on his £240,000-a-week wage to secure the loan move. He added, “Both Sevilla and I have made an effort so that I could come. I have less salary, but I also know that paying my salary would be an effort for the club. So we’ve both made an effort. But I know that this effort will be good for both parties.”

Martial made his Sevilla debut last weekend. He struggled to make an impact after starting the match and was substituted with 15 minutes left to play. The manager, Julen Lopetegui however defended him by saying that it was just his first game and he will be contributing profusely once he gets adapted to the new atmosphere.