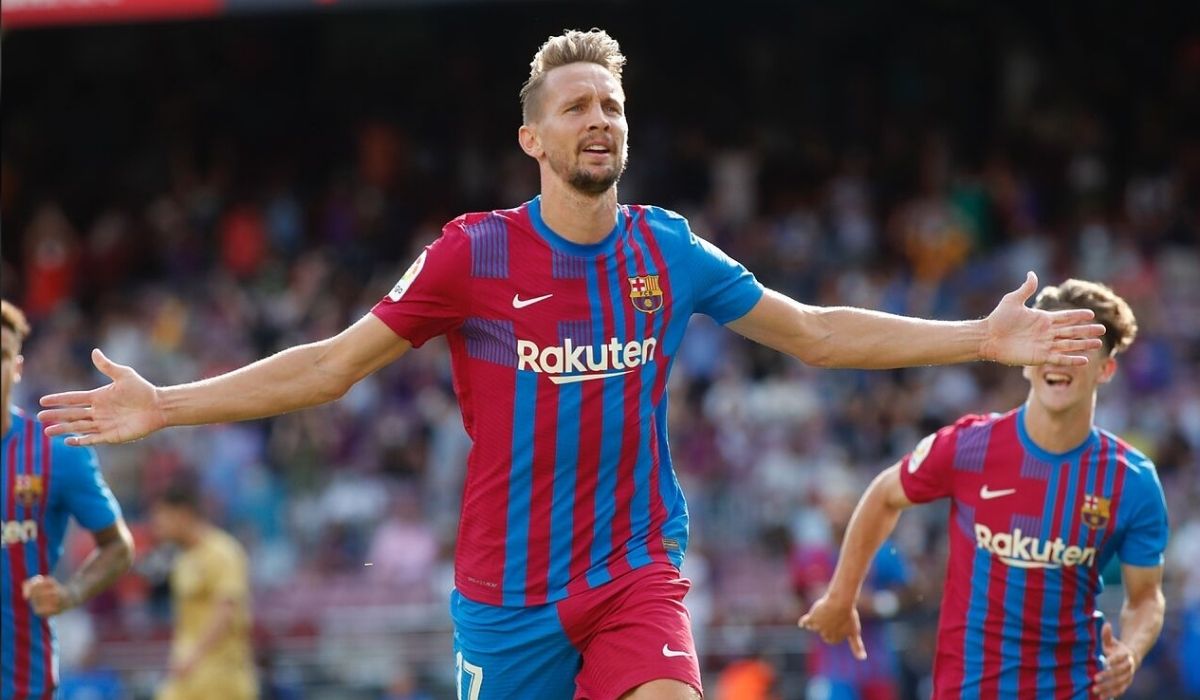 Barcelona are back to their best, or at least on the right path to recovery. A side that was hopeless a few months ago has seen an incredible transformation in a short span. The whole squad is deserving of credit, but the new manager, Xavi deserves it more for the way he has brought changes where he once played. From the players’ side, Luuk de Jong has gone unnoticed for his incredible transformation under the new manager.

The 31-year-old forward joined Barcelona on loan from Sevilla after the former manager, Ronald Koeman recruited his fellow countryman at the start of this season. And it has been a forgetful run for the Dutchman. Right from the day he made that move, de Jong has been ridiculed by the majority of the club’s fanbase.

Although his run was bad, he is not completely to be blamed for it. Ronald Koeman’s reign of terror not only saw the fanbase hate the players, but also the club up to a certain extent. Koeman registered one of the worst starts for the club which got worsened over time. By the time he was sacked by the club, he had done plenty of damage.

Barcelona were ranked ninth in La Liga and their hopes for a top-4 finish were bleak. And the three back-to-back losses in the Champions League had put them on course for their first-ever group stage exit in over two decades. That was a damage Xavi could not amend. However, in just six months, the Spaniard fixed all the remaining issues which were deemed impossible.

The 15-match unbeaten run in the league not only secured their top-4 hopes but also jumped them seven places as they are currently second only behind Real Madrid. This has been further boosted by the players’ form as many who have been struggling under Koeman have been rejuvenated by the former Catalan midfielder.

Luuk de Jong has Become an Important Contributor Under Xavi

One such player who makes the list is the player on loan from Sevilla, Luuk de Jong. The Dutch forward played nine matches with the former manager but found the back of the net only on one occasion. However, he has been the polar opposite under Xavi.

Although his outings have been limited, he has been delivering crucial performances when called upon. He has scored five times in 14 appearances, with the latest one being a match-winning goal. De Jong came off the bench and scored the goal in the 92nd minute as Barcelona defeated Levante 3-2 on Sunday.

“Scoring goals is amazing, but doing it at the death to win a game, which I’ve done a few times, is always special. They’re not normal feelings. I am happy for the team. When they need me, I am here. I have to wait for my opportunities”, said the forward during his post-match interview.

“The team knows what they have to do when I enter the pitch. Whenever they can, get the ball in the area and generate danger. I had Covid, but I didn’t have symptoms. I felt that I could keep on playing, but I couldn’t. When the team needs me, I am here”.

At first, Xavi was not counting on de Jong to be a proper contributor. But the player worked hard and patiently waited for his chance. January turned out to be his fate decider as a major Covid-19 outbreak at the club saw players, especially forwards become unavailable. Xavi’s options were limited and he was forced to play the Dutchman. To his surprise, it was he who claimed the club crucial points during that period.

Barcelona fans will definitely have changed their opinion on the player from the beginning. Not only is he scoring often, but also is he not complaining about the lack of minutes on the pitch. He is well aware of his role at the club and is more than happy to be the provider when called upon.