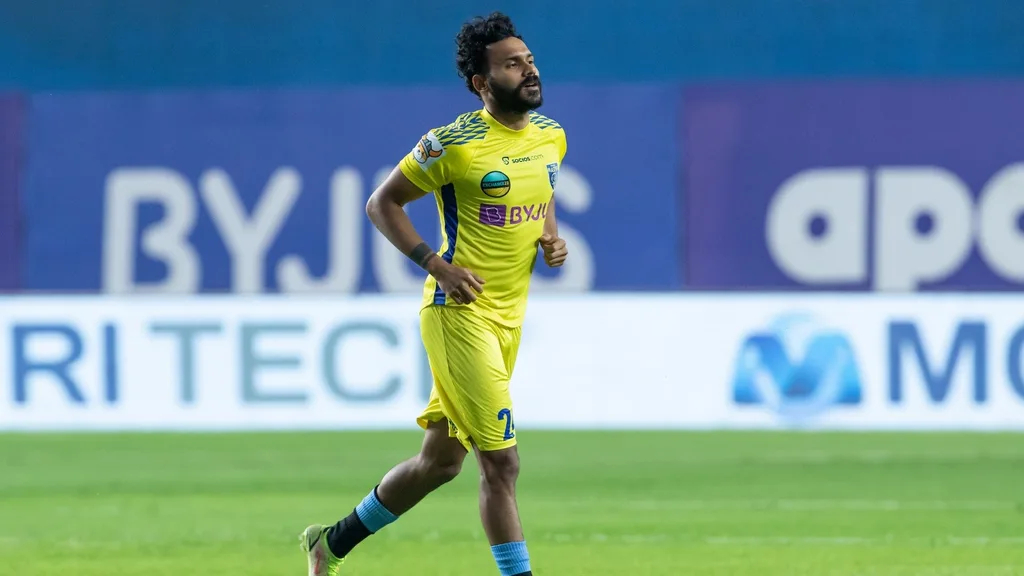 The talented star has signed a one-year deal for the upcoming season of the Indian Super League season.

The 25-year-old Kozhikode-born player spent five years at Kerala Blasters FC before joining the Marina Machans for the season.

The experienced winger has 76 appearances to his name and has three goals and as many assists.

He got into the Kerala Blasters side in 2017 where he made his professional debut in the I-League.

Talking about the signing, K Prashanth said that he is overwhelmed to be a part of Marina Machans.

“I’m truly happy and overwhelmed to be a part of this club. I am here to give my 100 per cent and raise the bar,” Prasanth said in a release issued by the club.

He is a product of AIFF Elite Academy. Prasanth has also represented India at U-17 and U-20 levels.

In the last season, he ended with one goal and as many assists.

The two-time champions, Chennaiyin FC’s first match will be against ATK Mohun Bagan in Kolkata on October 10th.