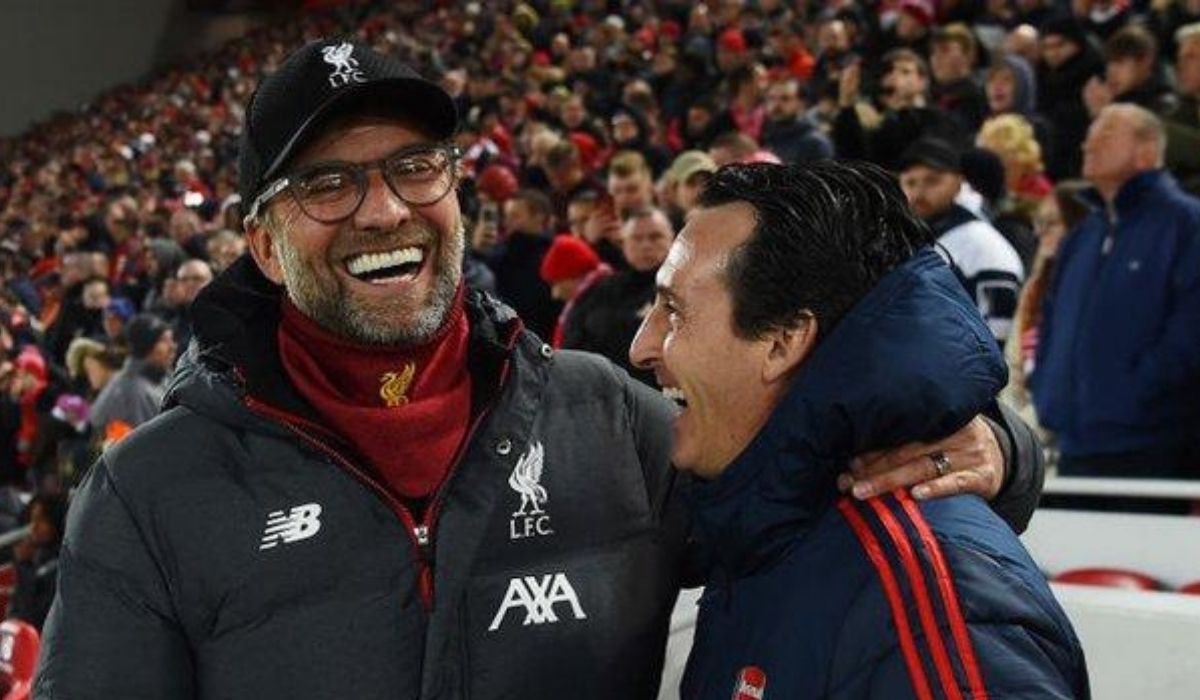 Four teams have booked their place in the semi-final stage of the Champions League, and Villarreal have shocked everyone by being one of the contenders. The Yellow Submarines defeated the 2019/20 champions, Bayern Munich 2-1 on aggregate to set up a date with the Premier League giants, Liverpool. The Reds also booked their place in the semi-final by defeating Benfica 6-4 after a goal-fest at Anfield. Jurgen Klopp praised the future opponent’s manager, Unai Emery on Wednesday night and said that the Spaniard has done an ‘unbelievable’ job at Villarreal.

Indeed Emery has done astonishing work at Villarreal. The club did not have a great record when it came to trophies and the only titles they won were the back-to-back UEFA Intertoto Cup that was discontinued in 2008. Apart from this, Villarreal had no silverware in their cabinet. However, it all changed when the 50-year-old manager took over the duties at the club in 2020.

He had an instant impact and achieved a trophy in the debut season itself. His side defeated Manchester United on penalties in the final to lift their first-ever Europa League trophy. And his impact has been improving over time as Emery has achieved an illustrious feat in the ongoing Champions League campaign.

Having finished second in the group stages, Villarreal were drawn to Juventus in the round of 16. The first leg ended in a draw and their progress was unlikely as Juventus had the upper hand in playing at home. However, Emery’s side shook the Italian giants after grabbing a huge 3-0 win in the second leg. They were drawn with Bayern Munich in the quarter-finals.

Klopp Warry of the ‘King of Cups’

Villarreal took a surprising lead in the first leg, but this time it was Bayern who looked promising to advance given their previous outing. Bayern Munich had thrashed RB Leipzig 7-1 after their first leg ended in a stalemate. However, the former Arsenal manager did the impossible and kept the Bundesliga champions at bay to win 2-1 on aggregate.

With this win, Emery has pushed his side a step closer to grabbing a fairytale finish to their Champions League run. However, the path won’t be easy. Villarreal will be facing Liverpool in the semi-finals and they are one of the favourites to lift the title. Their current form has given them a huge boost in the final part of the season as they are hoping to become only the second English side to win the treble.

Although Liverpool dominates Villarreal in every aspect, the La Liga side’s recent success over Juventus and Bayern Munich will make the Reds stay wary of the opponents. Jurgen Klopp has also mentioned that he won’t be taking them lightly as he believes Emery is ‘the king’ of cup competitions.

“I obviously saw the results, I saw last night, the game was very impressive, I must say, really good defending”, Klopp praised Villarreal’s win over Bayern. “I only picked up pieces but (a team) who kicks out Juventus and kicks out Bayern deserves to be in the (Champions League) semi-finals, it’s Villarreal.

(Unai Emery) is an extremely experienced manager who’s kind of the king of the cups, it is unbelievable what he is doing, Unai. When we play them we’ll be ready, but give me a bit of time to prepare properly.”

Liverpool defeated Benfica 6-4 to book their seat against Villarreal. On the other hand, Real Madrid overcame a comeback from Chelsea to face Manchester City, who did the same by defeating Atletico Madrid.