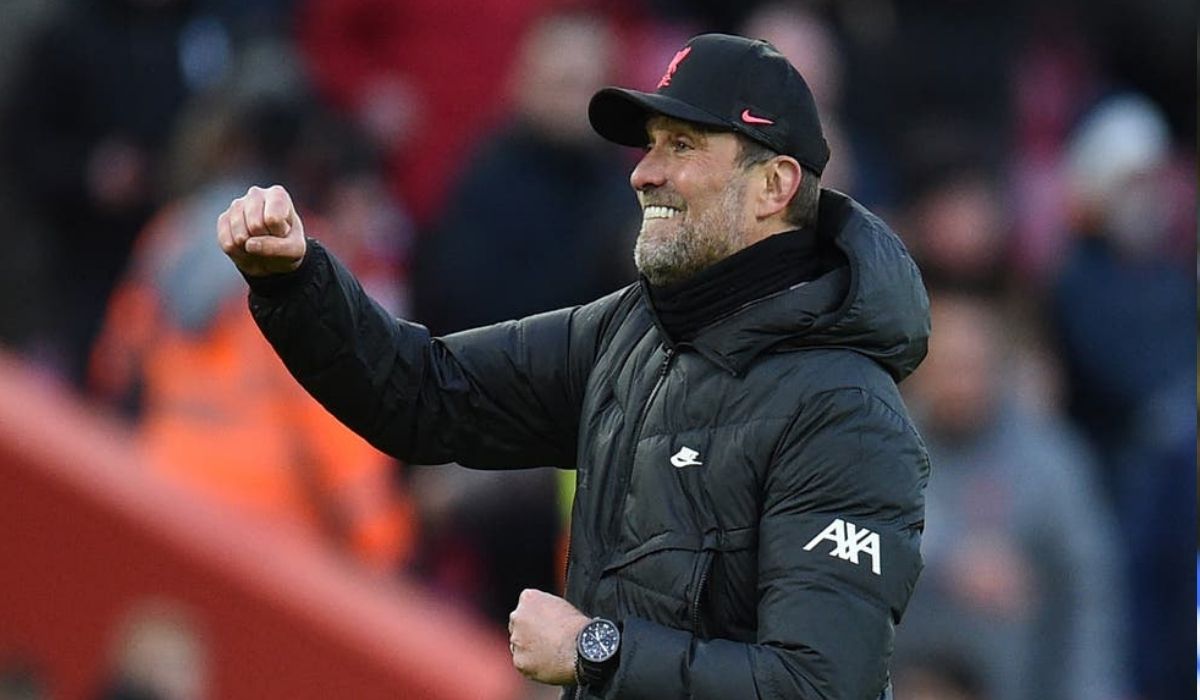 Every beginning has an end, and it looks like Jurgen Klopp is also nearing his end as Liverpool’s manager. The German manager will be running out of contract in 2024 and he has revealed that he plans to leave the Merseyside club once the contract expires. He further added that he’ll be thinking otherwise if he feels he has the energy to lead the club further.

It might have taken some time, but Liverpool has been revolutionized thanks to the brilliant mind. Klopp has done an incredible job which no other manager succeeded in doing at Anfield. He signed his first deal with the Reds in 2015 and extended his stay by signing a new deal in 2019. However, as things stand, he has no intention of extending it again and plans to walk away after two more years.

Jurgen Klopp has a special talent for reviving clubs, and it was evident by his works at Mainz 05 and Borussia Dortmund. From returning one to the top division to challenging for titles with the other, Klopp became the clear target for the forgotten Premier League elites. In October 2015, the German signed a three-year contract with Liverpool and extended it by six years the following season which would keep him at the club till 2022.

It is astonishing what he has achieved during his time at Anfield. Despite the limited budget, he slowly kept on improving his squad until it became one of the strongest teams in Europe. His initial task was to get the squad back into Champions League football. While he struggled to do so in his first season where they finished eighth in the league, they have never dropped out of the top-4 from the following season.

Significant progress was seen to Klopp’s side who reached the Champions League final in the 2017/18 season. While the result did not favour them, it did not weaken them. They came back stronger the next season and lifted their first European title since 2005. That success was followed by the UEFA Super Cup and the FIFA Club World Cup. Thanks to the European success, he penned down a five-year extension.

However, the most meritorious achievement came in the 2019/20 season. He fulfilled the dreams of every Red by winning their first Premier League title since the inception of the league. It was also their first league title in 30 years. Last month, they won the Carabao Cup by defeating Chelsea in the penalties. And if Liverpool manages to win the FA Cup, Klopp will have collected all the possible silverware at the club.

No one would want this incredible journey to end and would love to keep hold of the manager as long as possible. However, Klopp has made clear what his plans are and it is highly unlikely that the 54-year-old will be staying beyond 2024.

“If I have the energy levels for it is important. I love what I do but there must be something else out there in the world apart from always thinking about very well-skilled, good looking, fantastically nice players! But I really don’t think about it.

I’m full of energy but I have to make sure that is the case (in the future). I don’t want to sit around and be more tired and think, ‘Wow! Why is everyone bothered about the things out there because I couldn’t care less?’.

When I talk about a plan, I mean for the future of the club,” Klopp further added. “My future will be OK. I don’t have to plan. I could book last minute — let’s put it like this. It is not a problem.

The things we do, they are for a long, long time. So many things we’ve tried to improve over the years. At the beginning, a lot of people thought I was from Germany and we’d do it like the Germans but that’s not the case.

I was 20 years nearly working in Germany but I never thought: ‘Oh my God! We are perfect, we should bring all that stuff to other countries!’ No, just doing the right things, employing the right people in the right positions.

It doesn’t mean you win the title. It means you have the right people for the right job. That’s what we try and these people — a lot of them here at the moment — will be good. It will be fine whenever it will be after I leave. The plan is 2024, thank you very much.”

Liverpool is currently second in the league and is only six points behind the top with a game in hand. With 11 more matches to play, they will be hoping to grab their second title under Klopp’s reign. The manager is currently in the seventh year at the club. His initial plan was to stay for seven years, just like his time at Mainz and Dortmund. However, he would be surpassing that if he remains in charge for the next season. Moreover, if he manages to stay till the end of his contract period, Klopp will become the club’s longest-serving manager since Bob Paisley.