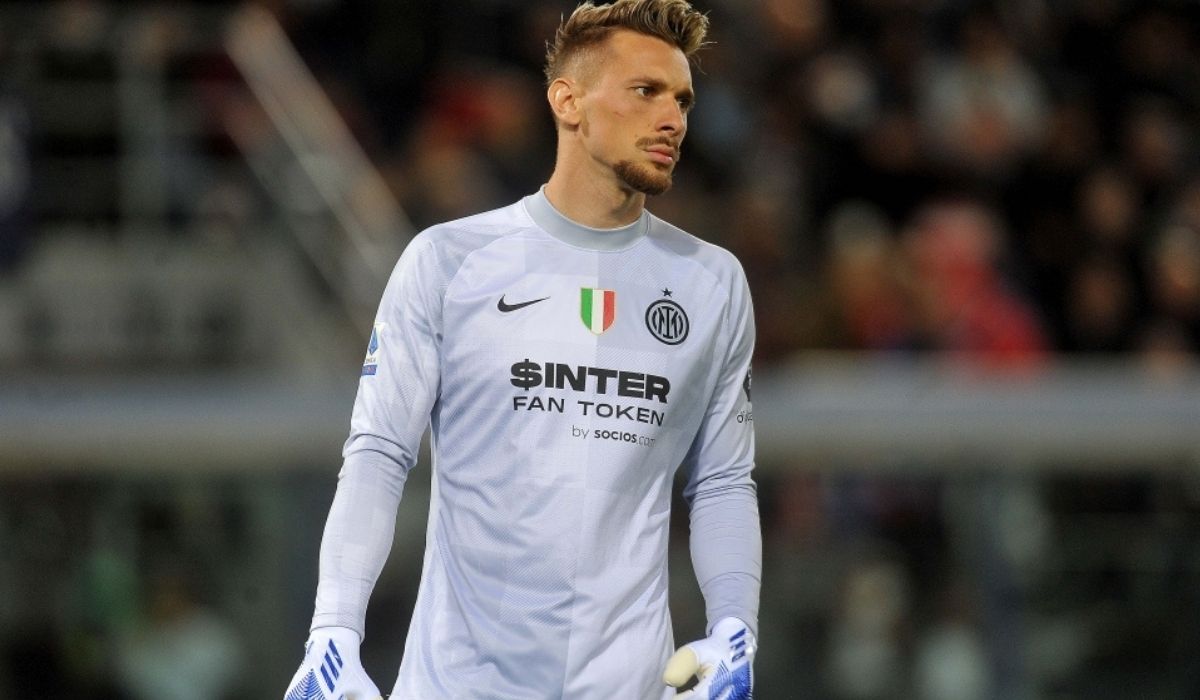 A goalkeeper’s role in football is very crucial. Unlike the other roles on the pitch, an error caused by them can produce only one outcome, and Inter Milan’s keeper Ionut Radu was the latest unfortunate victim of this mistake. The Romanian goalkeeper made an unthinkable blunder in the final minutes of the game which resulted in Inter losing the probable title-defining match against Bologna.

Inter Milan won the Serie A title after a decade-long gap, dethroning Juventus last season. And their title defense was going great. This season the Milan clubs had reignited their rivalry and were going toe-to-toe in the battle. Inter were always second because they had a played a fixture less as compared to the leaders.

However, they were only two points behind which meant winning the game in hand would get them on top. And that rescheduled fixture was the one against Bologna. Inter had got their long-awaited match to take the lead against their rivals. With just four more matches remaining, they could have easily held onto their one-point lead had they grabbed the win. But the universe had other plans.

Ivan Perisic handed the visitors a thunderous lead early in the third minute of the match. But Bologna’s Marko Arnautovic cancelled it out in the first half itself from a header. The Nerazzurri had plenty of opportunities to win the match but all the opportunities were squandered. The game was heading to a draw with a goal from each side. But disaster struck with 10 minutes left to play.

Ionut Radu is Inter’s backup goalkeeper and the manager had turned to him for this crucial fixture as their first-choice, Samir Handanovic was having injury concerns. While he did put a neat display, it all got undone with the error in the 81st minute.

Ionut Radu Likened to Peter Enckleman After the Blunder

The hosts were desperately trying to find another opening and Perisic tried to get the game moving quickly by throwing the ball back to the keeper. Unfortunately, Radu made a mess out of that move. He was trying to move the play to the right side by swiping the ball with his left foot, but he failed to make any contact. And the ball that was moving towards the goal was pushed into the net by Nicola Sansone.

Inter then pushed for an equalizer, but their efforts were shunned by Bologna. This result has and will definitely play a huge role in the title race. The Nerazzurri are two points behind AC Milan and with just four fixtures remaining, the title is already decided unless the Rossoneri make the mistake of losing a fixture.

This disaster has become a hot topic of discussion and the internet is not sparing the keeper. The mistake made by Radu was flashbacked by a viewer, who reminded everyone of the 2002 classic by saying, “Peter Enckleman’s back playing”.

Peter Enckelman was a Finnish football who had made the same mistake against Birmingham while playing for Aston Villa. The one made last night was a carbon copy of what the retired goalkeeper had produced early this century.

Many more tweets have made appearances like, “Just when you thought Serie A couldn’t get any more crazy, this is the goal that will win the league,” added another. “He’s definitely had his life savings on AC Milan winning the league,” joked one.

While most of the users pointed out the keeper’s blunder, many took his side and mentioned that Perisic should not have thrown the ball to him. “Inter sub keeper throws this howler during their game in hand to potentially hand the title to their biggest rivals? Only in Italy, I guess..” wrote one fan. “I understand the concept of last 10 mins get it upfield bla bla bla but he should never be throwing that to the keeper there anyway,” added another.

It is well known how much of an impact this result can cause. The keeper will be devasted by his grave error and he might not forgive himself if they fail to win the title. While many were throwing him under the bus, the manager Simone Inzaghi refused to criticize him and described the play as an ‘unfortunate incident’.

“Radu played very well against Empoli, he always trains well, we all have the utmost faith in him. It was an unfortunate incident, but these things can happen and it wouldn’t have been as damaging if we’d been 4-1 up rather than at 1-1. He should be reassured that Radu is an excellent goalkeeper with a bright future ahead of him.”