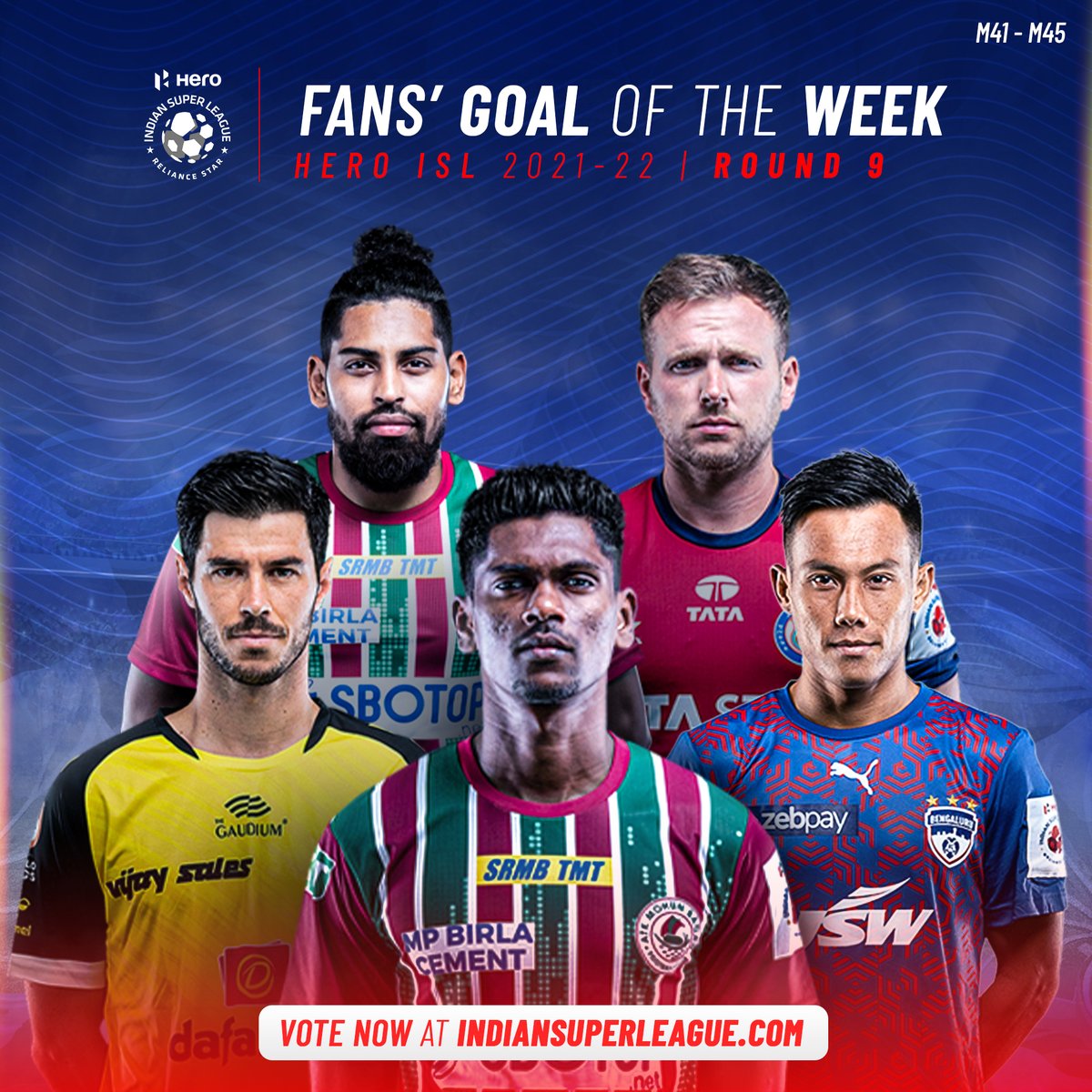 With fascinating draws, close encounters, big margin wins, and brilliant performances, Round 9 of the Hero Indian Super League 2021-22 season was full of action and high-voltage drama.

Round 9 began with a 1-1 draw between Jamshedpur FC and Kerala Blasters at the Tilak Maidan Stadium. By smashing a hat-trick against Mumbai City FC, Deshorn Brown successfully revived NorthEast United FC and equalled the scoreboard with 3-3.

It then witnessed a dominating win in match 43 where Hyderabad FC thrashed Odisha FC by 6-1. Meanwhile, ATK Mohun Bagan defeated FC Goa in the next match and earned a 2-1 victory.

Round 9 was concluded with the final clash of 2021 where Bengaluru FC defeated Chennaiyin FC by 2-4 and returned to winning ways.

Check out Hero Indian Super League Team of the Week of Round 9 with 3-4-3 formation:

Kattimani was fabulous on the field as he averted five shots and conceded just 1. He saved his team from the flurry of goals shot at him by the rivals.

With 2 created chances, 5 tackles and 6 clearances against Chennaiyin FC, the Blues’ defender bagged the Hero of the Match award.

One of the experienced players in ISL, Costa gave his all for Bengaluru FC and aided the team with 2 blocks, 4 interceptions and a goal.

Lallawmawma’s 2 tackles, blocks, and clearances helped his team in putting a tough fight before the Kerala Blasters FC.

Garcia was influential for his team and played an important role in a 6-1 victory over Odisha FC. He scored a goal, created two chances and made three needed tackles.

By creating plenty of chances, bagging a goal and making 3 clearances against Odisha FC, Victor made it to the Team of the Week.

The midfielder opened Chennaiyin FC’s account by scoring a goal in the early four minutes.

Despite sustaining an injury and missing for the first half of the match, Deshorn Brown made a solid comeback and scored a hat-trick against the table-toppers of this season.

A brace against NorthEast United FC helped Angulo in climbing the list of most goals.

Stewart was at his best in the match against Kerala Blasters as he scored a goal, took six corners and much more.