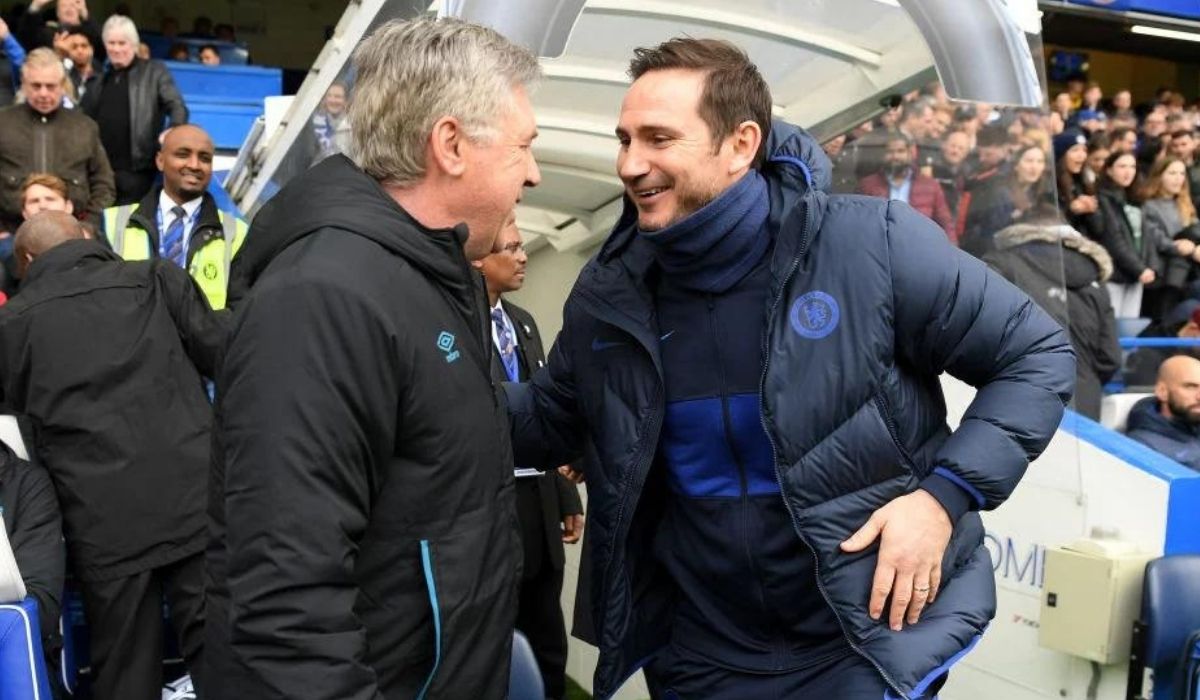 Frank Lampard’s journey as Everton’s manager might not have kicked off on the expected note. The Chelsea legend took over the managerial duties at the club but has failed to pull them out of the mess put in by the former manager. Lampard needs to work his magic soon to keep the club’s 68-year long stay in the Premier League intact.

The 43-year-old Englishman succeeded Rafael Benitez and was given an uphill task to climb. Although they were not at the risk of relegation then, their form was their worst ever in the Premier League. Lampard’s tenure at Chelsea proved his efficiency to bring a positive outcome. However, that hasn’t worked quite a charm at Everton.

Since joining the Toffees, the performances and results have deteriorated further. It has worsened to the extent that they cannot make a wrong move further ahead. The cushion they had for the last two months from the bottom three is now gone. Yesterday’s loss against Burnley meant that they are now just a point above safety.

The final journey of the season is also going to keep them worried as they will be facing Liverpool, Chelsea, Arsenal and Leicester City, which is more than half of the remaining fixtures. They will be facing Manchester United on Saturday and could use this as the perfect opportunity to bounce back stronger. The Red Devils are in an unknown phase but it is nothing close to good. Everton could hand them more misery and keep themselves safe in the race for survival.

Although they are lurking near the relegation zone too close, there is a belief that Everton can survive it. They have sufficient talent and have looked confident under Lampard at home. However, they lack experience, which can hopefully be provided by the experienced senior players who could be the key factors in their survival.

Individual performances have affected the progress at the club. Lampard has bought changes, but his ideologies are backfiring currently. They are trying to move the ball forward, but the defensive letdown is creating costly errors. But he is hardly to blame as the club’s recruitment policy is a mess. The previous manager also struggled with the same as Lampard is forced to rely on younger players with experience not available at the back. The pressure there breaks the overall balance of the team.

But, Lampard can only push his luck so far. It is true that he was handed a mess. The club made some horrendous decisions like selling James Rodriguez and Lucas Digne and the manager is given a difficult task. Difficult, but not impossible.

He has struggled often to patch up a strong team, but he cannot think of escaping criticisms longer. Lampard’s certain approaches have been unnecessary and that has cost them many crucial points. Moreover, he sticks to his approach that often puts them prey to counter-attacks and defensive vulnerability.

The former midfielder could, however, turn things around, starting with the fixture against United. Carlo Ancelotti had a short stint at the club, but it was an impactful one. He played with four centre halves which increased the solidity at the back. And it is worth trying for the current manager. Most importantly, removing his trust from Dominic Calvert-Lewin who is not able to offer much. Finally, some urge and bravery from the squad as if they are literally fighting to survive relegation could be the much-needed tempo.