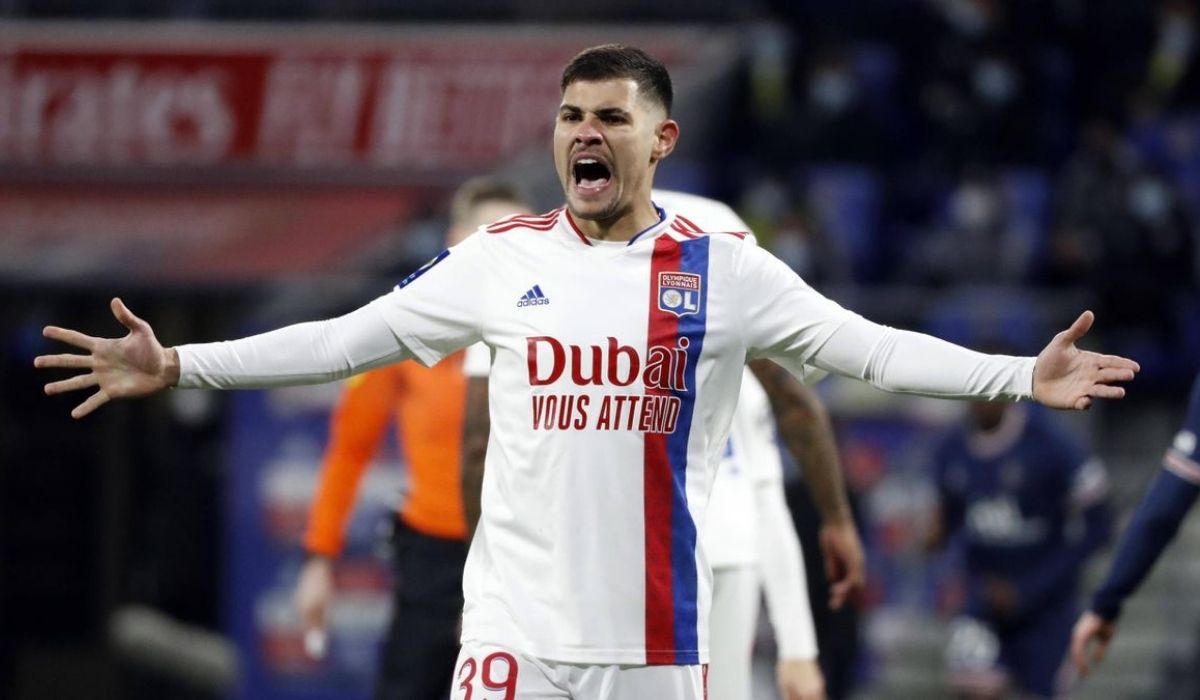 Newcastle United has made an official bid of €40 million to Lyon for Bruno Guimaraes. The 24-year-old defensive midfielder also has other suitors like Arsenal and Juventus. However, they are not interested in landing him mid-season and are willing to pursue him at the end of the season.

The Brazilian made his professional debut at a local club named Audax. Having graduated from their youth academy, Guimaraes appeared eight times for their first team, before joining Athletico Paranaense on loan. Impressed by his loan spell, his move was made permanent and the midfielder soon became an important player in their squad.

He amassed more than 100 appearances in just two seasons with the Brazilian club and scored 10 goals. In the process, he also won four trophies and was named in the 2019 Campeonato Brasileiro Serie A Team of the Year.

In 2020, Lyon made a bid of €20 million and signed Guimaraes from Atheltico Paranaense. Just like his previous club, Guimaraes soon settled into the team as an important player and has been playing a pivotal role since. His progress also earned him an international call-up from Brazil the same year. He has made three appearances for his nation so far.

Newcastle United became the world’s richest club after the takeover a few months back. However, those joys were shadowed by their current scenario in the Premier League. They are currently 18th in the league table and are fighting from relegation. The Magpies are threatening to be a title challenger given the resources they currently have. However, for that to happen, they must survive the ongoing season.

They have already made progress by signing some prolific players. Kieran Trippier was their first signing post the takeover which was followed by Chris Wood. Both these arrivals have had a huge impact on the club as they have not lost in the last three fixtures. In order to keep climbing, they are pursuing other players as well, of which Bruno Guimaraes is one.

The Magpies have lost some important players to injuries, because of which their need for a defensive midfielder has heightened. They will now be hoping for a positive response from Lyon regarding their €40 million bid so that they proceed with the deal before the transfer window collapses.

Newcastle United had also targeted Sevilla defender Diego Carlos. However, they met a dead end there as Sevilla decided not to sell him despite the two bids the Premier League club made. They were also interested in Manchester United’s outcast, Donny van de Beek. But that move was rejected even before a bid was made.

Despite the drawbacks, they are still hopeful of strengthening the current team and have their eyes on Jesse Lingard. A United born and bred, Lingard has been finding it hard to get into the playing eleven and is often used as a bench warmer. It was hoped that his incredible loan spell with West Ham United last year would change his fortunes but to no luck. Lingard’s contract will expire this summer and he is likely to leave the club then. Since United are trying their best to make him sign a new contract, Newcastle will be hoping to lure him on a loan deal and pursue him later when he becomes a free agent. They will be turning to Tottenham Hotspur’s Dele Alli if this deal fails to materialize.