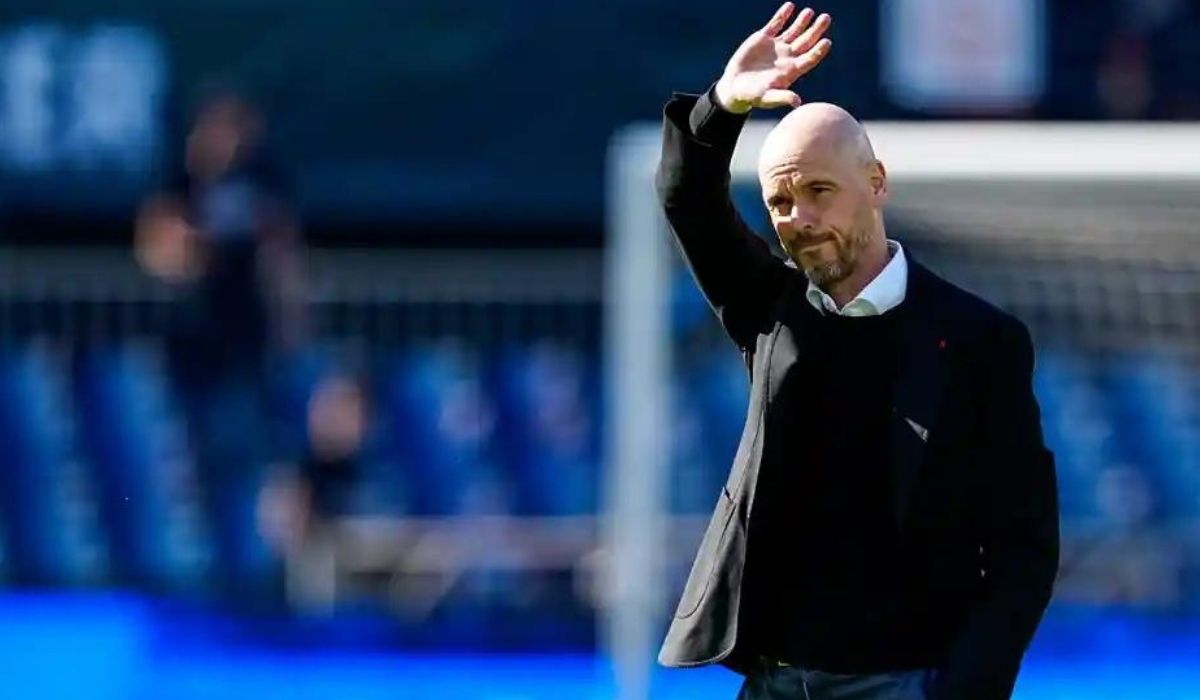 Manchester United are hoping to put behind their miserable decade by appointing a manager who can bring forward the changes required at the club. And it appears like they have got their ideal candidate. According to reports, Erik ten Hag is the manager who will be occupying the managerial role at the start of the next season, with verbal agreements between both parties presumably completed. Moreover, he has a clear transfer strategy that the club has already started working on.

Manchester United lost its heredity a long time ago, and no managers have been able to restore it. Ole Gunnar Solskjaer brought some major changes, but consecutive disappointing performances ended his tenure. Since appointing a permanent manager mid-season didn’t sound ideal, United signed Ralf Rangnick as the interim manager till the end of the current season.

However, the ‘godfather of gegenpressing’  has also failed to fix the woes so far, which forced the club to step up its pursuit of a new boss. Having shortlisted many rated managers, the Red Devils settled for the highly-rated 52-year-old manager, ten Hag. The Dutchman who is famous for his incredible tenure with Ajax happens to tick all the requirements United had wanted. Because of this, he is now on the verge of becoming the new manager after verbally agreeing to the contract.

Erik ten Hag is famously known for his work with youngsters and building a team for the future. With the mindset syncing perfectly, ten Hag has the potential to restore the club as United have one of the best academies in the world. Moreover, the Ajax manager will have the ultimate charge on new arrivals, and the club has leapt ahead with the summer recruitment plans.

The club has targeted five players for the next campaign, and surprisingly, all of them match ten Hag’s plans as they are all under the age of 22. Out of the five, two are known faces for the manager, and he is keen to bring the pair to Old Trafford alongside him. The Brazilian winger Anthony (22) and the highly-rated defender, Jurrien Timber (20) are the pair playing currently at the Amsterdam Arena.

Anthony is one of the brightest prospects in the Netherlands, and his arrival will most definitely increase the competition at the club that currently has a surplus of options upfront. However, Timber’s arrival could solve a huge problem at the club. United are miserable at the defence, and the highly-rated defender could possibly solve the problems if paired with the right partner.

Another player who has entered United’s radar is Everton’s Jarrad Branthwaite. The 19-year-old defender has rarely played for the Toffees, but the club’s recruitment department suggests that the player has plenty of potentials. Although he might not be a regular right away, United could pile more misery on Everton’s difficult season by signing the prospect.

Manchester United are going to have many slots available in the midfield and Enzo Fernandez could be one of the many to fill it. The Argentinian was recently scouted by United in Buenos Aires. The 21-year-old midfielder scored the opener for River Plate against Brazilian side Fortaleza in the Copa Libertadores. And reports suggest that United were impressed by his display in the win. The midfielder has a release clause of £16 million, which can potentially rise to £20 million in the final days of the Argentine transfer window. And ten Hag will have the final say on his arrival.

Paul Pogba is highly unlikely to renew his contract at the club and Jesse Lingard will bid adieu to his childhood club. Andreas Pereira is enjoying a good loan spell at Flamengo and it has the potential to become a permanent move. Along with them, the veterans Juan Mata and Nemanja Matic have decided to leave the club at the end of this season.

The possible departure of five prominent midfielders has put that position a clear area of priority, and the fifth shortlisted player could be a great addition for the Red Devils. Aurelien Tchouameni is the French sensation who has been targeted by many, and United have also joined the race after ten Hag’s arrival solidified.

ESPN claims that Erik ten Hag is a huge fan of the playmaker and is keen on signing the 22-year-old midfielder. Despite being a crucial part of the squad, AS Monaco has not blocked his exit and are open to negotiations. Manchester United however will have to put aside a hefty sum as the Ligue 1 club are looking for a bid between £50 million and £60 million for his services.