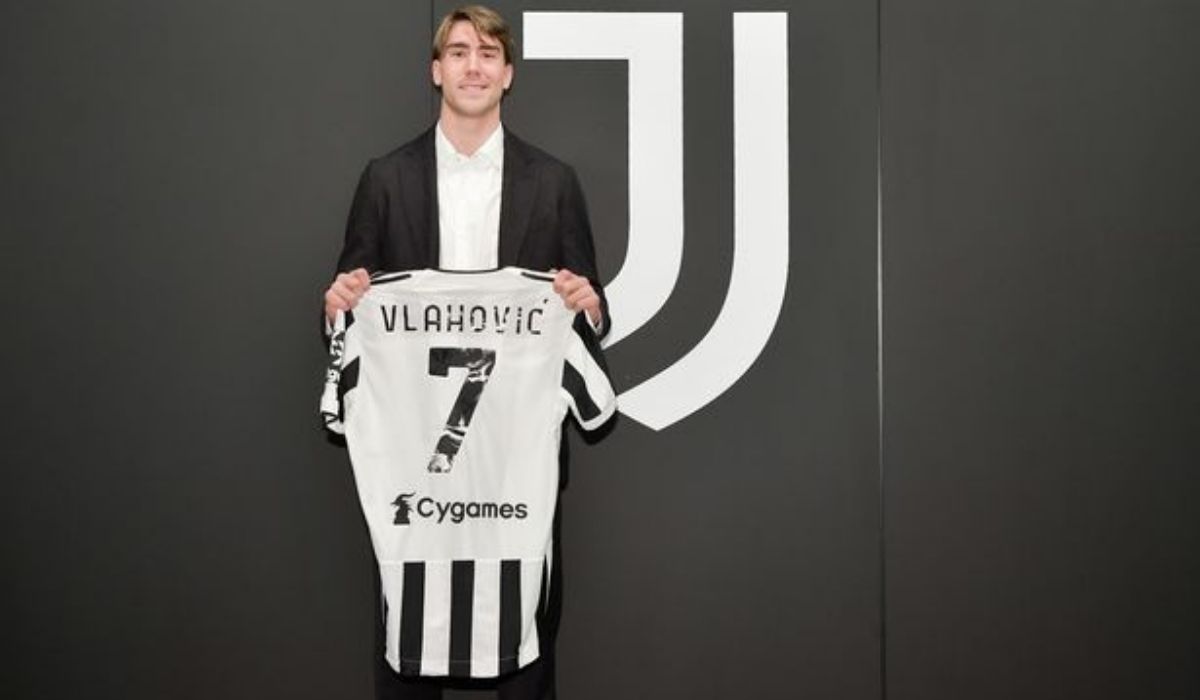 Dusan Vlahovic was a player targeted by various clubs. While Arsenal were leading a few days ago, it was Juventus who won the race for the Serbian striker from their league rivals, Fiorentina. The player joined the Italian giants on his 22nd birthday in a deal worth £64 million including add-ons.

Dusan Vlahovic joined the Italian side Fiorentina in 2018. Since then, he has been a hot prospect and many clubs have been keeping an eye on him. Although he had only limited appearances in the first two seasons at the club, he showcased all the talents required from a world-class striker. He got an opportunity to make an impact when he became a regular in the 2020/21 season. Since then, there has been no slowing down.

The 22-year-old forward scored 21 goals in Serie-A that season, saving his club from a possible relegation in the process. However, that was only the tip of what he was about to produce. In his second regular season on the trot, which is the ongoing season, Vlahovic has scored 17 goals in just 21 appearances so far. He is leading the Serie A goalscoring chart alongside Ciro Immobile. Furthermore, this critical form also helped him equal the record for the most goals scored in a calendar year (33) which was previously created by Cristiano Ronaldo.

His contributions to the national team have also been crucial. His four goals for Serbia in the World Cup qualifiers have helped the nation secure a direct spot in Qatar.

While this deal is joyous for Juventus, it was heartbreak and disappointment for Arsenal. The Gunners were the most interested in the Serbian. They are desperately searching for a striker as their current situation is not promising. Pierre-Emerick Aubameyang’s disciplinary actions have put his role at the club at risk. Along with that, their other strikers, Alexandre Lacazette and Eddie Nketiah are in the final six months of their contract.

Arsenal had put up a bid of £60 million which was also surprisingly accepted by Fiorentina, as they did not want to lose their star player for free with his contract ending in 18 months. Despite putting an offer of £161,000 per week on the table, Vlahovic did not accept it. The forward had revealed that he wanted to play Champions League football and that was not a tournament Arsenal were part of since the 2016/17 season.

Dusan Vlahovic’s addition also arises questions on another player’s future as well. Alvaro Morata has been the club’s primary striker for this season. While the club is undergoing a poor spell, so is the Spaniard. Morata has been able to register only eight goals in 29 appearances for Juventus this season. And the presence of a prolific goalscorer will likely push him down the pecking order.

Morata is currently on his second season on loan at Juventus from Atletico Madrid. The player is heavily linked with a move to Barcelona for the remainder of the season. However, his agent denied the rumours saying, “The road for Barcelona is no longer current. Alvaro feels well in Turin and we’ll see what will happen with Atletico Madrid in the summer. I am optimistic about his future in Black and White. Like Benzema, he works a lot for the team and he wasn’t scoring many goals with Cristiano Ronaldo”.