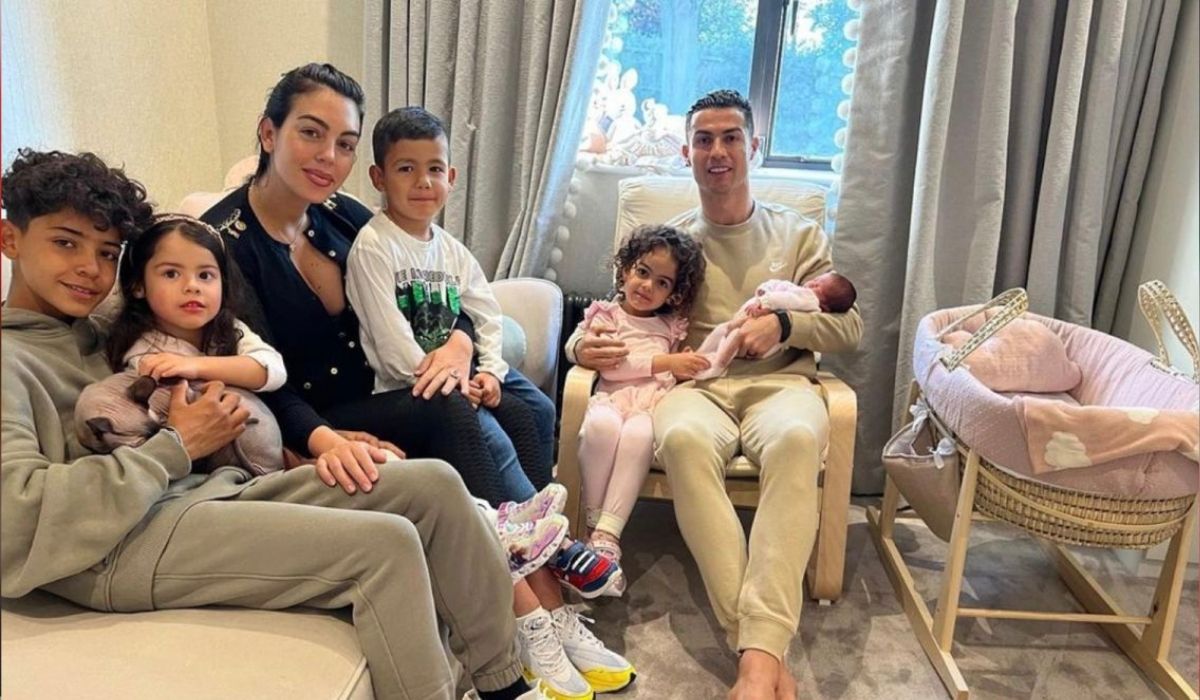 The last couple of days has been a heartbreaking period for Cristiano Ronaldo and Georgina Rodriguez. However, the player has revealed the news to everyone that they have returned home with their newborn daughter. He also revealed that he was blessed with the love outpoured by everyone and will forever be grateful for their gestures.

The Portuguese had announced last October that he was expecting twins with his partner. However, the world was met with heartbreaking news on Monday which the pair revealed together. One of the twins had died minutes after birth and the birth of the twin sister was what was giving them strength during the tough period.

The message which they published on the social media accounts read, “It is with our deepest sadness that we announce the passing of our baby boy. It’s the greatest pain any parent can feel. Only the birth of our baby girl gives us the strength to live this moment with some hope and happiness. We would like to thank the doctors and nurses for all their expert care and support.

We are all devastated at this loss and we kindly ask for privacy at this very difficult time. Our baby boy, you are our angel. We will always love you. Ronaldo originally shared the news of Georgina’s pregnancy with fans on social media, admitting their hearts are full of love.”

Following this tragedy, many clubs and players shared their condolences with the family. Manchester United were facing their fiercest foes a day later, and the tragedy had made the player unavailable who was spending the time with his family. During the match, the Liverpool faithful demonstrated a wonderful gesture in remembrance of Ronaldo’s son. All the fans together with the travelling ones applauded during the seventh minute of the match, which was also echoed by Liverpool’s chant ‘You’ll Never Walk Alone’.

Ronaldo’s family thanked the Anfield supporters for the memorable gesture as his sister Elma shared her emotion by publishing the footage followed by the message, “Thank you for this Liverpool. We will never forget what you did today.”

The player himself shared the footage on Thursday with the message, “One world… One sport… One global family… Thanks, Anfield. Me and my family will never forget this moment of respect and compassion.”

Cristiano Ronaldo and his family returned home with their newborn daughter on Thursday and the player showed us a glimpse of the baby girl. The photo which he posted on Instagram showed him holding the newborn in one hand alongside his partner and four other kids who were all smiles.

“Home sweet home,” he wrote. “Gio and our baby girl are finally together with us.

“We want to thank everyone for all the kind words and gestures. Your support is very important and we all felt the love and respect that you have for our family. Now it’s time to be grateful for the life that we’ve just welcomed into this world.”

Ronaldo had sat out the trip to Anfield, but he returned to Carrington on Wednesday and had a complete training session with the whole squad on Thursday. His return has also been at a crucial time for the club that will be facing Arsenal and Chelsea in a week’s time. Victory is crucial if they hope to keep their Champions League dream alive.