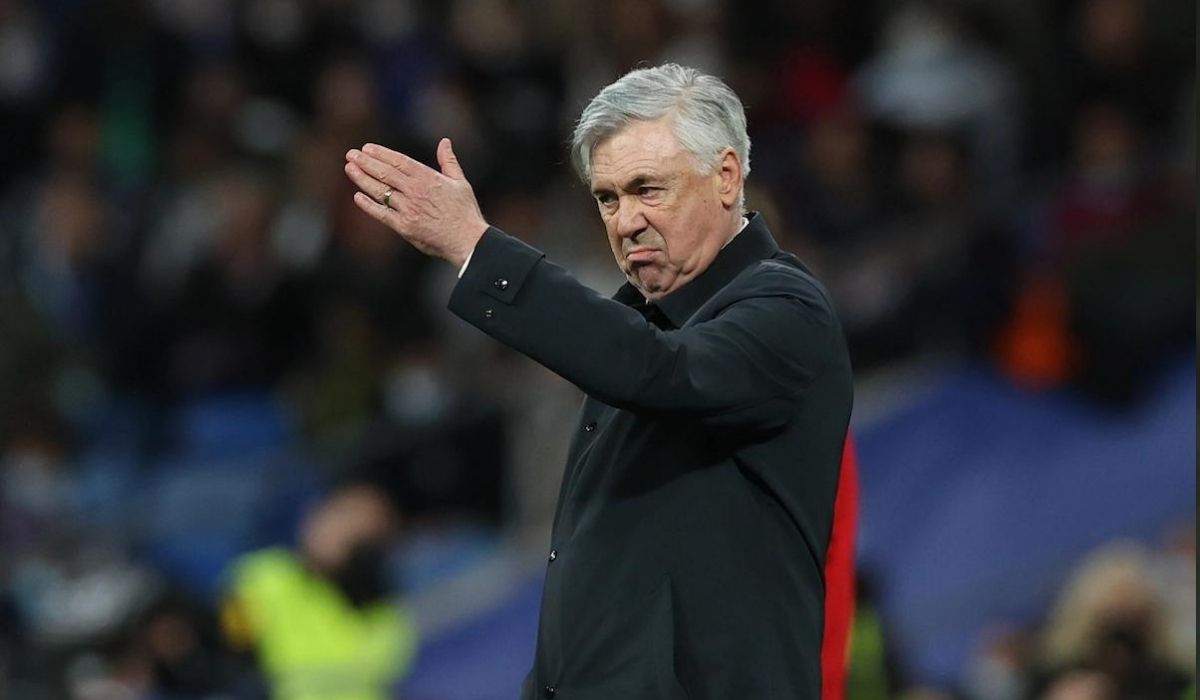 Real Madrid survived an inspirational fightback from Chelsea to secure their spot in the semi-final of the Champions League. Despite trailing by a shocking score, Real Madrid fought their way back and grabbed a hard-fought win. They won 5-4 on aggregate despite losing the second leg. Although it was a nail-biting match, Carlo Ancelotti praised the ‘magic of Bernabeu’ for helping them overcome Chelsea’s retaliation.

Real Madrid had almost sealed the semi-final spot in the first leg itself. A magnificent hat-trick from Karim Benzema saw Madrid take a healthy two-goal lead after defeating Chelsea 3-1 at Stamford Bridge. However, the Blues had no intention of giving up and even gave the 13-times Champions League winners a scare.

Chelsea started their comeback journey at Bernabeu on a great note with Mason Mount giving the English side the opening goal early in the game. They scored the second goal early in the second half through a header from Antonio Rudiger, which put them on level terms on aggregate. Although VAR denied their third goal, they soon earned their deserving lead a few minutes later.

Timo Werner put Madrid’s defence in a whirl before placing the ball past Thibaut Courtois. With this goal, Chelsea had completed a ridiculous comeback. However, the celebrations lasted only a while as Ancelotti’s decision to bring on Rodrygo changed the atmosphere.

The Brazilian got on the scoresheet two minutes after being subbed on by converting a stunning cross from Luca Modric. This boosted Los Blancos’ urge to finish the game, and the skipper did so in the extra time. Vinicius Junior and Karim Benzema linked up as the latter headed the ball to Eduardo Mendy’s farthest reach.

With the scoreline ending 5-4 on aggregate, Real Madrid booked a semi-final spot despite losing the match 3-2 to Chelsea. The epic win came just five weeks after Real’s terrific win against PSG and the manager was all bonkers for the magic the stadium has been producing.

After the win, Ancelotti said, “At the Bernabeu, you can never think that everything is lost. I can’t explain it, but the Bernabeu, there is this magic that helps you. I am very happy to reach the semi-final with this team, with this club, suffering a lot, yes. But the more you suffer, the happier I am.

We won (the tie) because we had the energy to keep the match alive. The players were brave and faced it like warriors”, he further added praising the fighting performance put up by his players.

The match was difficult, we knew that, but it was more complicated. After their second goal, the team had a psychological downturn, but the magic of this stadium helps the players and the team a lot to never give up.”