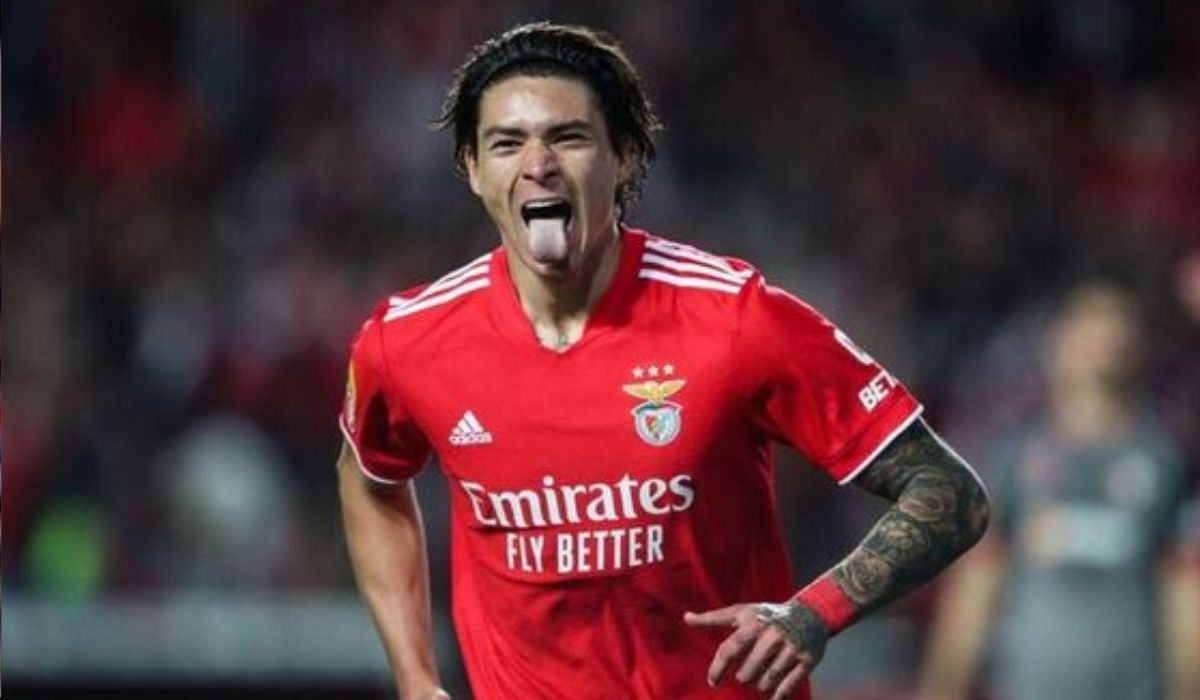 Darwin Nunez has become a target for many clubs thanks to his instrumental role with Benfica this season. And out of these ‘many clubs’, Manchester United are said to be one of them. The Red Devils are set to undergo an overhaul in the coming summer and Nunez is reported to be a priority for them. Although the competition for the 22-year-old will be plenty, United could hold the advantage for his signature.

The Uruguayan international joined Benfica in 2020 for €24 million, becoming the most expensive signing in Portuguese football history. He struggled in the first season as he was adapting to the new league. He struggled during the Covid period and his situation worsened as he missed the starting months of this season after undergoing knee surgery.

However, his return marked the birth of a new star as Nunez has been blisteringly good. He has racked up a mammoth 33 goals in 39 matches, out of which 25 are from 29 league appearances. The forward has also been influential for his side in the Champions League as he contributed six goals in their journey to the quarter-finals.

The breakthrough this season has attracted many clubs and as per AS, the Red Devils are leading the race. Earlier this month, the player revealed that he will not be renewing the contract with his agent Edgardo Lasalvia. This has stirred reports that the player is now managed by the super-agent Jorge Mendes.

However, few other reports claim that Mendes is not his client, but is tasked to carry out the player’s potential move in the coming transfer window. This process attracts similarities to that of Bruno Fernandes’ move. The Portuguese was and is still managed by Miguel Pinho, but Jorge Mendes directed his switch to Manchester United.

Mendes’ involvement in Nunez’s deal will be similar to that of Bruno Fernandes’ and it could be a major factor for the Red Devils in the race. Although there are many other factors that could affect the outcome. Arsenal, Manchester City and Liverpool are the other Premier League clubs that are interested in the Uruguayan. City will only be pursuing him if their ‘almost done’ deal for Erling Haaland fails. Liverpool have plenty of attacking options at the helm, but they will not shy away from a world-class talent when their attacking trios’ future is unclear.

Manchester United are having a miserable season. They are potentially going to play another Champions League-less campaign. But looking on the bright side, they appointed Erik ten Hag last week and the presented plans for him look promising. The Ajax manager is reported to have been granted a pocket of €240 million for the renovation. And as per the interim manager Ralf Rangnick, at least six new signings can be expected.

It is going to be a serious transformation with many players set to leave the club. Ahead of the new manager’s arrival, the club has already started working on a few deals already. The report from AS also explained that signing Darwin Nunez is an ‘express request’ placed by ten Hag.

It is still unclear if the player is interested in leaving the club he is thriving in. However, if he ends up making that decision, Benfica will only consider negotiating a deal if a bid of around €130 million is made. Manchester United will have to be careful with the funds as they have many players to sign. But if they genuinely consider Nunez is worth the valuation, they will move forward with it.