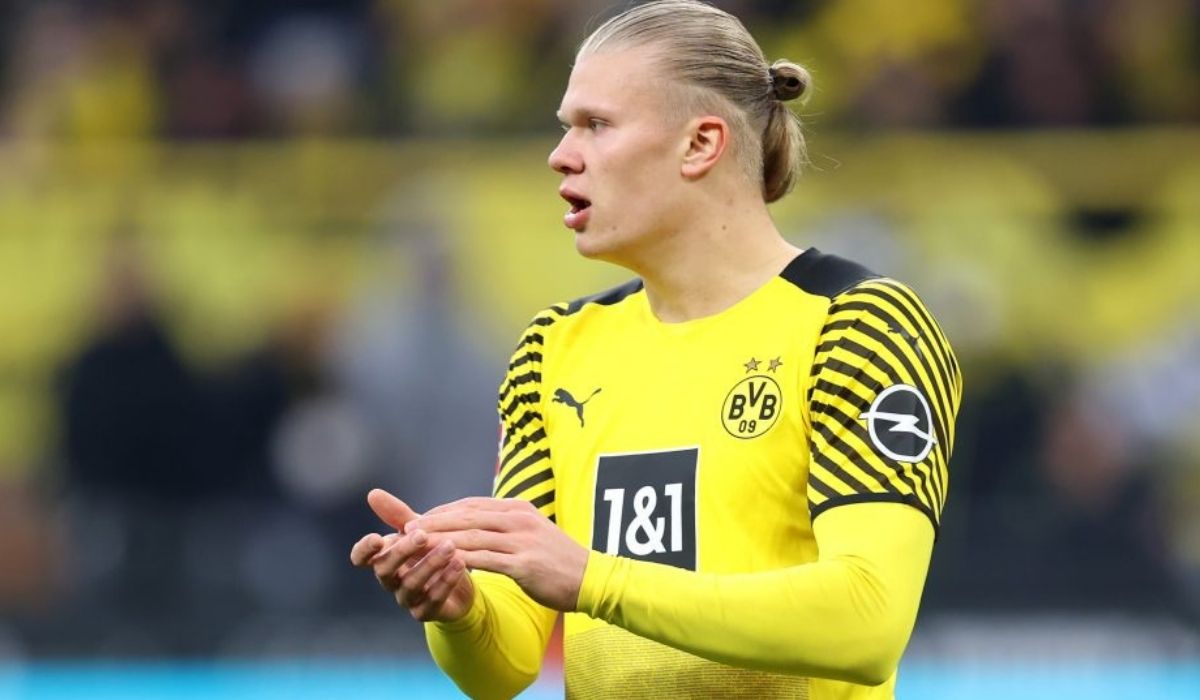 One of the biggest transfer sagas is set to get closure as Manchester City are edging closer to the mammoth move of Erling Haaland. The Norwegian was a matter of interest by many clubs, but it looks like his father’s former club are steps away from completing the mega-money transfer. However, Borussia Dortmund fans are not happy with this news and they have warned the English side from signing the 21-year-old striker.

The Haaland saga is one that has been going on for quite a while now. Initially, Manchester United and Juventus wanted to sign him from RB Salzburg, but it was Dortmund who won the race for the goalscoring machine. Despite the move, there was no trouble for the youngster to settle into the new league as he kicked off his new campaign with a hattrick.

That was just a few of what he racked up as Haaland has scored 82 goals in just 85 games he has played for the Bundesliga side so far. His physicality, pace and finishing were praised by many and his presence was something every club dreamed of having. The reason for him to be so in demand is because of the clause in his contract.

At the time he put pen to paper at Dortmund, a release clause was also inserted that would make him available in the transfer market for just £63 million in the summer of 2022. And that day is only months away from now. Many clubs have been trying to lure him for a year, but the player kept delaying his decision. Real Madrid are also keenly interested in him as they are hoping to link up Haaland and Kylian Mbappe at Santiago Bernabeu.

However, as per the reports, the Premier League giants are set to complete his signing ahead of the new season. Manchester City have become a dominant side under Pep Guardiola and they have been a threatening force even in the absence of a striker. Guardiola often plays with a false nine and yet they are the second-highest scoring team in the league.

And with Haaland onboard, the numbers will easily increase. According to reports, both the parties have reached a verbal agreement, and the Norwegian is set to become the highest-paid player in the Premier League after the deal is officially completed.

City are set to pay the player a whopping £500,000 per week salary, which has attracted attention from the Dortmund fans. They are heartbroken with the fact that their star player is leaving, however, their aim here was to show City that they are making a mistake by signing an injury-prone player.

One fan said: “Oh dear he will become a bigger flop than Grealish, since his injury he hasn’t been the same, maybe he will be for man city but I doubt that.” Another added: “Enjoy Mr. Injury @ManCity.”

A third added: “All jokes aside he’s an insane talent but 500k a week for him esp. considering his injury record is insane.” While another questioned how well he would adapt to England: “Tears in my eyes most money in the Prem for 15 games a season.”

The list keeps on going, but despite the fact what the fans are putting forward is true, Haaland has scored plenty. The 21-year-old has missed 16 games through various injuries this season, but he has racked up 25 goals in the remaining 26 he played. Moreover, he is also the third-highest scorer in the Bundesliga behind Robert Lewandowski and Patrik Schick.

Pep Guardiola has been dodging all the questions thrown at him related to Haaland. He has insisted that his focus remains in the final weeks of the season as they are fighting for the Premier League and the Champions League title.