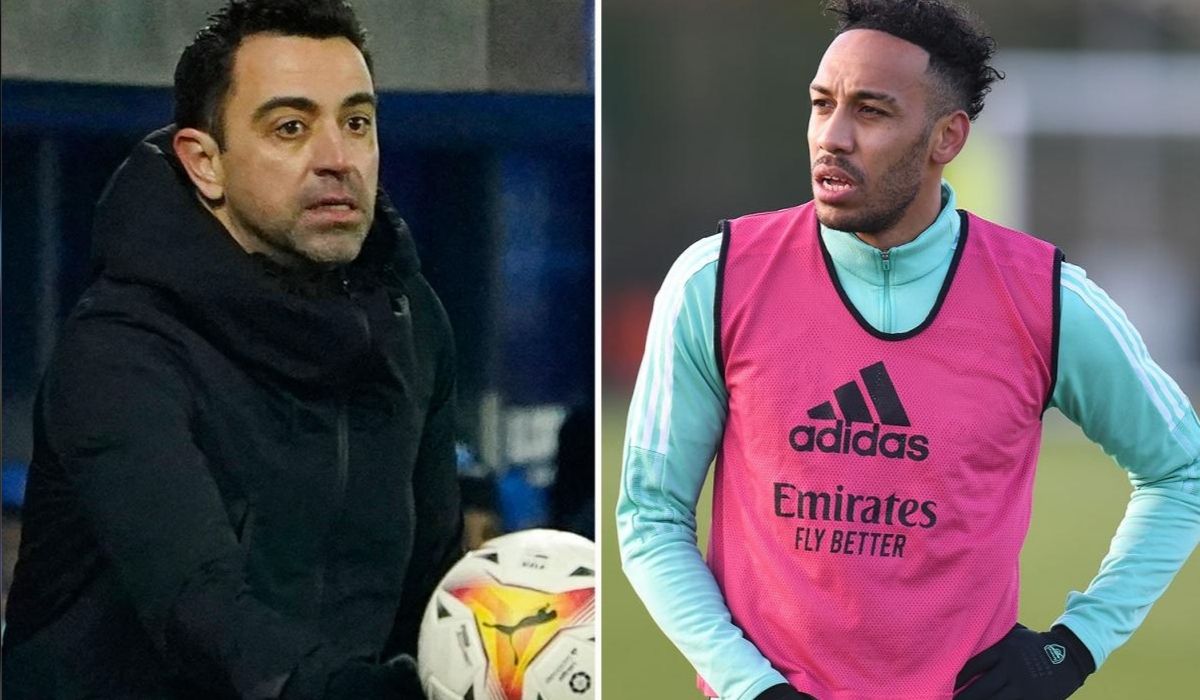 Barcelona acquired Pierre-Emerick Aubameyang in January, and it has been one of the most fruitful decisions made by them. While he has only played nine games for the Catalans so far, his impact has been tremendous. Praising the contributions made by him, the manager, Xavi has hailed him as a ‘gift fallen from the sky for the club.

This statement would have not made any sense in the first half of the season when Aubameyang was part of the Arsenal squad. The Gabon striker had been a crucial contributor for the Gunners, but his form saw a dip during the 2021/22 season. And to worsen things, he was shunned by Mikel Arteta after he breached the disciplinary rules at the club.

Since the incident in December, he was stripped of his captaincy and even excluded from the squad. His future became doubtful and Arsenal listed him in the transfer market. After failing to appear for more than a month, he was saved by the Spanish giants. Although there were other clubs interested in him, the 32-year-old striker preferred Barcelona as his ideal destination.

Aubameyang is a gift fallen from the sky

Aubameyang had signed a bumper deal with Arsenal just 18 months ago. While he still had six months remaining in that contract, they mutually decided to end it and he joined the La Liga side for free. While it was a questionable decision, both Arsenal and Aubameyang have been thriving in each other’s absence.

Arsenal has found an incredible winning streak of five games which has put them in control of securing a Champions League spot. They are a point ahead of fifth-placed Manchester United and have done so with three games in hand. On the other hand, Aubameyang has helped Barcelona close a huge gap in La Liga.

The resurgent form of Barcelona has helped them jump to an incredible third spot and could end with the second spot at the end as they are only five points behind Sevilla with a game in hand. The striker has made his contributions since February and has scored five goals in six games, surpassing his tally of four at Arsenal in eight games lesser.

His latest contribution in the 4-0 win against Osasuna has earned him praises from the manager. Ferran Torres scored two of the goals, with Aubameyang and Riqui Puig scoring the remaining two. But the 32-year-old was applauded for his consistent hard work and performance.

“Well, Auba (Pierre-Emerick Aubameyang) has been a brilliant gift fallen from the sky for us because he’s very positive,” Xavi said. “He reacted very well in the dressing room. He’s adapted quickly to what the terms need and the circumstances we are in.

Auba finds space behind, he can create chances, he scores goals. He works hard for the team. He pushes the center-backs and the goalkeeper, so it’s a privilege to manage him and we know he’s got a lot of goals to give the team.

I’m very pleased with him individually because he’s an example to follow in training and everyone in the squad. I can’t complain about any player, and you can see that with the result. Oscar Mingueza, Riqui (Puig) when they came on, they all worked hard off the bench, no exceptions.”