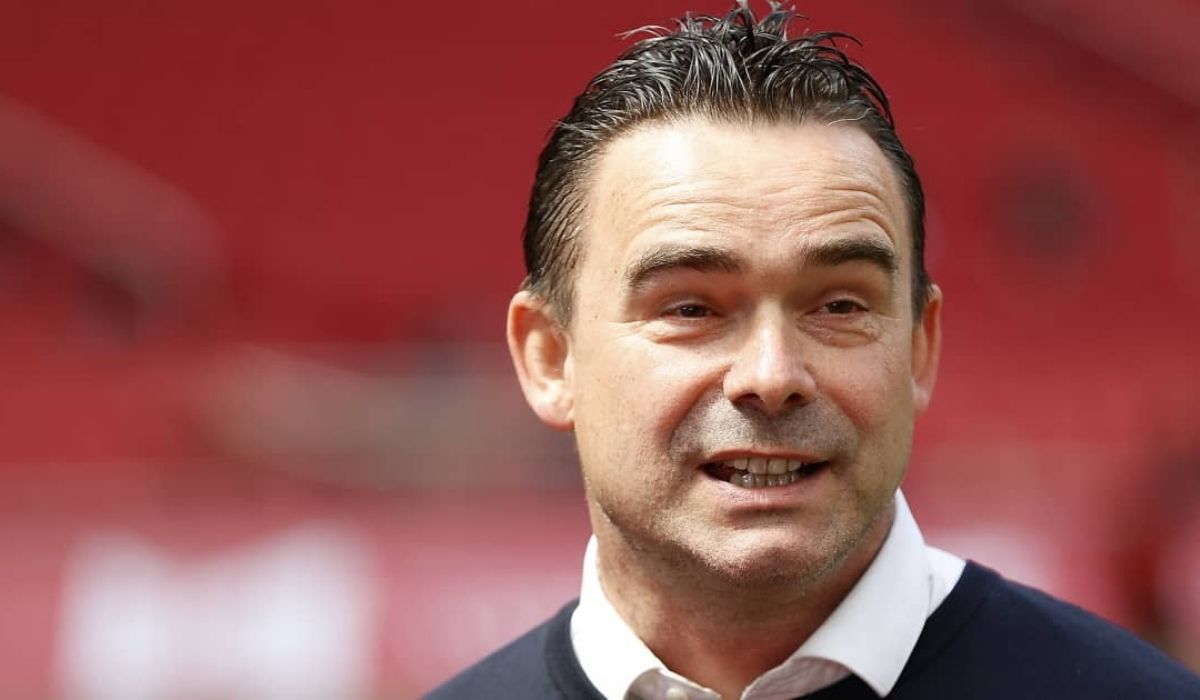 Former Arsenal legend and Ajax director of football, Marc Overmars has quit his position after he admitted to having sent inappropriate messages to female colleagues. The former winger held his role at Ajax for nearly a decade and had also recently extended his contract.

Marc Overmars was famously known for his spell with Ajax. After joining the Dutch side in 1992, he enjoyed the most successful period of his career. His five-year stint saw him win three league cups and a Champions League trophy. The success there saw him make the big move to England where he joined Arsenal. After winning the domestic double in his short spell there, Overmars joined the Spanish giants, Barcelona in 2000 where he also hung his boots.

Unfortunately, he could not end his career on a high note as his duration with the club was also considered their worst phase. Without winning a single silverware, he played his last in the 2003/04 season. He then became a part of his childhood club, Go Ahead Eagle’s supervisory board. In July 2012, he joined Ajax as the club’s director of football, which he resigned on 7th February.

“I am ashamed. Last week I was confronted with reports about my behaviour and how this has come across to others. Unfortunately, I didn’t realise that I was crossing the line with this, but that was made clear to me in recent days. I suddenly felt enormous pressure. I apologise.

Certainly, for someone in my position, this behaviour is unacceptable. I now see that too. But it is too late. I see no other option but to leave Ajax. This also has a major impact on my private situation. That is why I ask everyone to leave me and my family alone.” Marc Overmars addressed the club’s official site regarding the situation.

Having been in the role for almost 10 years, he was expected to continue further. Overmars had recently signed a new contract until the 2025/26 season. However, his career has witnessed an abrupt end. Ajax’s supervisory board chairman, Lee Meijaard also cited his opinion saying, “This is a dramatic situation for everyone who is involved in any way. It is devastating for the women who have had to deal with the behaviour.

When we heard news of this, we immediately acted, carefully deliberating and weighing what was the best thing to do – all in consultation with CEO Edwin van der Sar and assisted by an external expert.

Marc is probably the best football director that Ajax has had. We upgraded and extended his contract for a reason. But unfortunately, he has really gone over the line, so continuing as director was not an option, as he recognised himself. It is extremely painful for everyone. I want to express the wish that everyone involved is given the peace and privacy to process this.”

The 48-year-old’s former teammate and ex-Manchester United goalkeeper also added, saying,” I find the situation appalling for everyone and I agree with Leen Meijaard’s words. In my role, I also feel responsible to help colleagues. A safe sport and working climate is very important. We will pay even more attention to this in the near future.

“Marc and I have been playing together since the early 1990s, first at Ajax and then with the national team and we have been colleagues in the management of Ajax for almost 10 years now. That has now come to a very abrupt end. We are working on something very wonderful here at Ajax, so this news will also be a blow to everyone who cares about Ajax.”