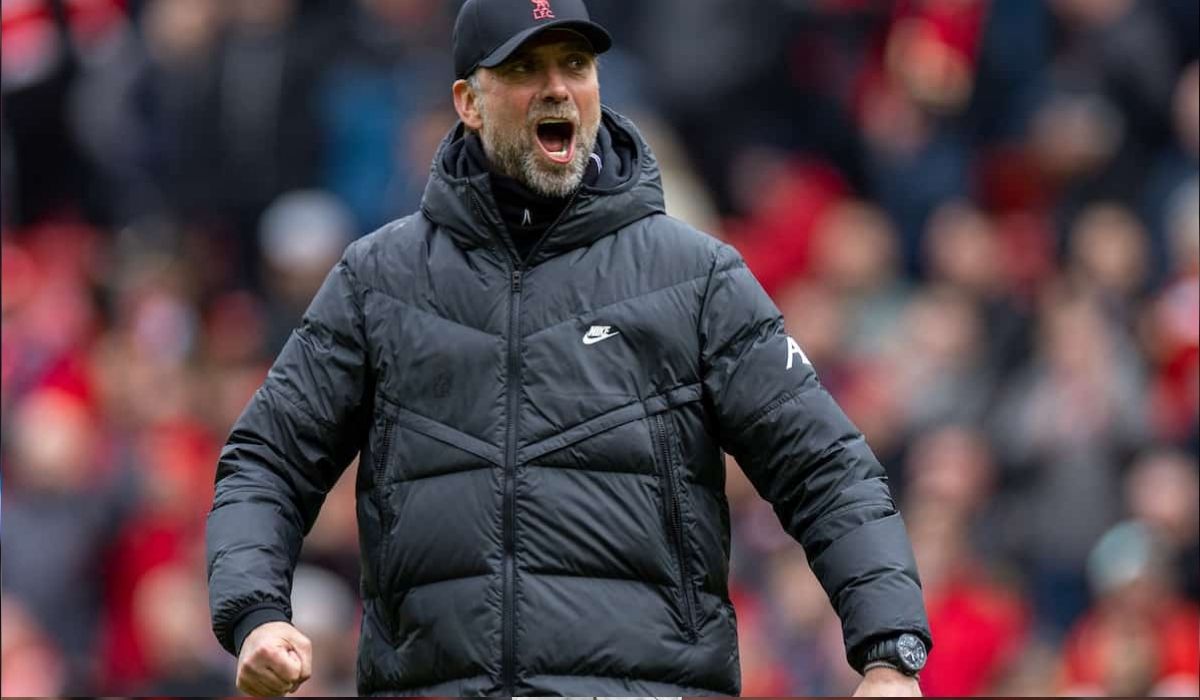 Liverpool was a side that was struggling for a long time and all of a sudden Jurgen Klopp happened. The German manager joined the Reds in 2015 and the journey for them since then has been simply marvelous. Klopp turned the club into one of the most dangerous clubs in the world. And making the occasion merrier ahead of a possible quadruple, Klopp extended his stay at Anfield till 2026.

The manager’s work was well noticed by Liverpool during his time at Borussia Dortmund. And the hierarchy was expecting a similar response with the English side. It took him only two years to return the club back to where it belonged. Liverpool won their sixth Champions League title in 2019, and the following season, he gifted the fans their long-awaited dream.

Liverpool won the first Premier League title and also their first league title in 30 years. In the ongoing season, he is only inches away from doing the impossible. Liverpool won the Carabao Cup a couple of months ago and are very much alive in the other competitions. If Klopp’s side manages to win the remaining titles, they could become the first side in football history to win the true quadruple.

And all the feats he has achieved so far have been done with just half the money their biggest rivals Manchester United have spent since his arrival. It is hard to even think where the club would have been had they not appointed it. But we can always think hypothetically. Klopp wasn’t the only person on the Premier League’s sides list. Five more managers were shortlisted but they were lucky enough to end up with the 54-year-old. However, let us take a look at where the other contenders are now and how they have fared when compared to Klopp:

The Italian manager was without a club at the time Liverpool were on the hunt for one. While Brendan Rodgers was sacked there, Ancelotti was treated the same by Real Madrid. Despite being kicked out by the greatest club, he was the second favourite to land the job at Liverpool.

But that interview failed and Ancelotti did not get the post. He was out of work for a year and returned to management in 2016 after being appointed by Bayern Munich. Although he won the Bundesliga title in the first season, he was sacked at the start of the next one following a poor start.

He then managed Napoli for a season before joining Everton. At the Merseyside club, Ancelotti stayed for a year-and-a-half, but he joined Real Madrid once again after they had parted ways with Zinedine Zidane. The 62-year-old is a point away from winning the league title and could potentially meet the side that rejected him in the Champions League final.

Walter Mazzarri was a famous name in Italy, and his work with Napoli had been the outline of his works. He had then joined Inter Milan, a spell that did not quite work like his previous one. He was sacked just after a year, but the Reds considered him an option as Rodger’s successor.

Although he did not land the role, he moved to the Premier League a season later when he became Watford’s manager. The Hornets also relieved him of his duties after one season despite keeping the side in the Premier League. After the English journey failed, Mazzarri returned to Italy where he managed Torino for a couple of years. He is currently in charge of the Serie A side Cagliari.

If we could simply explain the outcome, it would be, that Liverpool saved a ‘catastrophe’ by not appointing the Dutchman. Frank de Boer was in charge of Ajax at the time Liverpool came calling. No one would have expected the outcome as he had won four Eredivisie titles in a row. After Liverpool overlooked him in 2015, de Boer left Ajax a season later and joined Inter Milan.

And nothing has gone uphill for the clubs and him since then. Frank de Boer lasted only 84 days at the San Siro stadium before the club sacked him. He was then appointed by the Premier League side, Crystal Palace who broke Inter’s record and sacked him in 77 days. That stint was followed by one with MLS side Atlanta United, where he managed six months. His last job was for the national side but was axed by the Netherlands after the country was knocked out in the round of 16 by the Czech Republic from Euro 2020.

Ronald Koeman was a highly recognized man at that time in the Premier League. He was doing an exceptional job at Southampton at that time because of which Liverpool had shortlisted him for their vacant spot. However, they decided not to go with him and the Dutchman completed that season with the Eagles before joining Everton.

The ex-defender was sacked 15 months later, but he soon took charge of the Netherlands in 2018. He was successfully supervising there, but he left it in 2020 to help out Barcelona. However, that turned out worse as he was sacked after leading Barcelona to their worst start in 25 years. He is once again set to take charge of the Netherlands after this year’s World Cup.

Signing Diego Simeone would not have been bad, but the fans are grateful for not having chosen him. The Argentinian might be doing extremely well for Atletico Madrid, but his style of football was inverse to that of Klopp’s. Simeone is a man who likes to defend as much as possible. And that would not be a sight the Liverpool faithful would have enjoyed.

Both sides faced each other in the Champions League group stage. And the result indicated why choosing Klopp was the right choice for the Reds. Liverpool won both the fixtures and have progressed to the semi-finals. Simeone has been in charge of Atletico since 2011, and he is probably going to stay there for many more.