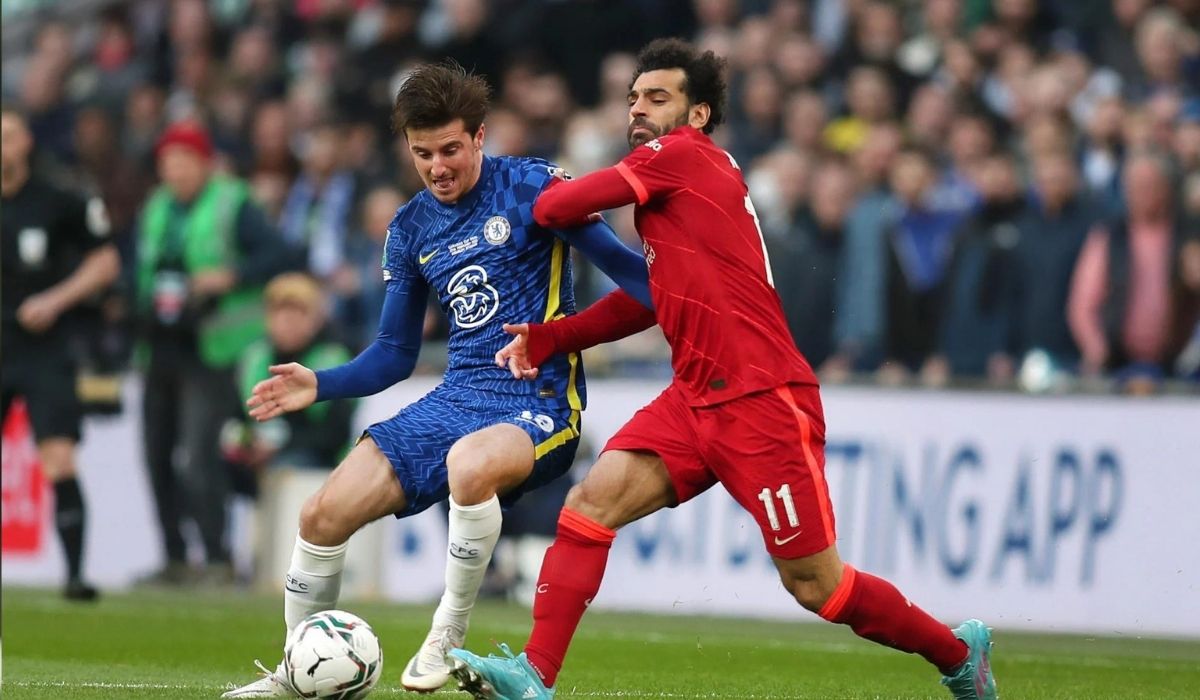 The 2021/22 Premier League season has witnessed lots of twists and turns since it began in August. And with just one more month remaining for this season to end, we are yet to find out the title winner. Manchester City was looking comfortable at a point in time, but Liverpool caught up with the 12-point gap.

Now, they are separated by only a point and it looks like the winner could be decided in the final fixture only. Chelsea were contenders, but they have dropped points and currently, a third-place finish looks probable for them. The fourth place, however, has got four suitors.

Tottenham Hotspur is currently in that position after some good displays. But Arsenal, West Ham and Manchester United are fighting for that spot as well. The goalscoring chart is currently led by Mohamed Salah. He was leading by a great margin, but players have caught up to him and with seven matches left, the podium is Salah’s to lose. Keeping that in mind, let us look at five of the leading goalscorers this season:

It is a pitiful season for the highest scorer of all time at Manchester United. Returning to Old Trafford sparked plenty of commotion and it was even considered that the club would compete for the title. As of now, they are struggling to make it even to the top-4 to keep their Champions League hopes alive.

Despite the horrendous season they are having, the 37-year-old forward has been the standout player for them. With 12 goals to his name, he not only is their highest goalscorer but also ranks fifth in the Premier League golden boot race. He also scored his second hattrick with the Red Devils in the 3-2 win against Tottenham last month.

The Liverpool forward might not be at his best when it comes to scoring goals this season, yet he has been crucial for his side which is challenging City for the title. Sadio Mane has scored 13 goals so far, which is likely to increase further as only a few more fixtures remain.

He was the joint Golden Boot winner alongside his teammate Mohamed Salah and Pierre-Emerick Aubameyang in the 2018/19 season, but his form has seen a drought since. Although his contributions have been crucial, it hasn’t helped him be the contender for the highest goalscorer.

Another Liverpool player to make the list alongside Mane is Diogo Jota. The Portuguese joined the Reds from Wolverhampton Wanders and has been an incredible signing. Initially joined as a backup for them, Jota has etched himself as a regular forward ahead of Roberto Firmino. Injuries spoiled his debut season, but he has covered that deficit in the second season.

He has scored 15 goals so which is brilliant for a player playing his first full season. The club recruited Luis Diaz this January who has been excellent so far. Jota might have a contender for his spot, but he can retain it if he maintains his form.

Tottenham Hotspur have had a bad start to this season. But it has been overcome by the new manager. Antonio Conte started his tenure inconsistently but the recent run has put them as the likely team to finish fourth in the Premier League.

Moreover, he has got the famous duo of Harry Kane and Son Heung-Min firing back again. Kane might be a little behind when it comes to his standards, but Son is the only player who could steal the Golden Boot title from the leader. His hat-trick against Aston Villa served a serious boost to his tally as he currently sits with 17 goals to his name.

The Egyptian king has been unplayable ever since he joined Liverpool. The two-time Golden Boot winner lost the title to Kane last season and is keen on grabbing his third in the Premier League. Salah’s average has been just below 24 goals per season, which can increase as he has seven more games to add more goals to his tally.

His performance ahead will also be crucial for the Reds as they need to win every remaining fixture and hope City falters in order to lift their second Premier League title. Liverpool will try their best to make him sign a new contract, as losing him to a rival could haunt them in the future.