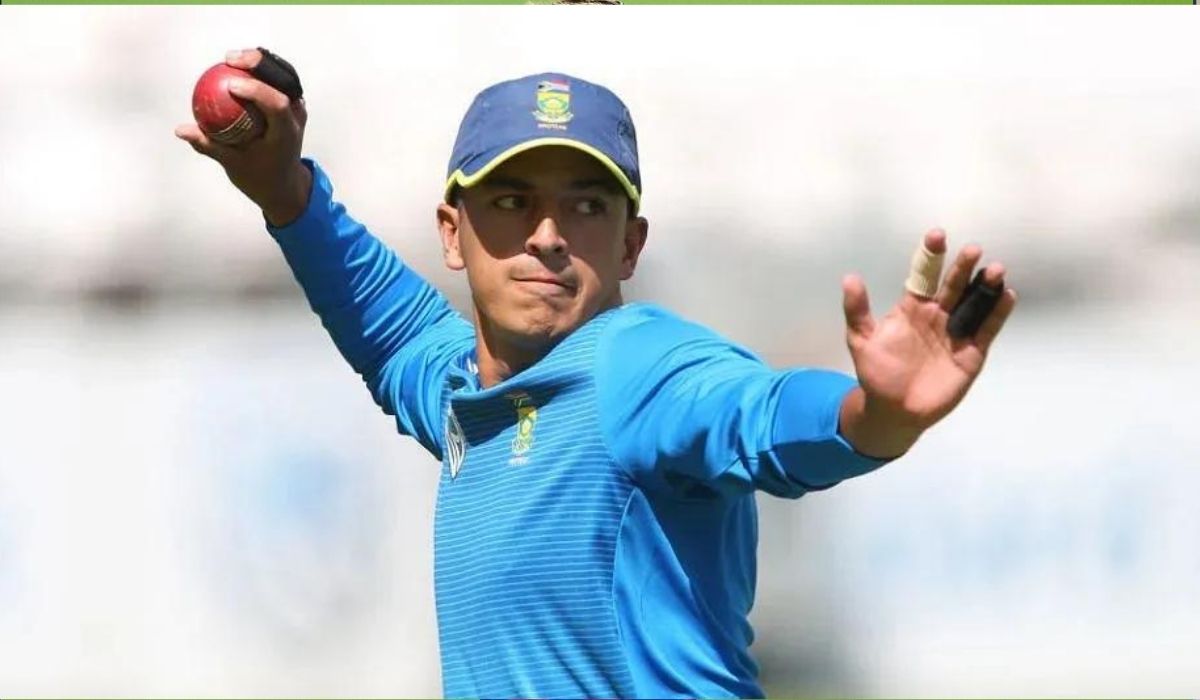 South Africa batter Zubayr Hamza has tested positive for a prohibited substance under the ICC’s anti-doping code. According to the release by Cricket South Africa, Hamza has agreed to a voluntary suspension.

The board later released a statement saying that “the positive test followed an ICC anti-doping test on the 17 January 2022.”

Hamza has agreed to a voluntary suspension: ICC

The Cricket South Africa’s statement further said Hamza is “not disputing” the positive test, is “cooperating fully with the ICC” and his suspension will begin immediately, and the anti-doping council has accepted his written note regarding the suspension.

“Zubayr is not disputing the positive test, is co-operating fully with the ICC, and has agreed to a voluntary suspension commencing immediately whilst written submissions are presented to the ICC,” it added.

The board confirmed that Hamza’s sample had Furosemide, a substance that has been banned by the anti-doping code. The board also confirmed that it is not a ‘performance-enhancing substance’ and Hamza was able to identify how it entered his system.

“The positive test relates to the substance Furosemide, which is not a performance-enhancing substance, and Zubayr has been able to identify how the substance entered his system”, the statement continued.

Now, Hamza must present significant evidence that there is ‘no significant fault or negligence on the part of Zubayr Hamza’.

The statement also said that the boards will support him to undergo proper tests until the matter is concluded.

CSA, SACA and WPCA are supporting Zubayr in this process, and will continue to do so until the matter is concluded,” the statement further said.

The 26-year-old made his Test debut against Pakistan in early 2019. In fact, he was the 100th player to represent the country in red-ball cricket since its readmission.

Despite making his Test debut in 2019, he had to wait for a year to get into the team for ODIs. His debut in white-ball cricket came against the Netherlands last year. He made 56 on his debut but unfortunately, the match was washed out. Soon, the series got called off because of the Omicron variant of Covid.

Hamza has six Tests overall and was in the frontline for both Tests and ODIs squad in the ongoing series against Bangladesh. However, he had withdrawn from both the squad due to “personal reasons”.

Meanwhile, South Africa has lost the ODI series after going down 1-2 in the series. In the final ODI, the team managed only 154 as Taskin Ahmed ran through the batting order to return with five wickets.

The skipper Tamim Iqbal led the team from the front as he remained unbeaten at 87 while Litton Das got out for a well-made 48. The team crossed the total with nine wickets in hand. This is the first-ever series win for Bangladesh men over South Africa. Taskin Ahmed grabbed both Player of the match as well as player of the series awards. The pacer ended with eight wickets from his three matches.