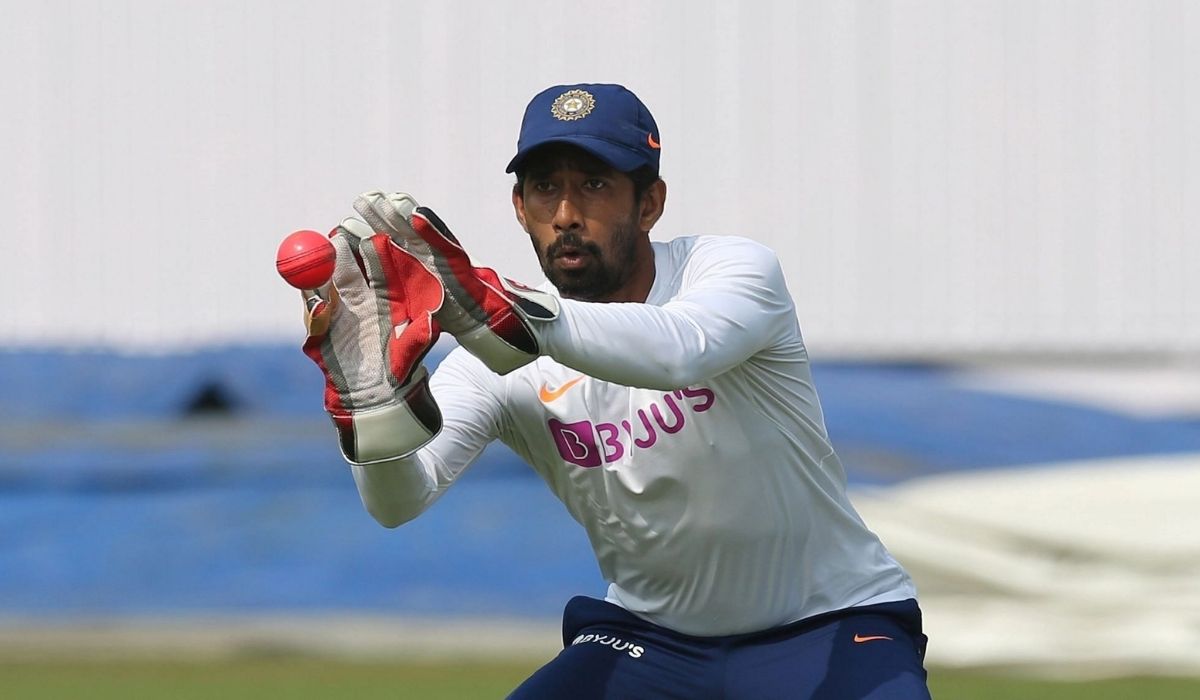 Wriddhiman Saha’s childhood coach Jayanta has reacted to the recent saga that has been going around the cricketer for the past couple of days.

Talking to India Today, Saha’s coach said that he is deeply hurt by the wicket-keeper’s exclusion from the two-match Test series. He appreciated Indian coach Rahul Dravid for having a talk with Saha but had questioned his exclusion as Saha is one of the fittest cricketers around.

“On what criteria has this decision been taken? This is my question. If you are going to select a player, regardless of any team, the criteria are always fitness and performance. If age is not a criterion, then on what basis has he not been picked? What is the problem? Even in the squad, there are senior cricketers, why Wriddhiman Saha alone will be dropped from the side?” Jayanta said.

Indian selectors have opted for youngsters for the upcoming tours and had told Saha that he wouldn’t be considered for selection. Indian coach Dravid had suggested retirement as well.

‘He knows when to stop’

Stressing that Saha is one of the fittest cricketers around, Jayanta said that every professional has their own time to retire and Saha has at least a couple of years of cricket left in him.

“Not just a player, every professional has a particular time to retire. Even Saha has the right time to retire and he knows it very well. He is not someone who talks loose, he is honest and serious about his performance, results and fitness. He is mentally strong even now. He doesn’t want to lose. He knows when to stop,” Jayanta added.

“He is 37, I understand. But if his fitness and performance are alright, he can play for another 2-3 years. Every player, even the great Sunil Gavaskar, Sachin Tendulkar and Brian Lara, have retired. But there’s a time for it. It’s not like he is trying to extend his career by a year or two. He is an honest person who knows when to stop. He takes his performance seriously. If you look at the Indian team, in the fitness tests, Saha always is in the top 3 – Virat Kohli, Ravindra Jadeja and then Wriddhiman Saha.”

‘Saha is still No.1 wicketkeeper in the world’

Talking about Rahul Dravid’s comments, Jayanta said that he said the Indian coach is a gentleman but had questioned the selection criteria as India has other players who are in their late 30. He also mentioned that Saha is still the number one wicket-keeper in the world.

“Rahul Dravid is a gentleman. I have heard what he has said. It’s alright. But then, even now Indian team has players who are in their late 30s. Everyone knows that Wriddhiman Saha is still the No.1 wicketkeeper in the world. Then, what is the problem?” Jayant said. “There should not be different criteria for different people when it comes to selection. That’s unfair. How can this happen?”

Jayanta concluded his interview by mentioning that Saha is mentally very strong. He also added that he is very hurt as a player like Saha has been removed from the team without proper reason.

“I spoke to Wriddhiman Saha this morning. He is mentally very strong. His mental strength won’t be affected because of all this. He is exceptional.

“But what hurts me is Saha is someone who loves the sport, contributed so much to his country and sport but he has been left out without a proper criterion,” Jayanta concluded.

Saha’s last match for India came against New Zealand last year. He performed well in that game, scoring a fighting fifty despite an issue with his neck.

He was then selected for the South Africa series but didn’t feature in any of the matches. Saha had decided to skip Ranji Trophy in order to spend some time with the family as his wife had recently recovered from illness. He was picked up by Gujarat Titans in the mega auction which happened on February 12th and 13th.