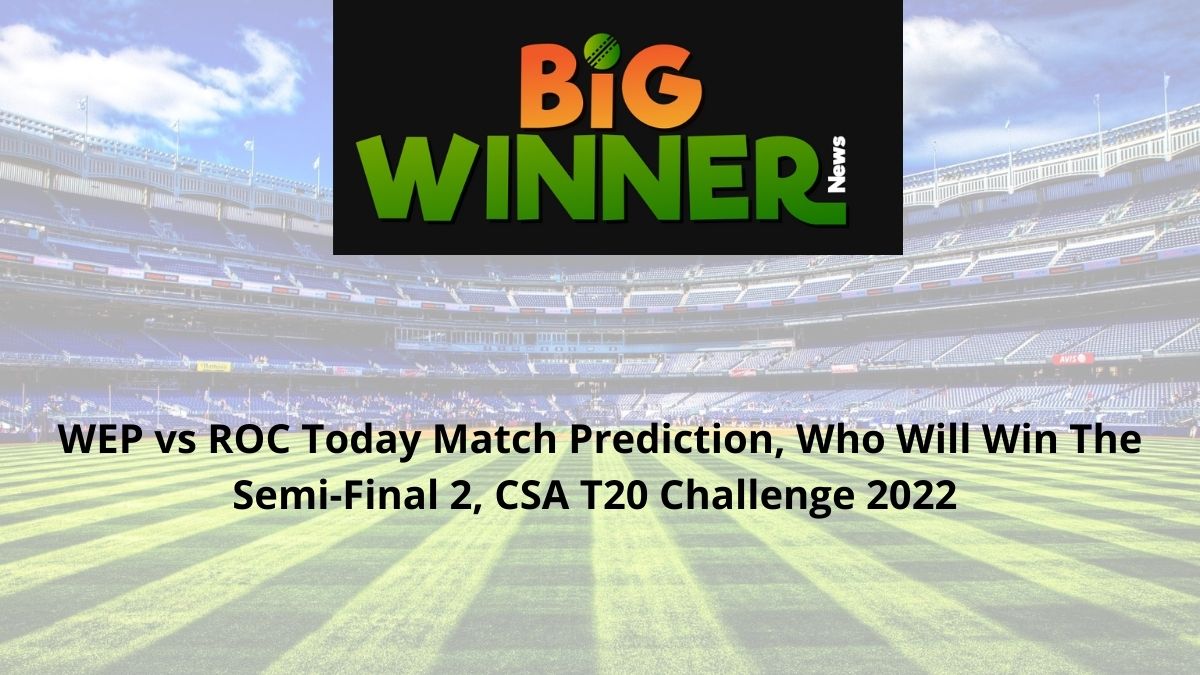 Our Experts bring you the finest today’s match prediction that you can trust. We are here for WEP vs ROC, Today Match Prediction, Semi-Final 2, CSA T20 Challenge 2022, Online Cricket Betting Tips, which will provide every user with a clear picture of which team and in what aspect they can place their bets.

Western Province lost two matches which has dented their chances to reach the finals this season. They lost against Dolphins by 65 runs in their last match after getting bowled out to 83 runs only.

Rocks also known as Boland, managed to reach the semi-finals round with fantastic comeback this season. They finished group stage in 3rd position with 17 points from 4 wins. They won 4 matches out of last 5 but lost against Knights by just 3 runs in the last match.

The temperature is expected to hover around 25°C on the match-day with 77% humidity and 28 km/h wind speed. There are 04% chances of precipitation during the game.

St George’s Park pitch has been balanced for both batsmen and bowlers in the past but bowlers received more help this year. Average score on this pitch is around 150 runs so any total of 160 plus runs will be a defendable for any team on Friday evening.

Western Province finished this season in 2nd position in group stage fixtures but have struggled in the last few matches. Rocks have been excellent in last few matches after a poor start to their season. But Western Province remain favorites for this clash with 3 wins in last 5 matches against Boland side. They also managed to win their latest fixture against Rocks by 6 wickets.

The veteran South African wicket-keeper batsman is leading most-runs chart for the Western Province this year. Dane Vilas has scored 183 runs in 7 matches with an average of 45.75 and a strike rate of 127.97 so far.

The experienced right-handed batsman and team captain is leading by example this season and deserves to be at the top. He is also leading the most-runs chart in this tournament with 240 runs in 7 matches with an average of 40.00 and a strike rate of 121.82.

The domestic star-spinner is leading most-wickets charts in this tournament despite missing a match this season. He has taken 11 wickets in just 6 matches with an average of 12.18 and an economy rate of 5.82 so far.

The right-arm South African pacer has missed four matches but has been a star player for the Rocks in last 2 matches including against Knights where he took 5 wickets. Abrahams has taken 8 wickets in just 3 matches with an average of 10.75 and an economy rate of 7.81 so far.