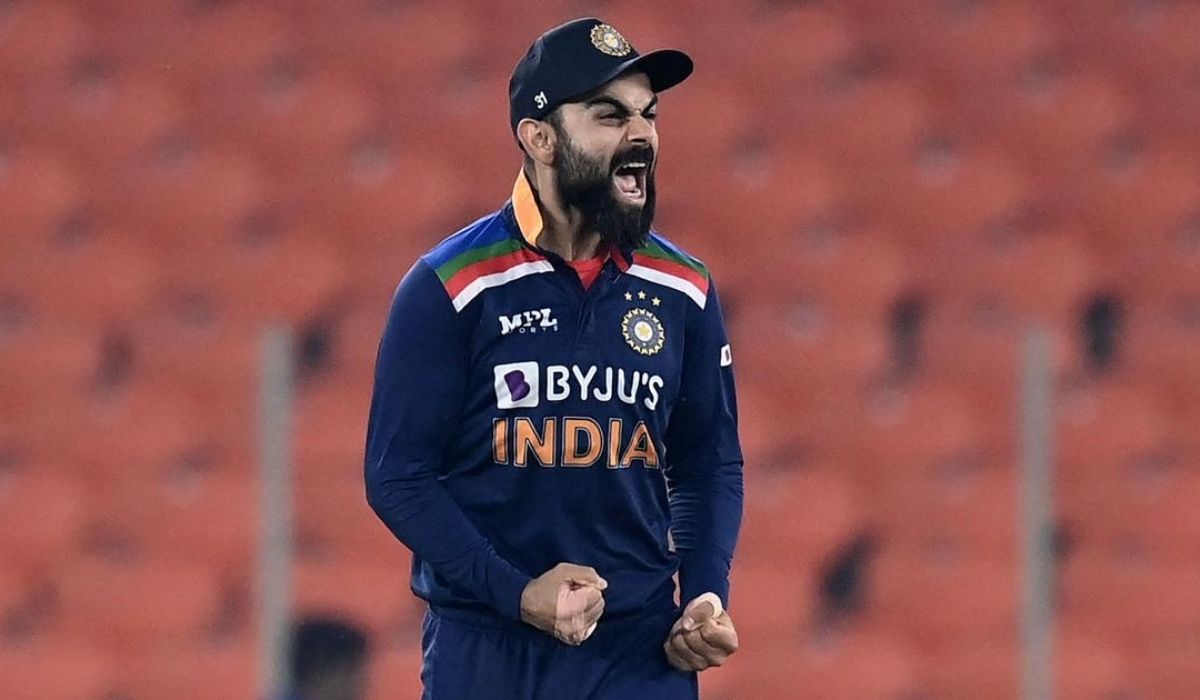 Days after relinquishing from the captaincy in all the formats, Virat Kohli took the field as non-captain for the first time in 1000-plus days. However, It didn’t stop the Indian batter from taking the aggressive route. Kohli, who is known for wearing his heart on his sleeves, had a heated argument with South African skipper Temba Bavuma during the first ODI at Boland Park on Wednesday.

The incident took place in the 36th over of the first innings which were also the final over of Yuzhvendra Chahal’s spell. Bavuma played an outside-off delivery towards the cover region where Kohli was placed at the short cover. Bavuma was trying to take a single and Kohli was quick enough to throw the ball back, having a shy at the stumps.

The ball went a bit wide, making it difficult for wicket-keeper Rishabh Pant to grab it. Bavuma then tried to run for the over-throw but stopped. The attempt didn’t go well with the former Indian captain.

Kohli was visibly furious as he immediately turned back to have a few words with the South African skipper. The latter was also seen uttering a few words. However, the heated argument didn’t go any further as the players went on with the game.

Here is the video:

Kohli’s 1st match as non-captain in 1000-plus days

After MS Dhoni stepped down from the captaincy in 2014, Kohli took up the duty. He then went on to captain the Indian side in all three formats until 2021.

In 2021, right after an abysmal performance in the World Cup, Kohli announced that he would step down from the T20I captaincy.

BCCI then announced that Rohit Sharma would be the captain of ODIs as the Board doesn’t believe in ‘split captaincy’ while Kohli remained as the Test captain.

India then toured South Africa and made a brilliant start to the tour by winning the first Test at Centurion. However, things went south as the team couldn’t keep up the winning momentum and had lost the next two Tests, eventually losing the series.

Within hours after the loss, Kohli had announced that he would step down from the Test captaincy as well. India are yet to find a new Test captain and the decision will be taken right before the home Test series against Sri Lanka.

India and South Africa now will lock horns for the 2nd ODI on Friday at Boland Park once again. A win here will help South Africa to take an unassailable lead in the series.

Temba Bavuma called it right at the toss and opted for batting in the first ODI. The comeback man Quinton de Kock and Janneman Malan opened the innings for Proteas, but the latter got out to the vice-captain Bumrah in the fifth over. Soon, South Africa found themselves at 68/3 giving the edge to the Indian team on a pretty flat pitch.

When India was dominating the session, Temba Bavuma and Rassie van der Dussen revived South Africa’s innings by adding 204 runs for the 4th wicket. Bavuma got out for 110 from 143 deliveries. Whereas, van der Dussen stood unbeaten on 129 off 96 and helped the team to reach 296.

Almost all the Indian bowlers returned expensive with Jasprit Bumrah being the pick of the bowlers with 2/48.

Chasing a tricky total, India lost the stand-in captain KL Rahul early but Shikhar Dhawan and Virat Kohli helped India to recover. The duo added 92 runs for the 2nd wicket. Dhawan, who dominated the partnership, was the first to go after 84-ball 79. Kohli followed a few overs later after making yet another fifty.

The South African bowlers then ran through the inexperienced Indian middle-order pushing them backwards in the chase. As India kept losing wickets, Thakur was left stranded at one end. Batting in the lower order, Thakur stood unbeaten on 50 but it was just too late for the Indian as they fell 31 runs short of the target. This is India’s third consecutive loss in the tour. The team had lost the last two Test matches and ended the series on a low note.

Speaking after the win during the post-match presentation, Bavuma said that his team had played ‘close to a perfect game’.

“We played close to a perfect game, that’s quite hard in 50-over cricket. We can take a lot of confidence. I struggled throughout the innings, Rassie seemed like batting on another wicket. That partnership was the decider. I tried to partner him as much as I could”, he said. Rassie van der Dussen was the player of the match for his hundred.

Bavuma also spoke high of Marco Jansen who made his debut on Wednesday. “Another good debut for him (Jansen), we feel he can take wickets with the new ball. He’s growing from strength to strength and it’s nice to see,” he said.