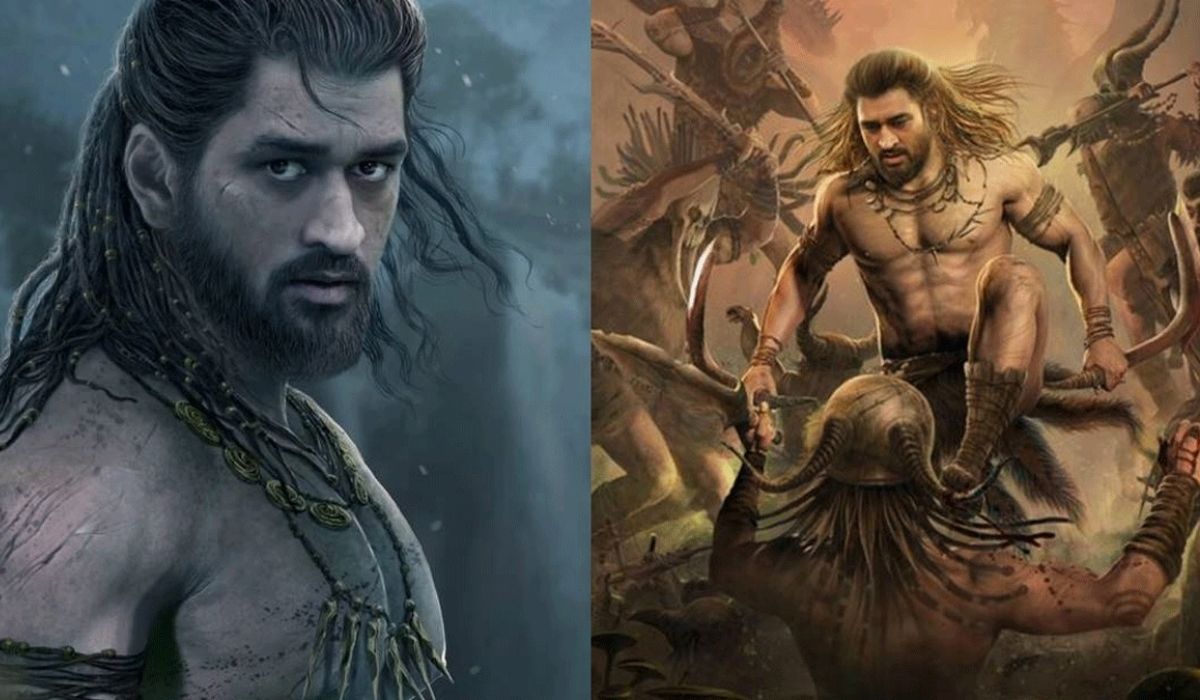 The Former Indian captain MS Dhoni has released the first look of his graphic novel titled Atharva: The Origin on Wednesday. The motion poster, which got released today, has none other than MS Dhoni in an animated version as the superhero and a leader. It looks like a treat to the fans who were given a glimpse into the world of Atharva. In the clip, one can see the avatar of Dhoni fighting a demon-like army.

Taking us to the world of Atharva, the graphical novel which is authored by Ramesh Thamilmani, headed byMVM Vel Mohan and produced by Vincent Adaikalaraj and Ashok Manor, features a racy narrative and more than 150 illustrations. In order to give the audience an interesting and unforgettable experience, the team has worked for several years to introduce us to the World of Atharva. Touted to be a mythological sci-fi web series, it is backed by Dhoni Entertainment.

Earlier, in 2020, Sakshi Dhoni, who is the managing director of Dhoni Entertainment, spoke about the new age graphical unreleased novel.

Sakshi revealed that the novel explores the story of a mysterious Aghori who has secrets that could alter a lot of aspects.

“The book is a mythological sci-fi that explores the journey of a mysterious Aghori who has been captured at a high-tech facility. The secrets revealed by this Aghori could alter the myths of the ancient, beliefs of the existing, and course of the forthcoming,” she said.

When asked about why they had opted for a web series rather than a feature film, Sakshi said that the web series would fit their requirements better.

“We would like to ensure that we execute all the aspects of this universe and bring out every character and story to the screen, with as much precision as possible. Web-series fit our purpose better than adapting it into a feature film,” Sakshi said in a statement previously, according to Indian Express.

It will leave every reader wanting for more: MS Dhoni

MS Dhoni took to social media to share the teaser along with a clip where he commented on how excited he is for the upcoming project. He appreciated the artwork and the story written by the author Ramesh Thamilmani.

Commenting on the project, MS Dhoni said, “I am thrilled to be associated with this project and it is indeed an exciting venture. Atharva – The Origin is a captivating graphic novel with an engaging story and immersive artwork. Author Ramesh Thamilmani’s attempt to launch India’s first mythological superhero with a contemporary twist will leave every reader wanting for more.”

Dhoni, who had retired from international cricket, has been exploring different ventures in recent times and this is one of them. The couple founded Dhoni Entertainment just a few years ago. The agency already has released its first project- The Roar of the Lion. A docu-series for Disney+ Hotstar. The series revolves around the Chennai Super Kings team, their journey and their comeback from suspension.

Dhoni will return to cricket with IPL 2022

Dhoni will once again lead the Chennai Super Kings in the upcoming edition of the IPL. He was the second player to be retained by the franchise ahead of the Mega Auction. Ravindra Jadeja was the first pick and the all-rounder’s salary cap is INR 16 Crore while MS Dhoni would receive INR 12 Crore.

The defending champions have also retained the last edition’s Orange Cap winner Ruturaj Gaikwad and England All-rounder Moeen Ali. Apart from all these players, the franchise can pick as many as 21 players from the 590 players shortlisted for the auction with not more than 7 overseas players.

The preparation for the auction has already started as Dhoni recently landed in Chennai to take part in the discussion. However, there is no clue whether he would be available on the auction day which is all set to take place on February 12 and 13 in Bengaluru.

The upcoming edition is likely to take place in the first week of March. Chennai Super Kings will be keen to defend their trophy as a title win here would help them equal Mumbai Indians’ record of most number of titles in the IPL history.